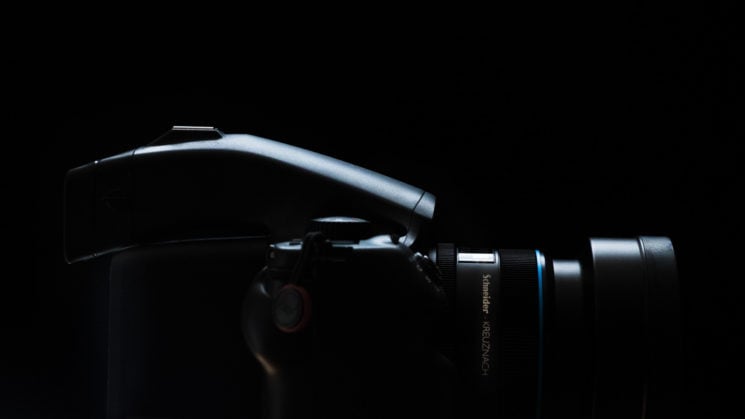 Digital medium format cameras hit the market in 1992, with Leaf’s release of the DCB. At the time, this 4mp back launched what would be a tremendous resurgence of medium format photography, primarily within commercial and portrait markets. But why? These systems cost anywhere from 4-10 times what flagship DSLRs cost. Are they really that much better?

To answer that question, I turned to some of my fellow medium format professional photographers to get their take on why they choose a larger format. Do these larger sensors make that much of a difference? I started by asking my friend Nick Lukey. Nick specializes in Fine Art Landscape photography. I figured, if I really want to get an idea on the advantage of a larger sensor, then why not ask someone who photographs a larger subject? 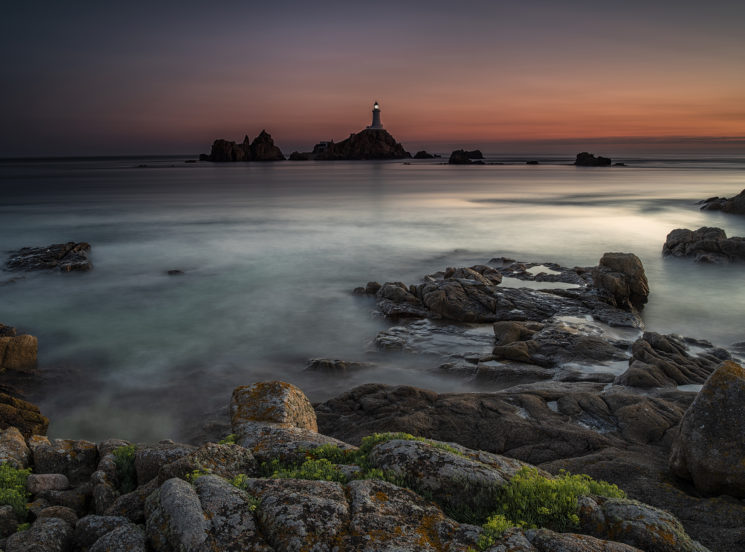 Image by Nick Lukey of The Big Picture Gallery. Shot with the Pentax 645Z.

“It’s hard to describe. I would say the color is almost ethereal…” Nick speaks of his experience with the Phase One P21 18mp back and more recent switch to the 50mp Pentax 645Z. “The color has a richness that you can’t get from [other systems].”

Nick and I talked about how much more of a challenge medium format is and how we feel sometimes that advanced DSLRs “dumbed down photography”, by capturing hundreds and even thousands of photos within the span of a minute. You can keep “spraying” until you get a good shot.

“It’s not forgiving.” He explains that with as much detail as the larger sensor picks up, any flaws in your technique will be seen. The slower and more thoughtful process of shooting medium format gives what Nick calls “a classic feel of shooting.”

For me, that classic and more thoughtful shooting approach with medium photography pushed my skill as a portrait photographer to new heights. I moved to a Mamiya Leaf system in 2016. I was a film shooter for over a decade but found that I began to lean on the ease of DSLRs. I could shoot enough that I knew something would be “close enough”, that I got lazy.

When I switched to the Mamiya (now owned by Phase One), it was like shooting film again, only with the added benefit of being able to see the image after taking it. The camera is slow to focus, slow to shoot, the files are huge. I had to stop relying on the probability of the camera eventually getting it right and I had to make it right, straight from the start.

Image by Matthew Parks of Parks Newborn Portraiture. Shot with the Mamiya 645DF+ and Leaf Credo 40 digital back.

I improved more within the first six months with the Mamiya than I had in 3 years prior. The detail is incredible; I was blown away by how much I can see in the images I create with the Mamiya. I could see the actual texture of baby skin in ways my Canons and Nikons just never could render.

It’s more than just the number of pixels; it’s the size of the pixels and how they receive and interpret light. There is a 3-Dimensional quality that feels like you could reach out and touch the subject. It’s like you’re looking out a window, not at a picture. 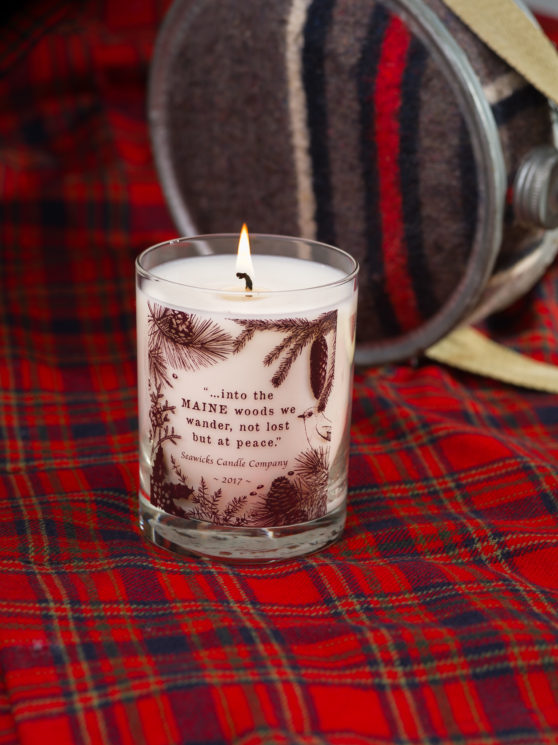 Andrew Davis, a wedding and commercial photographer located in Freeport, ME, recently switched to a 40mp Pentax 645D for product photography. “The resolving power is really quite good.” When photographing products, the smallest details are crucial. Being able to zoom in to 100% crop without loss could be the difference between a product selling or not.

Andrew still uses his Nikon setup, which comprises of both full frame and APS-C. Between the faster performance and the better low light capabilities of the CMOS sensors, he still considers his Nikons to be the better choice.

May Carlson, however, has been using medium format for both her commercial and wedding photography alike. May is a photographer based out of New Braunfels, TX who specializes in film and digital medium format photography. Currently, May is using a Contax 645AF alongside the 50mp Fujifilm GFX.

May was using medium format film for 14 years before buying a DSLR. “I shot 100% film for most of my career. The rising cost of film and processing forced me to add digital into my workflow, becoming what many people call a ‘hybrid shooter’.” She went to Nikon DSLRs for the convenience and economy but wasn’t happy with it. “For 35mm I was shooting Nikon f5 and f100’s, so the move to Nikon digital systems seemed natural.

…matching Nikon digital files to my film scans was way more difficult than I could have ever imagined. The color and skin tones always seemed off which meant I was spending more time editing in front of a computer screen rather than out shooting. I switched to Fujifilm last year with the GFX medium format body.” 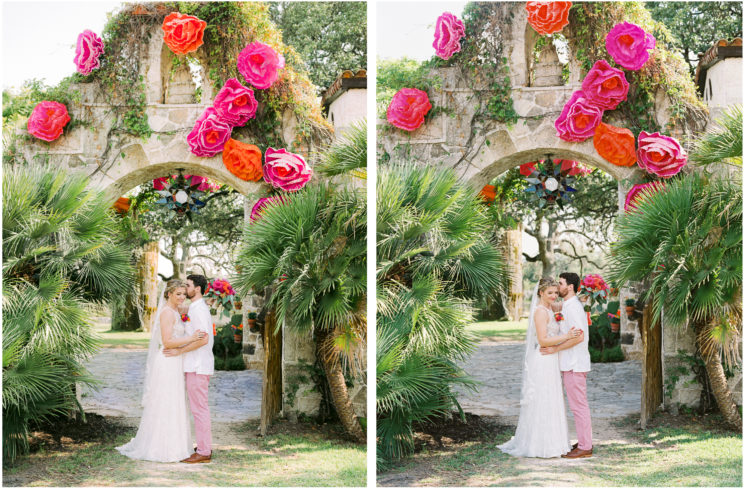 For May, the GFX  “has been a breath of fresh air… the physical size of the sensor vs. that of a full frame or crop sensor is delivering me more accurate color reproduction, greater dynamic range, and silky-smooth tonal range.”

May has been moving more and more into digital for the majority of her work. “I will always LOVE film first, but GFX is making my life so much easier! I have had a long-standing love/hate relationship with digital, the medium format GFX has no doubt brought more love back into the equation.”

Medium format doesn’t fit every job, though. Sterling Hoffman photographs families, commercial headshots, and school photos. He does most of his portraits with the Hasselblad medium format system but uses the Canon 1D X for little ones. “I was photographing this little two-year-old. I used the Canon.”

He describes this little girl being all over the place, not stopping for a second. “If I had used the Hasselblad, I’d have gotten nothing in focus.” He is always seen with the 1D X when doing preschool portraits. For his fine art work, he uses the “Hassy”. “There’s a time and place for each. The quality [from the Hasselblad] sets it apart.” 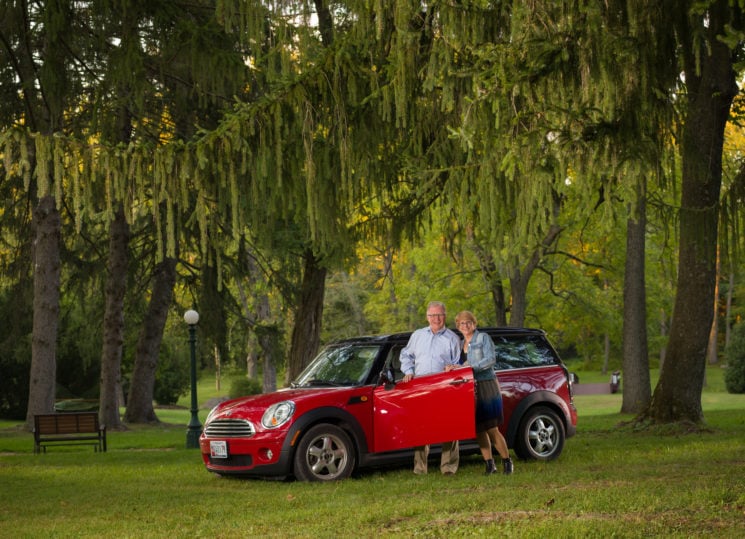 Image by Sterling Hoffman of Sterling Portraits. Shot with the Hasselblad H5D-50C.

Sterling also talked about the “status” of using medium format. “When you show up to a session with a large system like that, people know you’re on a different level from other photographers.” He raised a point with this that resonated with me, as I have definitely brought the Mamiya instead of other systems because of how it is perceived by others. “It’s like a doctor driving a fancy car. It’s a way of saying you’ve made it.”

Brad Cansler, another portrait photographer using Hasselblad also tells about the color depth and overall detail of the medium format systems. Brad is located in Chattanooga and specializes in large printed commercial and family portraits. His work has ended up on billboards and family walls alike.

“They see the difference”, Brad says about his clients. Other photographers in his area saw a steady declined in their work as they transitioned from medium format film to digital. Clients note the high quality of Brad’s images compared to many others they see.

Image by Brad Cansler of Cansler Photography. Shot with the Hasselblad H6D-100C.

The image above is shown in full and at 100% crop. Even at such a closed crop, all of the facial details – from the eyelashes to the smallest freckles – are preserved. Even as the number of pixels increases, DSLRs with 36mm and smaller sensors just don’t render the same amount of detail.

The quality of output from medium format is way beyond what 36mm sensors and smaller will be able to render in the foreseeable future. This doesn’t mean that everyone should go out and buy a $20,000-$50,000 camera setup. Medium format isn’t always the right tool for the job. DSLRs are still far superior in speed, smaller, easier to use, and have compatibility with a far wider expanse of peripherals. However, the quality of the image makes them worth every penny and the prestige of using it may just help you earn enough to justify the cost.

Matthew Parks is a New England based newborn and birth story photographer, husband, and father of three. To find out more, see Matthew's website and follow him on Facebook.

« I bought the new iPad Pro so you don’t have to!
This studio simulation is so good, I am recreating my entire portfolio as CGI »