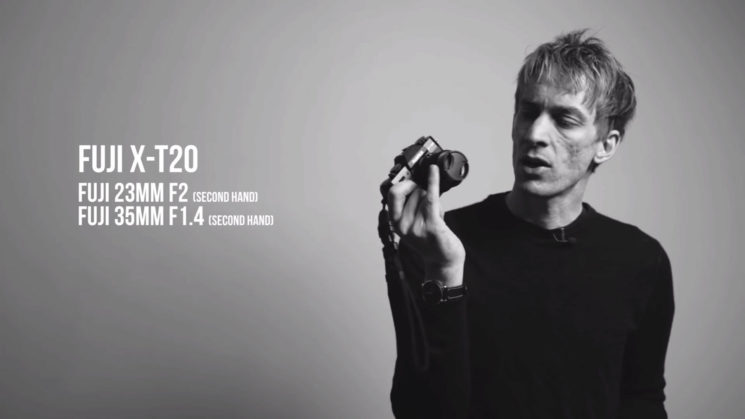 We often hear stories from both sides of the fence on how much gear really matters. And there are many arguments both for and against Gear Acquisition Syndrome (GAS). We all go through the feelings of it at some point. I know I have. Whether or not we act on it is another matter entirely.

Photographer Sean Tucker decided that he was going to switch out his Fuji X100, a camera which he loves and often raves about, for an X-T20. So, he did exactly that. He picked up an X-T20 along with used 23mm and 35mm lenses. When he posted a photo of it to Instagram, he was hit with wildly varying comments, and lots of them. In this video, he talks about them, offers his response.

As Sean describes in the video, when he got the X100, it had its issues, but they didn’t matter. It was a tool for a job, and it managed to satisfy the job’s needs. Its quirks didn’t become an issue. But, over time, the job description changed. The X100 could no longer allow Sean to make the images he now wishes to create.

For a start, he wanted to be able to make more intimate portraits with it. Something which is difficult to do with a lens that gives a field of view equivalent to a 35mm on a full frame body. And, yes, he could have used his Canon gear, but he wanted something more inconspicuous than a big clunky DSLR.

Sometimes, as in Sean’s case, there are legitimate needs for a new piece of gear. Perhaps you want to do something of which your current equipment just isn’t capable. Maybe it just speeds up your workflow. Technological advancements are made with every new generation of cameras that are released.

Surely, if the only thing that mattered was the person holding the camera, then there’d only be one camera, and we’d all be using it, right?

Of course, there is the flip side of this. Where many buy fancy new gear in the mistaken belief that it will make them a better photographer. It will not. Newer technology might make them a luckier photographer. That is to say, you’ve probably got more chance of getting an action shot, for example, with a camera that shoots 20fps, rather than 3fps.

But it’s not going to help you learn how to see light, improve your composition, or make better images.

Zack Arias came out with something great on a Creative Live class he did a few years ago. To Zack, it may have just been a throwaway line that he doesn’t even remember saying now, but it’s stuck with me ever since.

Typically, the smarter the camera, the dumber the photographer

And he’s absolutely right. You can’t rely on the gear to make up for your lack of ability. Because it’s only when you actually get the ability that you truly know whether or not you need any new gear.

But, when you know for sure that you need new gear, and you can give actual legitimate reasons why you need that new gear, then go for it. What’s stopping you?

Does size really matter? Why some pros switched from DSLRs to medium format