Hats off to Fuji for delivering a state of the art firmware update on their two years old X100. 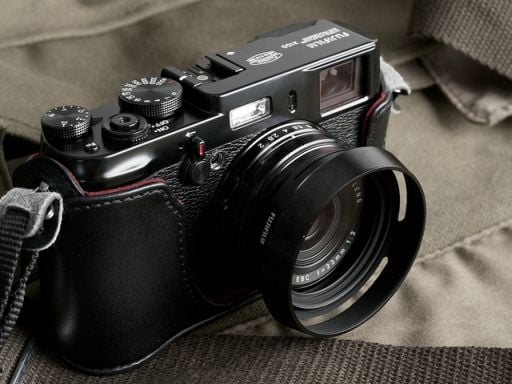 Before going into the details and goodies found in the new load, let me say this. The mere fact that Fuji still provides significant updates to their two older customers is an amazing thing. I think it sets a reference points to other camera makers (cough cough, Nikon) and sets the bar higher for anyone in the market. I also think that this is not enough. Here is why.

First, What Do We Get In This Firmware Load

Fuji X100 owners would be glad to get some amazing new features and significant improvement on many other camera aspects. Mathew Maddock did a full analysis of the upgrade and provided a video showing the results (below), If you just want the main features, here they are.

Why This Upgrade Is An Amazing Thing

Most vendors will release one or two upgrades in the lifetime of a camera, mostly to divert you from changing system for a feature you lacked. Be it Raw Video, Focus Peaking, Better audio and so on.

On the other hand, we know that camera makers deliver camera way more powerful than their specs. (Canon is a good example for that). The list of features we end up getting is sometimes changed by the marketing team and not by the engineers.

So why would a company release an update that is not going to generate any sales or hold users from moving to another system? If anything this update might slow down the move to Fuji’s X100s.

They do it because they care about their customers. Many of the features that are developed for the “next camera” can work on the “previous camera” because they share a similar processor, similar core software and the camera processor has “room” left to do more.

The only reason not to release an update would be that they lack the resources to back-port and test features. And that should be easily fixed

So Fuji taking the time (how little it may be) to take care of their loyal customers is the right thing to do.

Why Is It Not Enough

It is not enough because Fuji is the only one doing it. I would love this to be industry standard. Release new features on old cameras. I really can’t see why this would be too hard on camera makers

It is not enough because it is too late. Come Fuji, you’ve done good here, you would have done even better if you released this a year ago, or better yet when there were still not upgrade options.

It is not enough becasue the camera can do more. This is just my wild guess here, and since the X100 is not firmware broken yet, we can’t really tell. But I think it is not pushed to the limits yet.

Still with me? send Fuji a virtual smile and go upgrade.