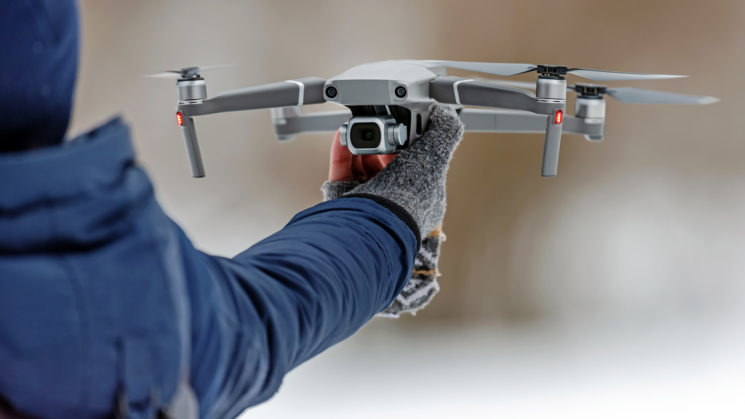 With drones now well and truly here to stay, some close calls, some too close and too many major disruptions, drones regulation is big on the minds of lawmakers around the world. While more laws generally won’t stop those who purposefully intend to break them, authorities are attempting to do something about holding them accountable.

The idea of “Remote ID” is that drones would essentially have a digital license plate. It’s a popular concept, allowing for more freedoms for legitimate users and make it easier to find those who break the rules. The FAA has introduced a Notice of Proposed Rulemaking (NPRM) on how this could be implemented, although DJI is not happy about it.

DJI fully agrees with the idea of Remote ID, but the FAA’s proposal would implement it in such a way that it hampers drone manufacturers and opens up some pretty major privacy concerns for drone pilots themselves.

The FAA posted a 319-page document detailing their proposal for Remote Identification of Unmanned Aircraft Systems, which details the problems, the hurdles, and a potential solution, but the wat they want to implement it… Well, the easiest way to explain it is from the 2,100+ word call-to-action response, by DJI’s Vice President of Policy & Legal Affairs, Brendan Schulman.

What if instead of just a license plate, your car was also legally required to be connected via the internet to a privately run car-tracking service that charged you an annual fee of about 20% of your car’s value, and stored six months of your driving data for government scrutiny? Would you think the government had gone too far?

That essentially seems to be what the FAA wants to do with drones. Your drone would need to be connected to the Internet at all times so that it could be tracked – which means you wouldn’t be able to fly it in the massive areas that don’t get any kind of signal coverage at all – and you’d be charged an annual fee for the benefit of being spied on whenever you were somewhere that you had signal and were actually able to fly.

DJI says that the FAA has “inexplicably declined to adopt good advice”. The FAA convened a group of 74 people to serve as stakeholder representatives on their Remote ID Aviation Rulemaking Committee (ARC), of which 75% present law enforcement, telecom providers, airports, security techs and others who actually stand to gain from the Remote ID system, and even they produced a final report that did not recommend mandatory internet-based services.

Even though Remote ID wasn’t DJI’s idea, DJI has already been running a Remote ID system for the past two years to prove how it could be done effectively. And they’ve managed to do it without placing a massive burden on themselves and at no cost to the end-user.

If you have one of our drones but didn’t notice this feature – because it didn’t cost you any money or impose any hassle – well, that’s the point.

But whether you’re for or against the proposal, the FAA doesn’t seem to have actually provided any explanation why they’ve gone against the advice of their own committee or why they think that this is a good idea.

DJI believes that implementing such a proposal would cripple most commercial operators, due to the added costs involved, and even suggests that it could hinder life-saving rescue missions. The frequency with which drones help to rescue people in the USA is at around once a week, DJI says, and if drones become unable to fly in places where they can’t get an Internet signal (where people are most likely to be cut off from civilisation and need rescuing), well, you can see the problem.

Schulman hopes that everybody who will be adversely affected by this proposal will leave a comment for the FAA to consider. As of writing, the proposal has received over 5,500 comments. But there’s always room for more.