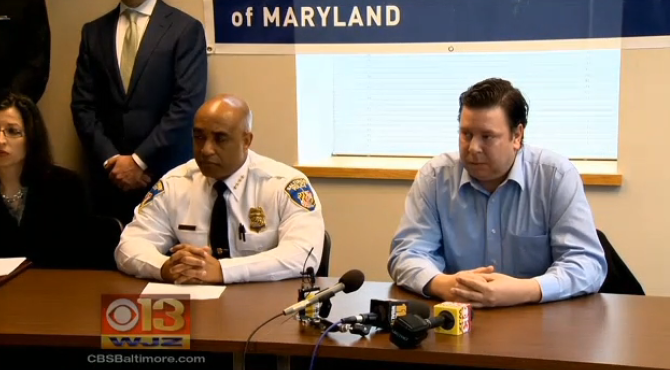 This isn’t the kind of crime you’ll find in The Wire, but it’s pretty big for the photography community. The City of Baltimore has just agreed to pay a fine of $250,000 in a settlement over the “unlawful seizure and destruction” of videos from a citizen’s cell phone. The videos contained footage of Baltimore Police allegedly arresting and beating another person.

The lawsuit was filed by a guy named Christopher Sharp through the American Civil Liberties Union back in 2011. The entire reason the beef got started in the first place was because he was stopped by the police in September 2010 for recording them beating and arresting one of his acquaintances.

The guy went all at it on them too; he blamed them for erasing, along with those videos, many others including personal clips of his son (ah, the power of pathos).

So the police did what was best for them to do at that point: agree to recognize their faults and apologize, along with paying a fine to Sharp and the ACLU. Legally, they were also obligated to recognize that citizens have a First Amendment right to record BPD members in any public space from a safe distance, a Fourth Amendment right against unreasonable searches and seizures, and the Fourteenth Amendment right to due process. For the Fourth Amendment, photographing policemen is not a good reason for a search an seizure. The Baltimore Police Commissioner stressed to the press how important it is that those rights be upheld.

I think it’s pretty clear people have the right to film what we do. You guys are doing it right now so it should be a norm for this organization.

As part of the new policy, all officers going through training will be taught that they can never tell you to stop recording as long as you’re somewhere where you have a right to be and no officer can confiscate your phone just because you have video that they don’t want you to see.

Basically, because of the actions of a few policemen, Baltimore’s entire police department was forced to pay and apologize, though not admitting to doing anything wrong. They also had to implement training that would ensure other officers understand these new regulations. It’s sad that this had to happen in the first place at all; Baltimore’s a city that needs its officers to be on guard and perform admirably. The actions of a few cops, however, ended up hurting the reputation of the entire police department, when they should have been upholding basic Constitutional rights in the first place. This wasn’t anything new that they stepped into. The officer even blatantly lied to Sharp in the video, saying what he was doing is against the law.

Instead, those guys got the city taken to court for destroying a guy’s personal belongings; and the entire scenario played out like these were kids in a kindergarten class. One picked on the other, the other told the teacher, and the bully had to be hand-walked over to the victim while looking down and saying “I’m sorry, okay.”

« Quick, Clever and Easy Method to Correct Skin Tones in Portraits
4-Part Paris In Motion Is a Happy Love Song For The City Of Light »