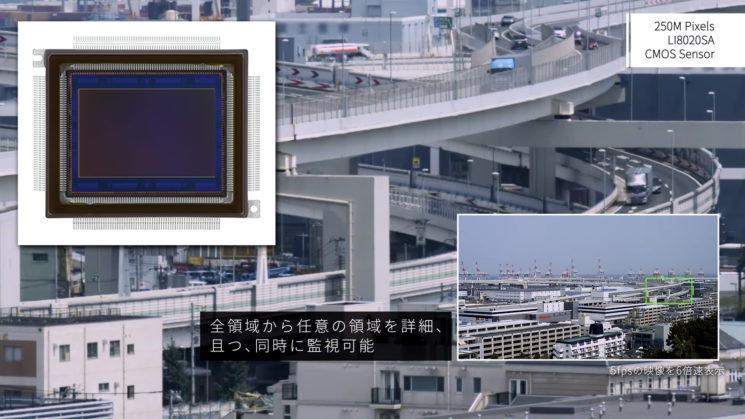 Announced today, the Canon LI8020 sensor is actually being released later this month, but now for the bad news… It’s not going inside a DSLR or mirrorless camera. It’s destined for surveillance, industrial inspection, microscope and archival use. It does shoot 8K video, though.

This sensor has had a long journey to make it to fruition. It was first announced way back in 2015, but nothing was mentioned about it again until a prototype was shown off at CES 2017. Yes, more than three and a half years ago! But now finally it’s coming.

At full resolution, it has a frame rate of 5 frames per second, although this sensor isn’t going to be of much use to most photographers, even if they have the processing power to deal with such huge images, as it’s not going to go inside a DSLR or mirrorless camera. Its primary use is going to be for things like surveillance and device inspection and scientific study.

It features what’s called an “ROI (Region of Interest) read function” that allows the sensor to read just a small area of the sensor. It’s a bit like the “crop mode” video for 1:1 scaling that some mirrorless cameras (*cough*EOS M50 Mark II*cough*) use when shooting 4K video. Except, here, you get to define how much of a crop you want and exactly which part of the sensor you’re looking at – it doesn’t have to be the sensor. 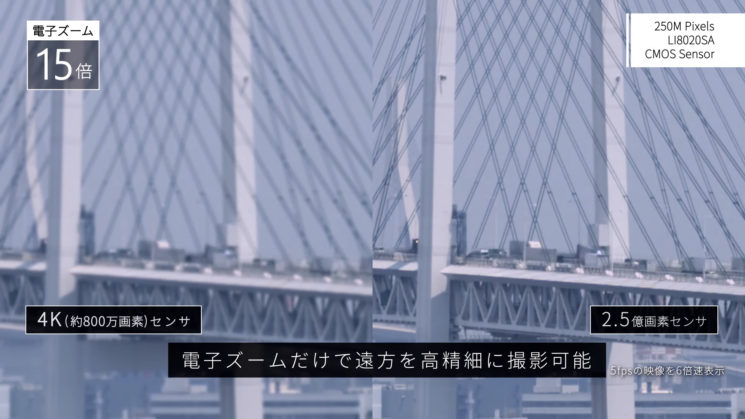 4K scaled up to match the 250-megapixel sensor resolution.

Canon says it’ll shoot 8K at 24fps, 4K at 30fps or 1080p HD at 60fps, allowing the user to capture just what they want to see. It also means for things like surveillance or even scientific cameras, you can have this area potentially move to follow a subject you’re watching as it goes across the entire frame.

Even though most of us will never get to see or try this sensor in person, it’s still a pretty amazing achievement. Now that it’s actually being released, perhaps this means that an “EOS R5s” could actually be closer than we think.

Two versions of the sensor are coming. There’s the LI8020SAC, which is colour, and LI8020SAM, which is mono. I expect the mono version simply lacks the Bayer filter, ultimately resulting in an increase in sharpness (similar to the Leica M Monochrom and Phase One IQ3 100MP Achromatic cameras) at the expense of colours.