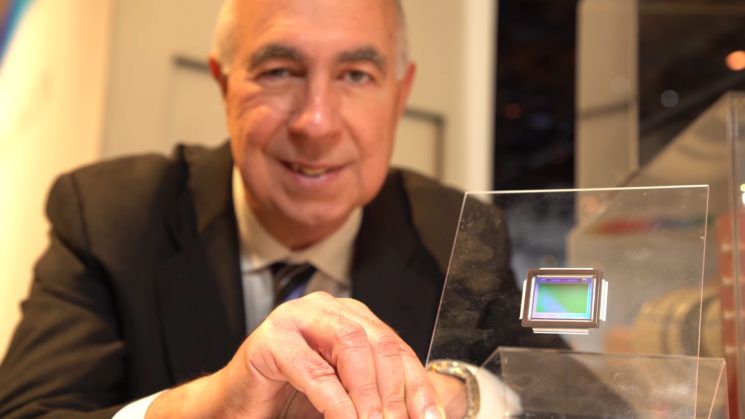 I still remember clutching a pair of Nikon D100 bodies back in 2004 when Nikon announced the insanely high resolution 12MP D2x. It seemed so wild back then when other high end bodies were still only 4-8MP. People lamented on various forums about “the laws of physics” and how quickly the megapixel race would end. Oh, how short sighted we all were. We’re spoiled by today’s sensors.

With entry level models today at 24MP, and higher end bodies going 36-50MP, it just seems nuts by comparison. But, that’s not enough for Canon. Oh, no. At CES this year, Chuck Westfall (the real one, not the fake one), was showing off Canon’s 250MP APS-H sized (1.3x crop) sensor. Chuck says that it’s unlikely we’ll see this sensor in a DSLR any time soon, but it does hold some exciting possibilities for the future.

Canon actually announced their 250MP sensor way back in September, 2015. But, this is the first time I’ve seen one out there in the real world with some actual discussion about it. The fact that it’s 250MP alone is enough to make people want one, but it’s not just a stills sensor. This thing also shoots video. This is about where we realise that it’s not going to be in a DSLR.

Despite being the same APS-H size sensors as the those in Canon’s former 1D line of DSLRs, this sensor targets high end surveillance and government use. The 250MP sensor offers an extremely large view of a scene, but allows zooming to a full HD signal from only 1/120th of its total area.

Canon didn’t just create the sensor to show off, though. Chuck says that it was built based on “strong requests” from some of their clients. He also says that while it will physically fit in a DSLR, he “[doesn’t] see that happening any time soon”.

They also showed it inside one of the most brutal looking prototype bodies I’ve ever seen, hooked up to a Canon EF 500mm f/4L. It’s so ugly, it’s almost beautiful. 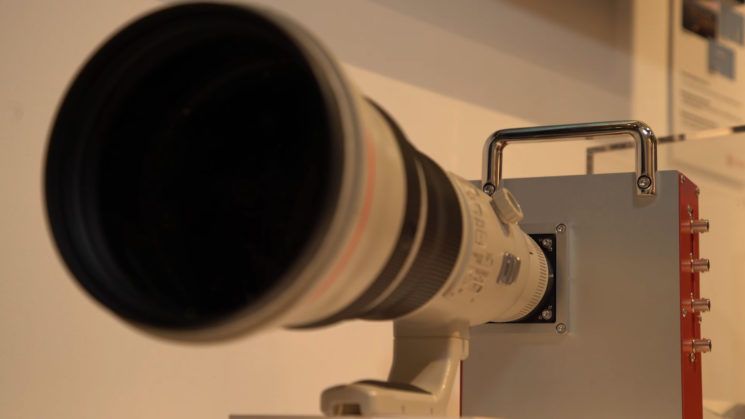 There is some hope, though. Canon have proven that the technology is viable. If it wasn’t, this sensor wouldn’t exist. It will probably take a while for it to trickle down to us mere mortals, though.

What do you think? What would you shoot with such a beast? Could you really benefit from a 250MP sensor? Or are you just happy with what you have? Are you well over the megapixel race? What do you wish manufacturers would focus on instead? Let us know in the comments.