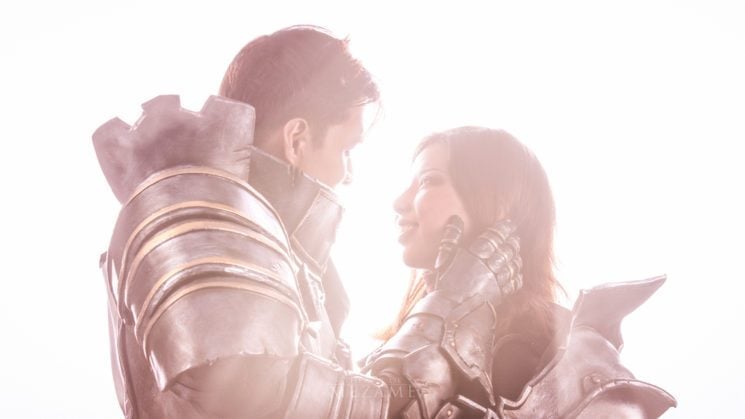 If you and your significant other are huge fans of Diablo and you even met in-game, what would be better than a Diablo-themed pre-wedding photo shoot? Singaporean photographer Mezame Shashin-ka created a fantastic photo series that turned Alvin Lau and Alexis Loo into characters from Diablo III. It took some time and it was challenging. But thanks to imagination, creativity and effort – it turned out awesome!

Alvin played a male Crusader and Alexis played a female Demon Hunter. The main idea was to re-enact the scenes from the game so the couple quests together to take down Diablo. But there were some challenges to tackle in pre-production. He needed to find appropriate backdrops to resemble the Sanctuary or the Town of Tristam. As Mezame says, Singapore is a small country with limited locations, so the photographers are often unable to shoot their subjects in these key locations. Finally, he needed to find the armor for the couple to make them look as if they really come from the game. 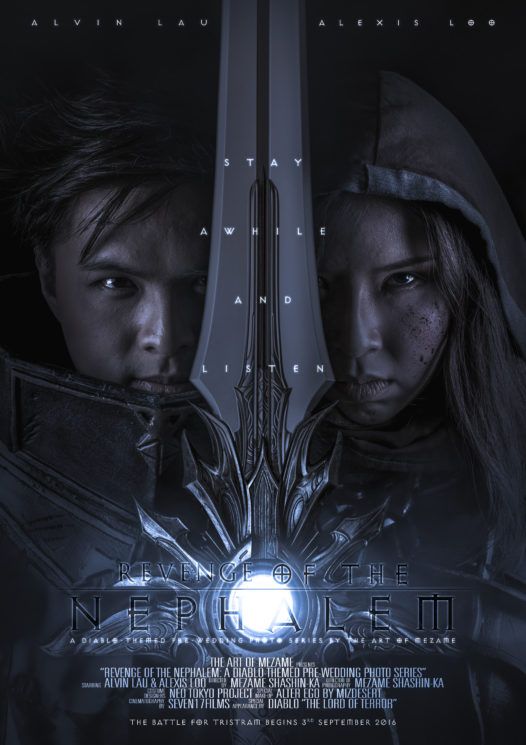 Mezame and the crew had a problem of finding the best locations to resemble the world from the game. In most of the places it was not possible to run around in armor and try to destroy evil demons. So he tackled this problem in quite a clever and logical way.

He shot backdrops on various locations in Singapore. He even went to Malacca, Malaysia to create a shot of the desert scene and the Straits Mosque. Then he shot a couple separately in a studio with a grey backdrop. In the air-conditioned studio, they were able to do the stunts in comfort without getting the funny looks from the people around them. 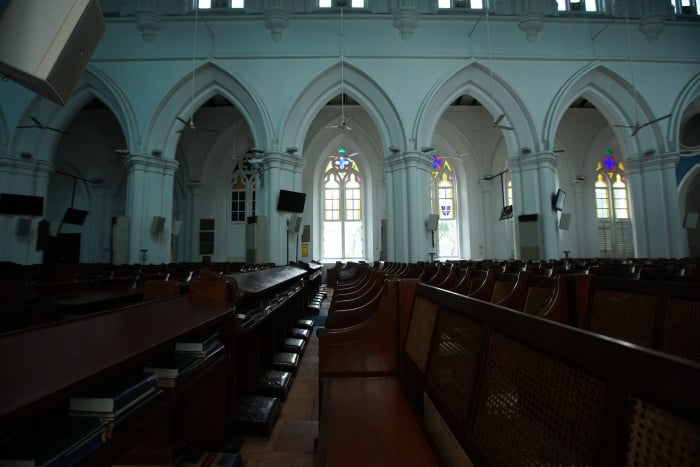 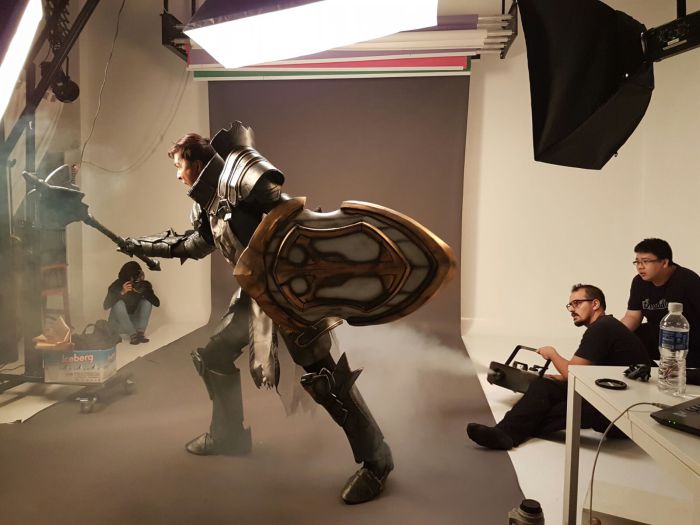 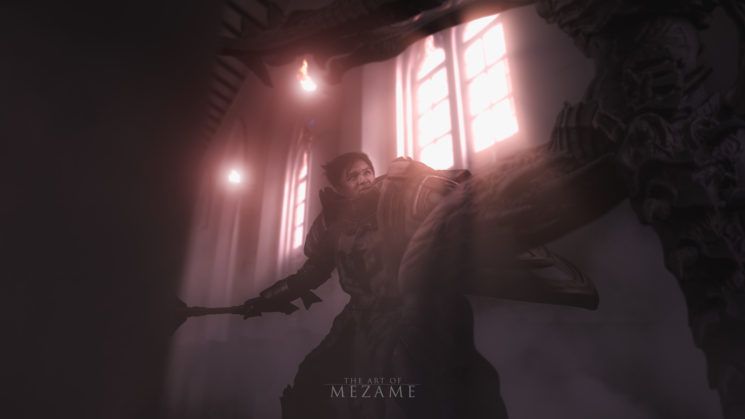 In order to add more depth to the images, Mezame shot a replica of Diablo (by NECA). He used a macro lens, paired with Sony A7RII. He considers this camera an ideal choice for digital composites because it captures images at 42.2 MP. 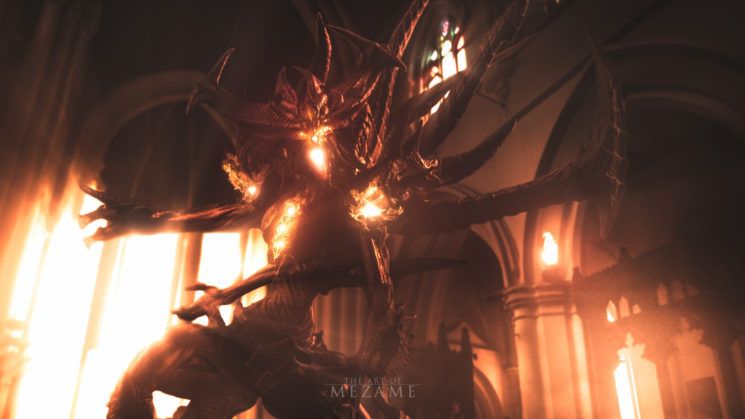 After completing the backdrops shots and those from the studio, Mezame put the photos together via Photoshop and Lightroom, and of course added some effects in post-production.

The guys from Neo Tokyo Project were in charge of the armor and weapons. As they are devoted cosplayers themselves, they knew exactly how to make the couple look right for this photo shoot. 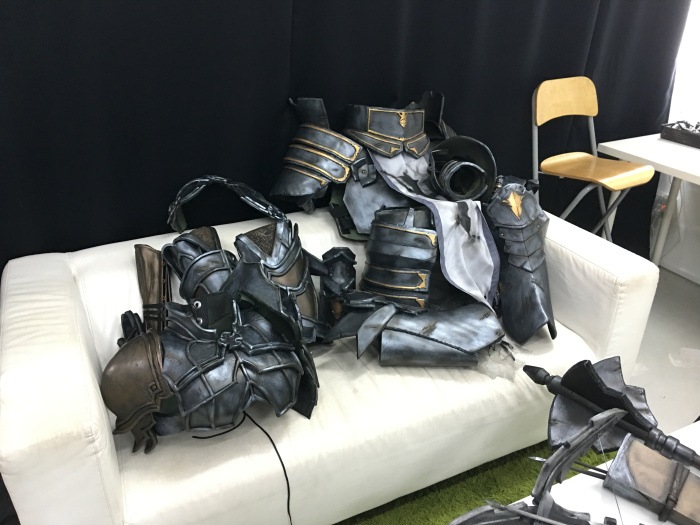 They crafted everything from foam, so it was pretty lightweight. They gave the costumes plenty of details and colored them based on the game. As you can see from the photos, they did a great job and made Alvin and Alexis look as if they just came straight from Diablo universe. 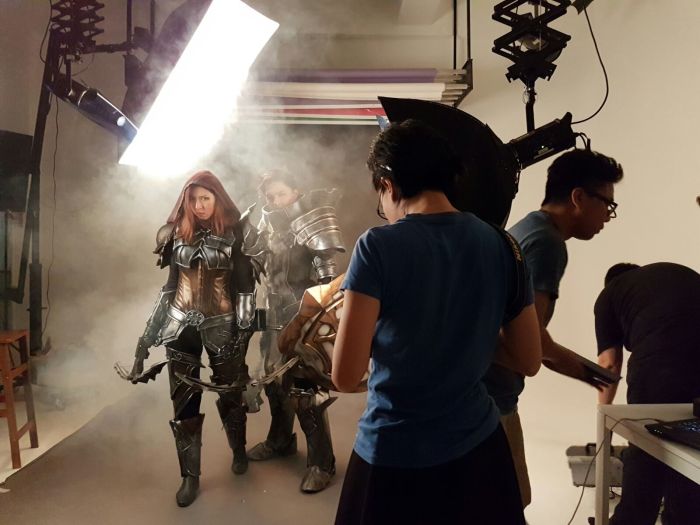 It would be a shame not to make the look complete to the tiniest detail, so Mizdesert from Alter Ego by Mizdesert stepped in too. She did their make-up and hair to complete the look, and made them look even more genuine. 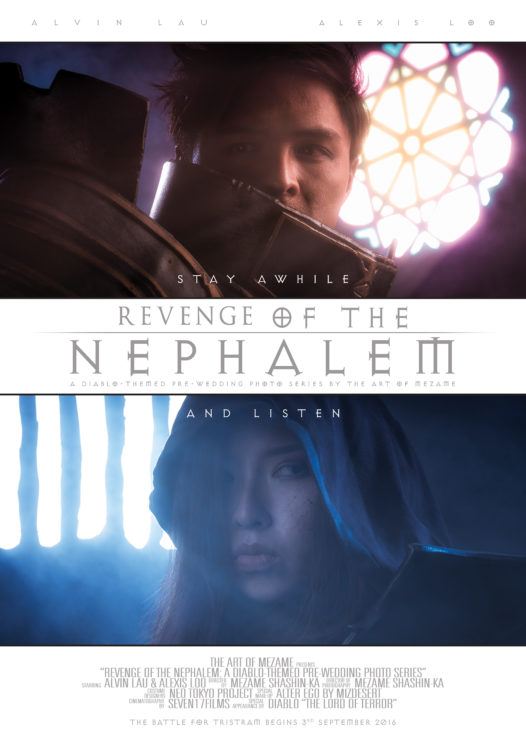 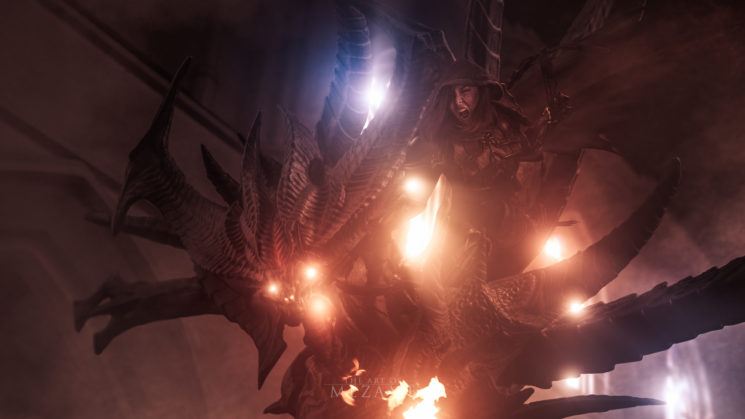 As the result of such devoted work, Alvin and Alexis definitely got something that really describes them as a couple and depicts their passion for Diablo and for each other. And Mezame created a great series of images for all the Diablo lovers out there. If you’d like to see more of his work, you can check out his website and like his Facebook page.