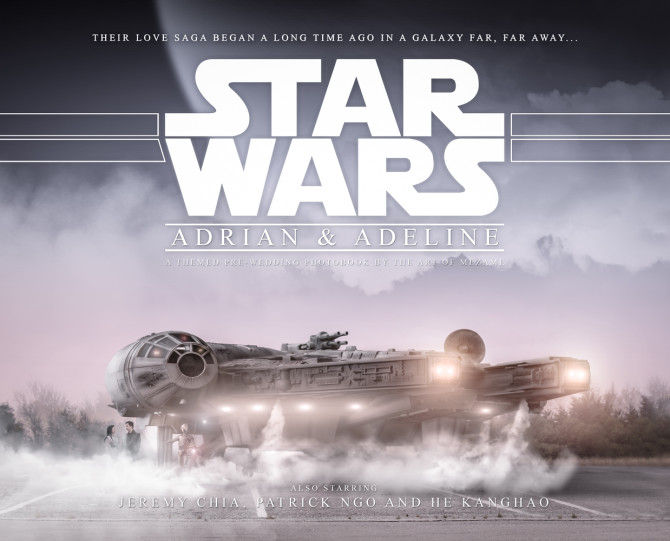 Photographer Mezame Shashin-ka from Singapore loves shooting action figures and also loves shooting themed pre-weddings. So how could he say no to this opportunity of shooting a pre-wedding session based on Star Wars. The couple saw one of Mezame’s previous themed shoots and approached him with the idea.

Being a collector of action figures, Mezame came up with the idea of shooting the couple and some of the action figures and combining them in post. Results are epic. 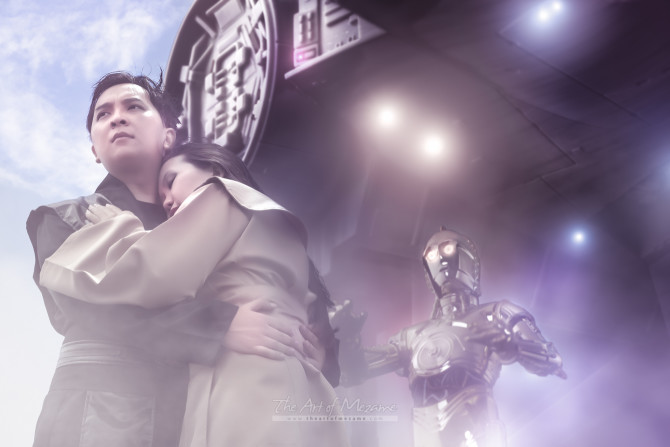 DIYP: how did you come up with a star wars shoot?
TAM: The Art of Mezame has been in the business of doing themed pre-wedding photography for couples who dare to be different and have a unique photobook to showcase their relationship with an epic cinematic feel.

Our clients first came across a previous shoot we had for another couple featuring them as survivors of a zombie apocalypse. Wanting to do something similar but with a Star Wars theme, the couple approached me and asked if I could do it. I jumped at the chance as I’m a Star Wars fan too and thought my affinity for toy photography could add a more interesting perspective to the photo series.

After weeks of pitching ideas, drawing storyboards, testing shots and site recces, we finally got around to doing the shoot with the couple as a pair of Jedi Knights who had to battle their Sith groomsmen. Armed with lightsabers sponsored by KIT SABERS, and costumes they put together themselves, the couple and their groomsmen duked it out in epic battle scenes inspired from the Star Wars movies. 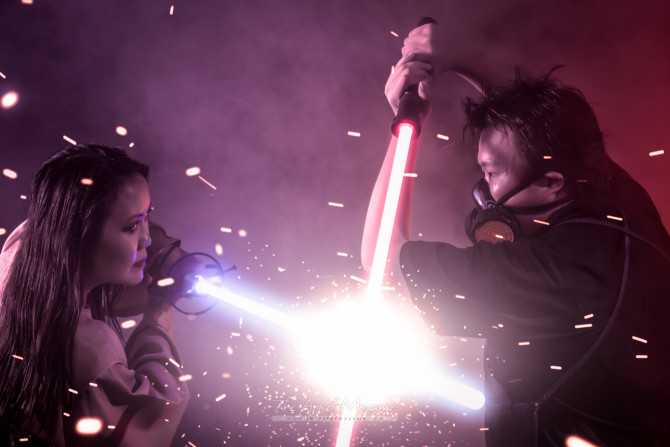 DIYP: How did you set up the scenery
TAM: Everything was shot on location. For some scenes where toy photography would be integrated into the final image to make it look like the talents could interact with Star Wars ships, I had to get the talents to pretend that they were really in the presence of those ships.

Most of the images saw us using the following set up: 2x Bowens GM500 strobes, 2x Canon 580EXII speed lights and a Canon EOS 5D Mark III to capture the scenes. To create a surreal setting, a smoke machine was deployed.

A lot of post processing was done to make the scenes have that Star Wars cinematic feel. With each shot, I had to get everyone to visualize how the final image looks so basically, a lot of imagination was involved.

DIYP: How was it to direct the couple during the shoot, without them actually seeing the star wars world?
TAM: Practice, practice, practice. Some shots took longer than expected whereas some were done quickly. A lot leaned towards clear communication to get people to do what was required to make the scene work and I think the couple and their friends did a fantastic job of making things work! Being Star Wars fans themselves, pretending to be on the set of George Lucas’s epic was natural. The couple and their friends were daring and would be more than happy to try out new things or step out of their comfort zone. It was truly a pleasure working with them! 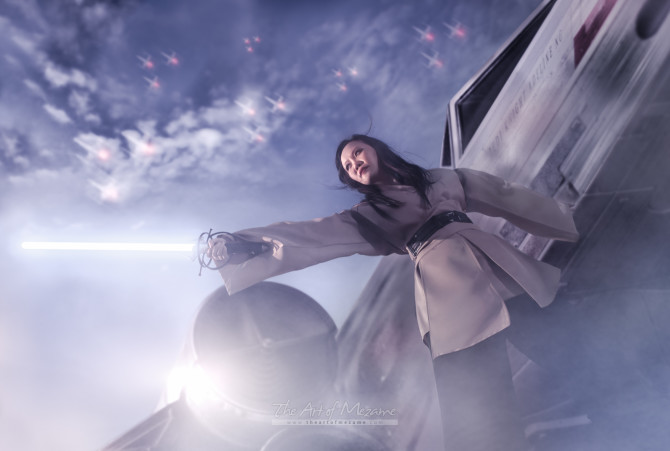 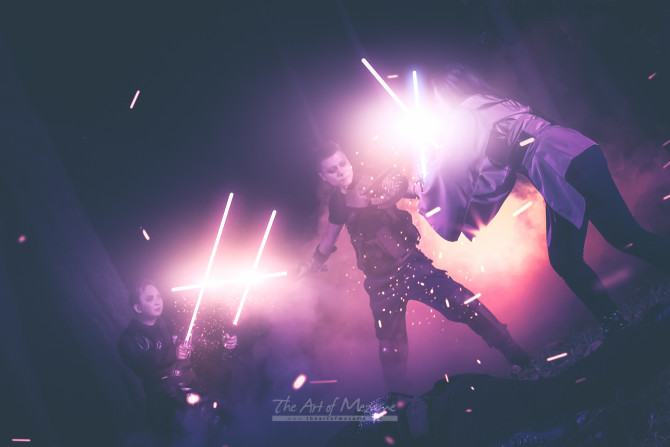 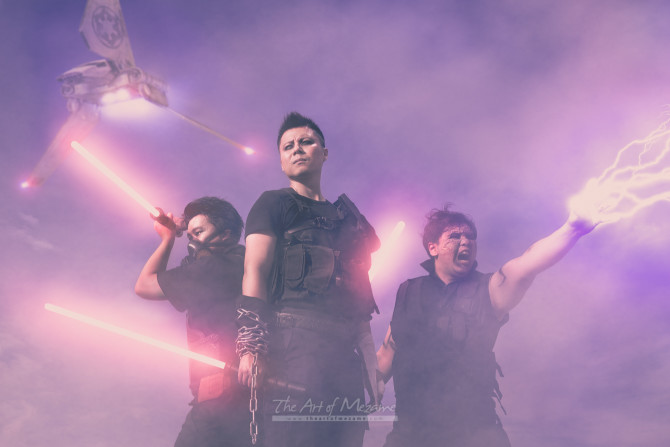 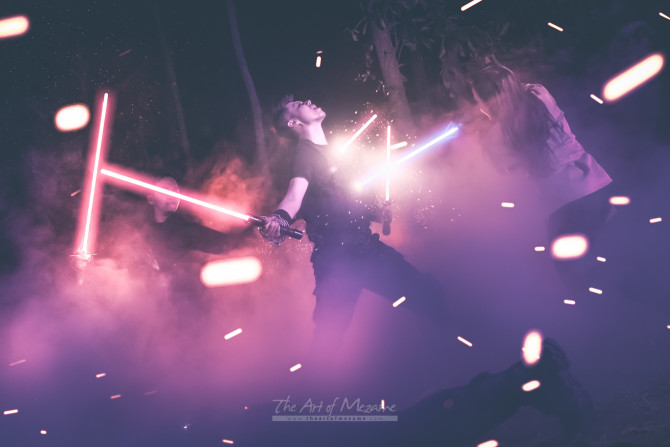 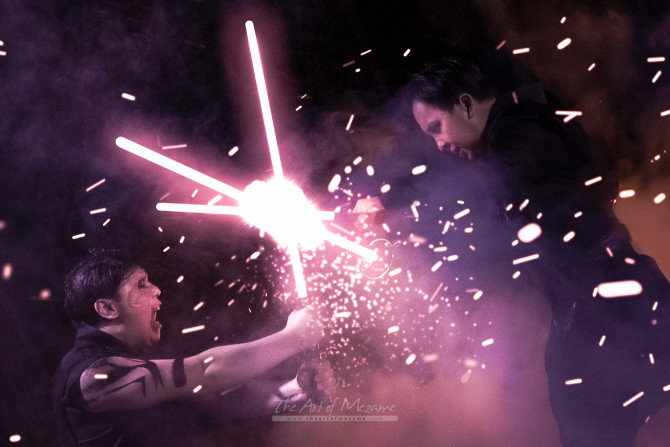 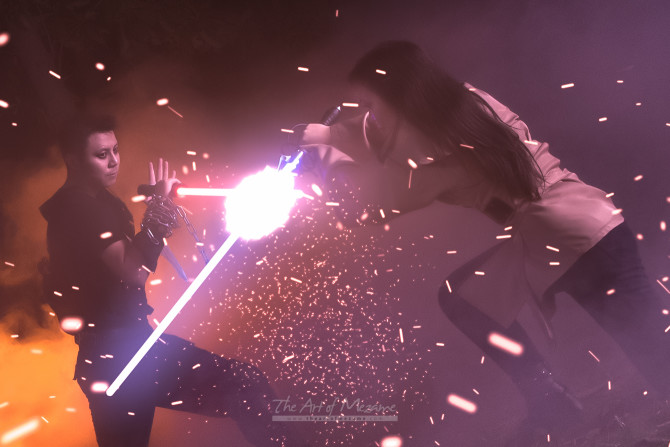 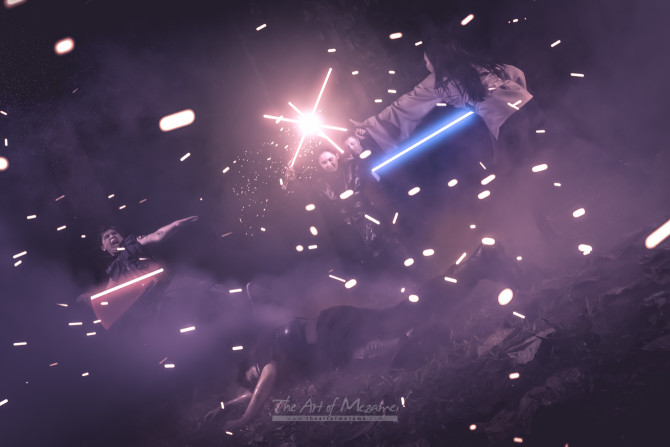 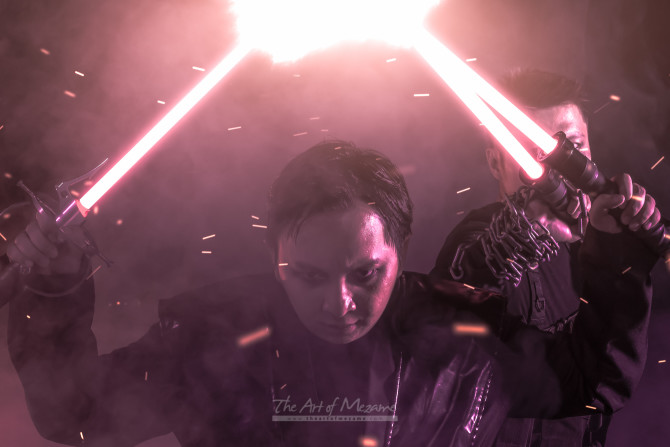 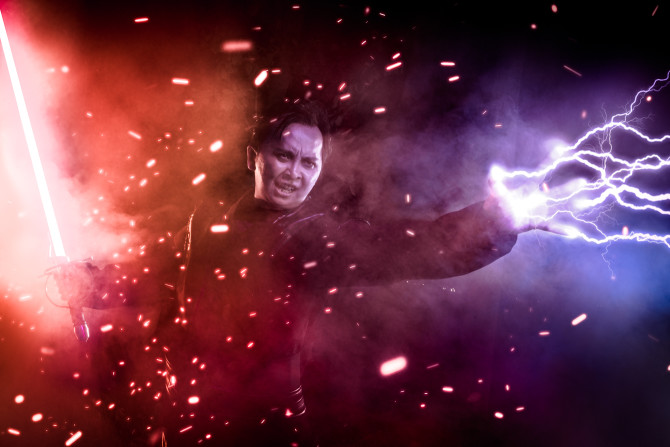 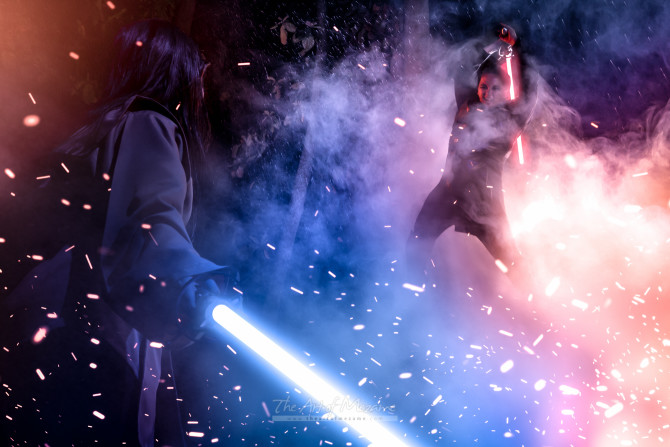 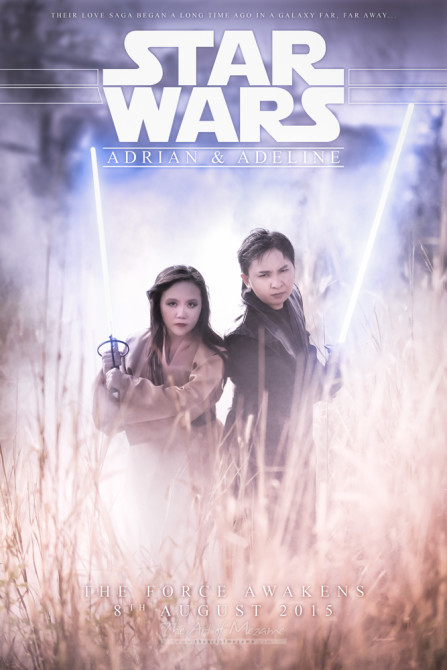 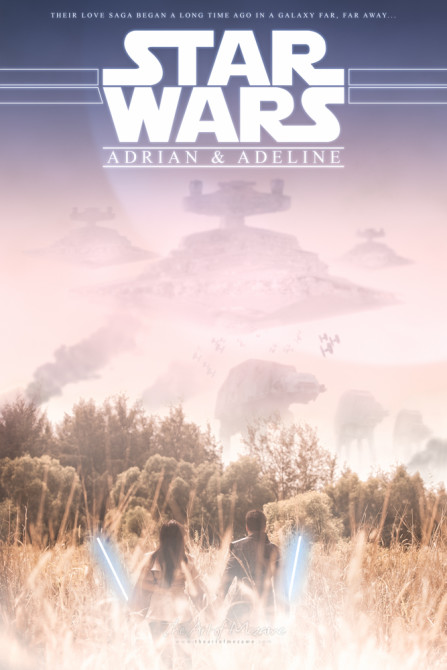 The photos were packaged in a gorgeous album and presented to the couple. 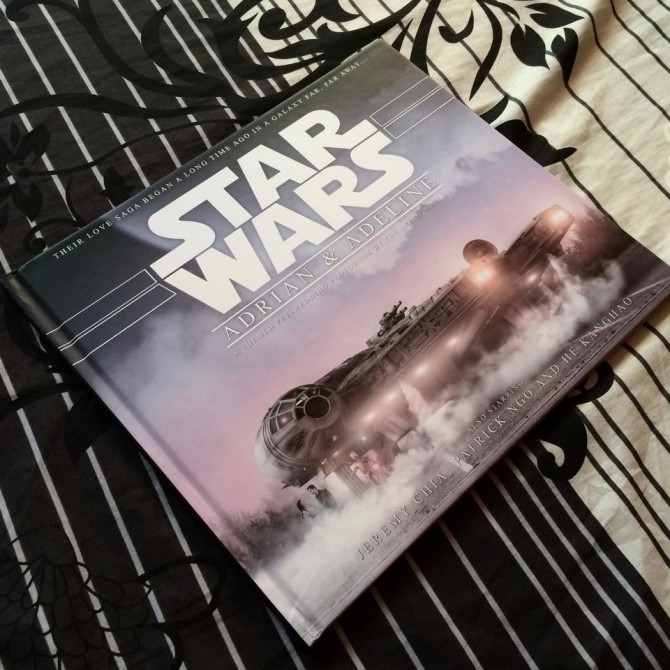 You can see more of ‘The Art Of Mezame’s’ work on their Facebook page.