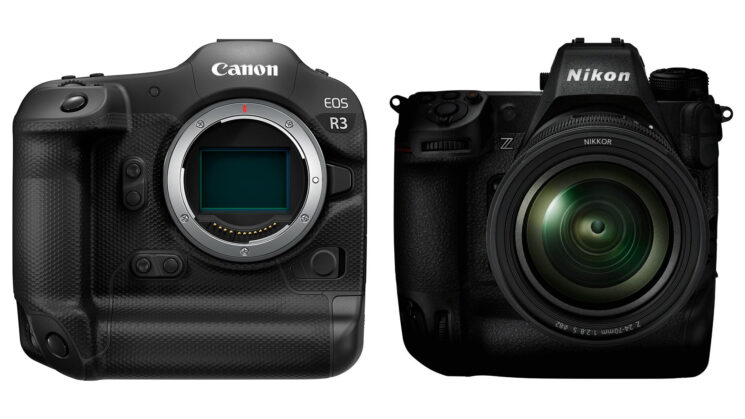 Well, it looks like Canon’s going to beat Nikon to the punch when it comes to a mirrorless flagship camera. Canon Rumors and Nikon Rumors are reporting that the upcoming Canon EOS R3 and Nikon Z9 mirrorless cameras are going to be officially announced in September and December respectively.

There’s no word on exactly when in September and December the cameras will be announced, but the earlier date for the Canon EOS R3 makes sense as I’ve already seen at least one Olympics photographer posting that they have one to take with them.

Despite their recent snafu, Canon Rumors this time believes that the September announcement for the EOS R3 is genuine. And as I mentioned above, it makes sense, given that it’s already out there in the hands of photographers for testing in real-world situations. Of course, those who have one aren’t allowed to tell us anything about them yet that isn’t already public. So, here are all the known and rumoured specs for the Canon EOS R3 so far…

As for the Nikon Z9, well there’s not much to go on with that one. Nikon Rumors say their “good sources” have told them that it’s expected to be announced in November or December. “Announced” in this instance probably means literally that. Announcing it to open up pre-orders before Christmas with shipping to start in the new year.

Nikon themselves haven’t released a lot of information about tha camera so far, just that it’ll have a new sensor, new image processor and support 8K video. As for the rumoured Nikon Z9 specs… Well, there are plenty.

Regardless of when Nikon’s flagship Z9 is announced, it looks like Canon will beat them and release their apparent flagship mirrorless camera first. Sure, Sony’s had the Sony A1 out there for a little while now, but seeing how Nikon and Canon transition their flagships from DSLRs to mirrorless – especially having released flagship DSLRs so recently (Canon 1DX Mark III in Jan 2020 and Nikon D6 in February 2020) – will be interesting to say the least.