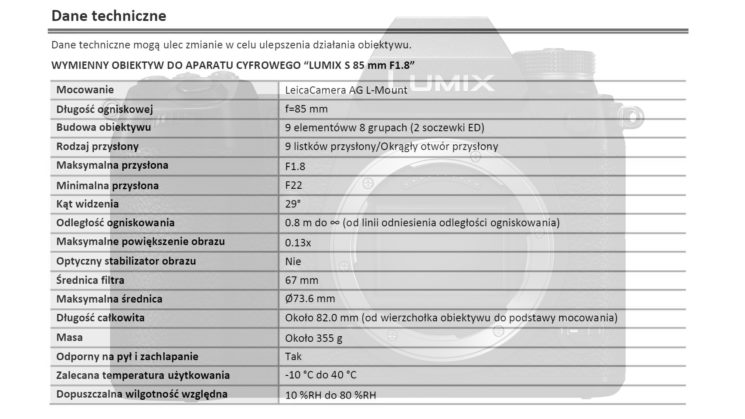 An 85mm f/1.8 lens for the Leica L mount has been on Panasonic’s roadmap for a long time. In fact, the updated roadmap shows lenses that weren’t there in February’s list when the 85mm f/1.8 appeared on it. Now, though, it looks like it’s finally going to be coming in just three days, according to yet another leak from Nokishita.

The leak includes the complete specs for the camera (in Polish, apparently). Nokishita also says that it’s expected to go on pre-order in Japan on November 5th, although they don’t know whether it will become available worldwide at that time, or if the rest of us will have to wait.

That’s all the info there is on the lens for now, really. As mentioned above, Panasonic’s roadmap has also changed a little since the 85mm f/1.8 lens was initially added to it. Their latest roadmap looks a little something like this. 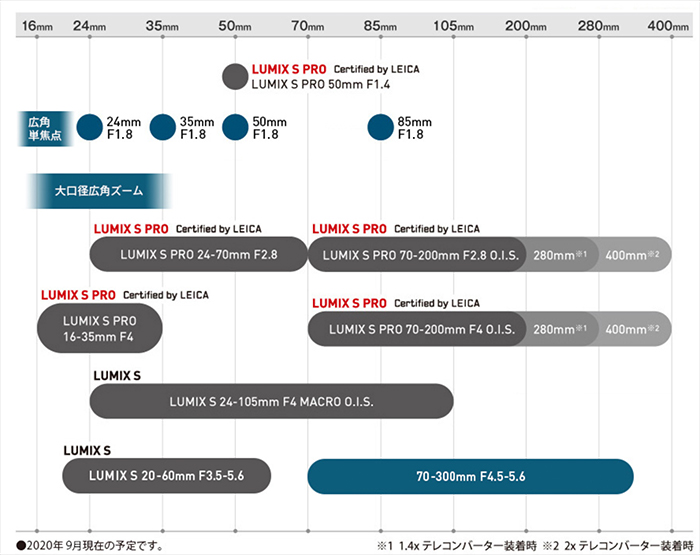 It’s interesting that Panasonic seems to be going for a more portrait-oriented focal length like 85mm before the more general-purpose 24mm, 35mm and 50mm f/1.8 lenses that also sit on the roadmap.

There’s no word yet on any kind of price for the upcoming Panasonic S 85mm f/1.8 L mount lens, although I expect we’ll all know in just a few short days. Hopefully, it’ll not be an overly expensively and over-engineered lens and will instead target a lower-price point, aimed at bringing in more entry-level users into the L mount ecosystem, because that’s something it sorely lacks.