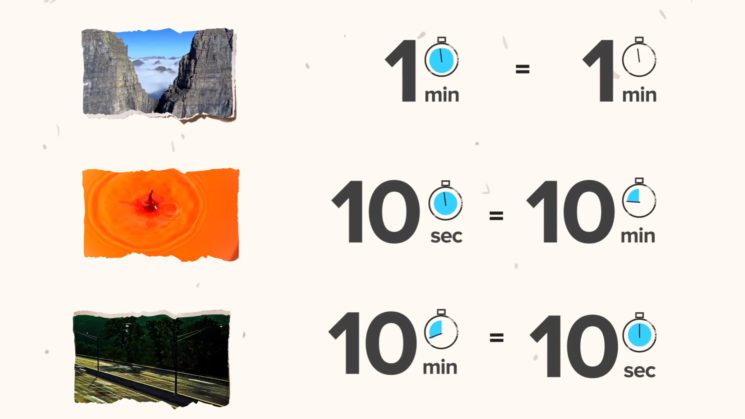 Timelapse seems to have exploded in 2016. Every other week, there’s a new one coming out trying to best the ones that came before it. Part of this boom is the ease with which cameras can shoot it now. Nikon has had built in timelapse features for years. Other DSLRs and mirrorless manufacturers have also started included timelapse capabilities over the last couple of years. Video editing software has become more intelligent in putting it all together, too.

This video from DigitalRev In-Focus introduces us to the history of timelapse. First demonstrated in 1897 by French filmmaker George Méliès, it quickly expanded to biologists. They used timelapse to show the growth of plants over time, leading to increased preservation of various parks.

Things have come a long way since those early days, but I think we’re only just starting to see timelapse’s technical revolution. With inexpensive modern electronics, motion control is becoming more available and advanced than ever. It’s also easier to use than it ever has been thanks to the mobile phones in our pockets.

The software we use to process the images has allowed for things like handheld timelapses and hyperlapse with stabilisation in post. This lets us travel hundreds of metres to track a building, or cross a bridge, not limited to the length of a traditional slider or dolly.

Today’s technology already lets us create wonderful timelapse films. We’ve featured quite a few on DIYP this year, and here are some of our favourites.

First up is one of the more recent ones. Whispering Iceland, from photographer Nick Kontostavlakis.

This next one shows off the beauty of the Northern Lights at Voyageurs National Park in Minnesota. Shot with a mix of Sony A7RII, 5D Mark II and Blackmagic URSA Mini 4.6K cameras, it takes us on an amazing journey.

One thing that both Voyageurs and Whispering Iceland feature is a mix of (mostly) timelapse and realtime footage. This is starting to become more common lately, and it works very well. It gives a lot more freedom to tell your story and create a cohesive film if you’re not limiting yourself to only timelapse clips.

Some don’t tell a story, as such, but are just beautifully fascinating. Like this one of M&Ms dissolving in water from Beauty of Science.

This one is one from Kirill Neiezhmakov is of my absolute favourites from this year. Shot throughout Madrid, Spain, it’s a mix of realtime, timelapse, and hyperlapse footage with a little motion graphics thrown in for good measure.

We’ve also seen timelapses turned into digitally painted works of art through the use of apps like Prisma.

This Hong Kong hyperlapse makes use of some nifty post production, too, including motion tracking and compositing.

All in all, it’s been an amazing year for timelapse. So many fantastic new timelapse tools and motion control products have been released this year. Cameras are getting to crazy resolutions. And people sure are figuring out how to make the most of this new tech.

Do you agree with our list? What was your favourite timelapse of 2016? Have you been out to shoot any this year? Will you start shooting timelapse for the first time in 2017? Let us know in the comments.

Create timelapses easily from directly within Lightroom with Timelapse+ Studio

Here is why mushroom growth timelapses aren’t filmed in nature