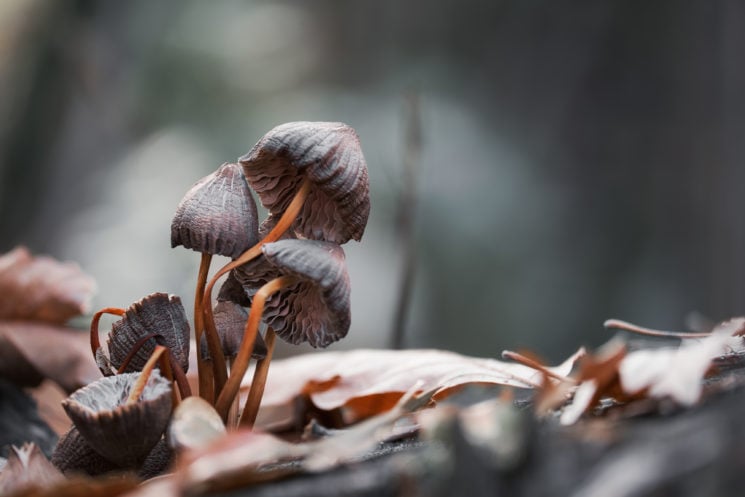 Mushroom growth timelapse videos never fail to amaze me and mesmerize me. Netflix’s Fantastic Fungi is filled with them, and I honestly thought they were partially shot outside. However, you can’t shoot this kind of timelapses outdoors. In this video by WIRED, Fantastic Fungi director Louie Schwartzberg tells us more about it. He reveals the secrets behind his magical growth timelapse videos, telling you about how they’re filmed and why it’s done in a studio.

Louie is an award-winning filmmaker and director who first started shooting timelapse 40 years ago. For filming Fantastic Fungi, he built a studio in his garage. He built an intervalometer that triggers his camera to take a photo at the pre-programmed intervals. It also triggers the growth and the photo lights to turn on and off.

The grow lights emulate the sunrise, daylight, and sunset. They can’t stay on all day and night because the fungi would die. Louie and his team also consulted mycologists on how to grow fungi in an area free from bugs and bacteria. So, it’s all a very delicate process, not just to film the fungi grow, but to make them grow in the first place.

For these timelapse videos, Louie shoots one frame every 15 minutes, or four frames an hour. This gives him 96 frames per day, which means that he gets four seconds of timelapse for 24 hours of shooting.

So, why is it all done in a studio? Well, there are three big reasons why the growth of mushrooms isn’t shot in nature:

Louie and his team created a bit of a scene for filming, adding moss, rocks, and logs. For most of the shots, they used macro lenses like Canon 100mm f/2.8, Canon 180mm f/3.5, and 35mm micro lens, so the depth of field is shallow. If they were shooting wide-angle scenes or a scene with camera movement, they would use green screen and add the background artificially. So, yeah, even though it’s tough to believe that those scenes weren’t filmed outdoors, it’s the truth.

But what about mycelium? It’s the underground root-like system that connects plants and trees to each other. Also, it’s the critical component of the fungi and the focus of the documentary itself. It wasn’t possible to film it using traditional techniques doe to a range of problems:

The team solved this by using electronic microscopic photography. They used a specimen to shoot a timelapse of mycelium growing. And then, they used this material as a reference for CGI animators. So, the mycelium you see in Fantastic Fungi is either CGI, or a timelapse taken under a microscope.

Louie describes timelapse as a “time-machine,” giving us a completely different perspective and perception of time. After all, if there weren’t for timelapse videos, how would we see plants and mushrooms grow before our eyes? That’s probably why I’ve been so fascinated by growth timelapse myself, and why I’ll never stop finding magic in them.

[How Mushroom Time-Lapses Are Filmed | WIRED via Laughing Squid]

« Canon EOS R3 added to Canon’s product list – Announcement this month with new lenses and accessories
Do you have these four essential photographer skills? »