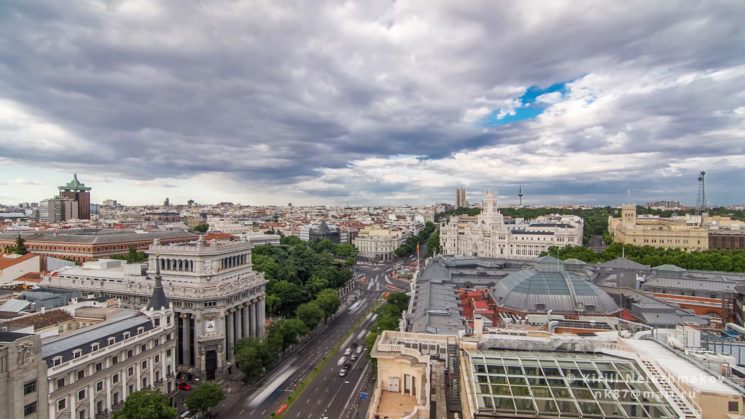 Some of you might remember Kirill Neiezhmakov. He shot the timelapse sequence of the Dubai luxury hotel fire on New Year’s Eve. In that short, he mixed some real time footage with timelapse footage and zooms to great, but short, effect. Well, Kirill’s back with a new timelapse of Madrid, Spain and he’s taking those techniques up a notch.

Like the Dubai video, it contains a mix of shooting styles. These include normal real time video footage, timelapse and hyperlapse. The video also shows some great editing and post techniques, with interesting motion graphics. I don’t know if the few motion graphics it contains will be to everybody’s taste, but it’s a cool idea with great potential.

The thing I like about this timelapse, and all good daytime timelapses, is the use of neutral density. I see a lot of timelapses shot in the day that don’t really account for the amount of extra light available. They end up shooting fast shutter speeds at long intervals, and all you get is a bunch of people and objects randomly bouncing around the screen. There’s no context, no direction. Frozen static people & vehicles in each frame become a distraction in your shot. 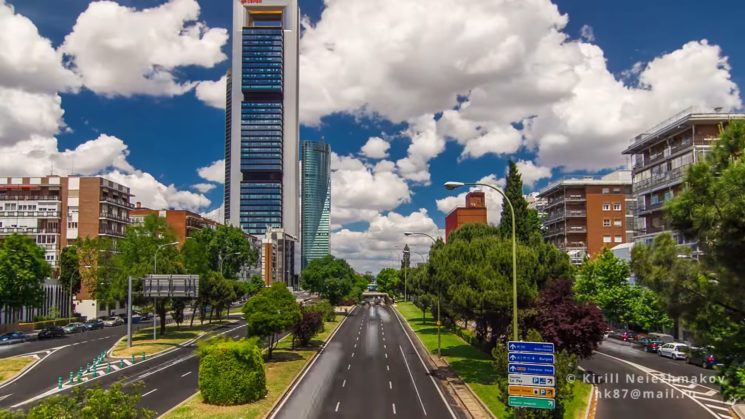 In this video, though we see daytime sequences that are absolutely spot on. People, vehicles and other faster moving objects are captured in exposures of up to maybe a second or two in length. So, frozen people and cars don’t distract us from the rest of the scene. Relative to the other shots, it also gives us an idea of the pace of the scene. Even though we can’t watch in real time, seeing how fast something is compared to the previous shots lets us know that it’s a calmer or more active shot.

There’s also some great transitions in this video, and some of the hyperlapse zooms work particularly well. Good techniques combined with some great locations makes a pretty awesome final result.

What do you think? What’s been your favourite city timelapse released this year? What makes it your favourite? Have you been shooting timelapse yourself? Let us know your thoughts, and show off some of your own videos in the comments.

A Timelapse Of Paris Shows How Beautiful The City Is

« DJI dominates 2016 with a two-cameras Inspire 2 and Phantom 4 Pro drones
Backup in the field to Seagate’s new 5TB drive, the largest portable hard drive ever »