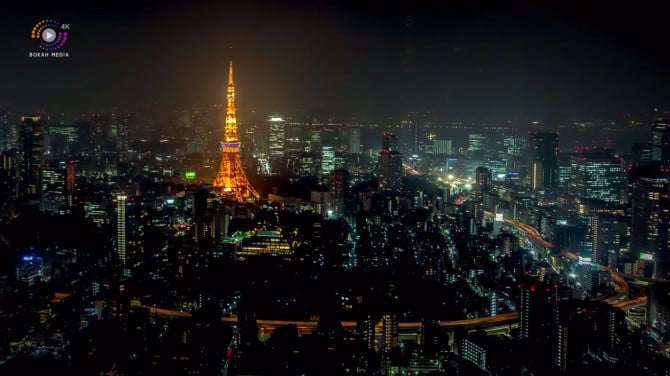 If you’ve ever lived in, or even just visited Tokyo, you are probably well aware of the vibrant nature and scenery that exists around every corner. As this timelapse by Bill Minhyuk Kim of Bokah Media shows us, Japan’s capital is full of bright flashing lights and a pulsing energy that’s undeniably Tokyo. The South Korean timelapse filmmaker has done a great job matching Tokyo’s sleepless vibes with this fast paced hyperlapse.

At times, the editing, and especially the color grading, of the clip present a real cinematic feel, which is nice technique to see in a timelapse every once in a while. Tokyo Timealapse is presented in 4k resolution (at 3840×2160). The entire film was photographed using a Canon Rebel t4i with a  Sigma 10-20mm and a Sigma 50mm, to which I have to say, it’s nice seeing such good quality work done with a sub $1000 camera, check it out:

It took Bill Minhyul Kim 10 days of shooting on location in Tokyo and another 14 days in the studio working on post production. A lot of time in post production, Kim said, was spent on image stabilization of the hyperlapse sequences which were all painstakingly measured by hand. (You can learn more about how to do this technique here.)

A lot of the stills used to create this timelapse (as well as a timelapse Kim made in Toronto) can be found on Bokah Media’s Facebook page and they are definitely worth checking out..