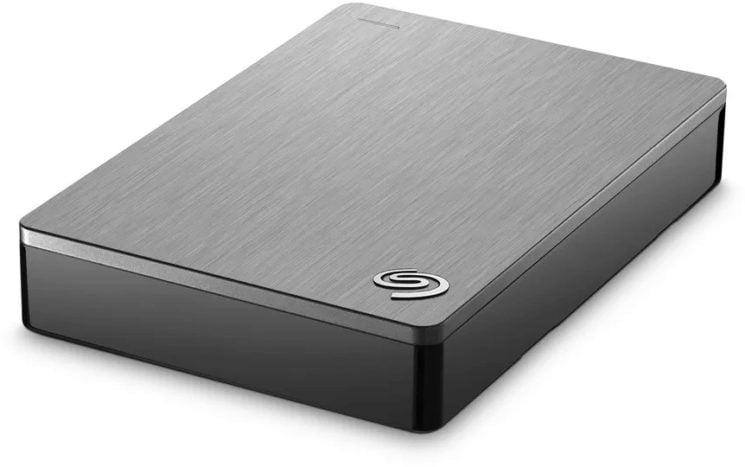 With higher megapixel cameras and 4K footage becoming the norm, Raw files and videos are taking up more space than ever before. Large capacity memory cards are cheap enough that you can afford to buy a bunch to keep you going all day. If you own a camera with a dual card slot, then you can shoot your stills backups as you go, but video tends to only save to one card. It’s a lot of data to risk.

Seagate have announced that its popular Backup Plus Portable line of external drives now comes in a 5TB flavour. The company claims that this makes it the world’s highest capacity 2.5 portable hard drive. Based around the same technology as their recently released 5TB BarraCuda hard drive, it fits a lot of data into an even smaller package.

This small package means it can truly be a mobile device, unlike many large capacity drives which require external power. This unit only needs to be fed power through the standard USB cable it uses to send and receive data.

It’s a little larger case than some other external 2.5″ drives, at 0.8″ thick (around 20mm). At this capacity, though, with much of the competition topping out around 2TB, it still ends up physically smaller than multiple slimmer lower capacity drives.

If you’re instantly put off by Seagate’s history of reliability, then you may want to consider buying two of these in case one goes down. A backup to your backup. I’m quite suspicious of Seagate’s reliability myself after experiencing a number of pretty catastrophic (but backed up) failures in the past. I did pick up a pair of their 2TB desktop USB 3 drives a couple of years ago, though. Surprisingly, they’re both still alive and well.

For portable backups these days, I use 1TB Western Digital Elements drives for most. For more extreme locations, I use 1TB G-Technology GDrive ev ATC rugged drives. The Asus Transformer Book T100HA has turned into the perfect device for me for backing up to these drives in the field.

The 5TB Backup Plus Portable has an expected retail price of $189.99, however B&H currently have it listed for $159. Shipping is expected to begin later this month.

What do you think? Excited at the potential of tons of backup storage on location without a big power requirement? Or has Seagate already left a taste in your mouth so bitter you won’t even consider them any more? What do you currently use for on-location backup? Let us know in the comments.