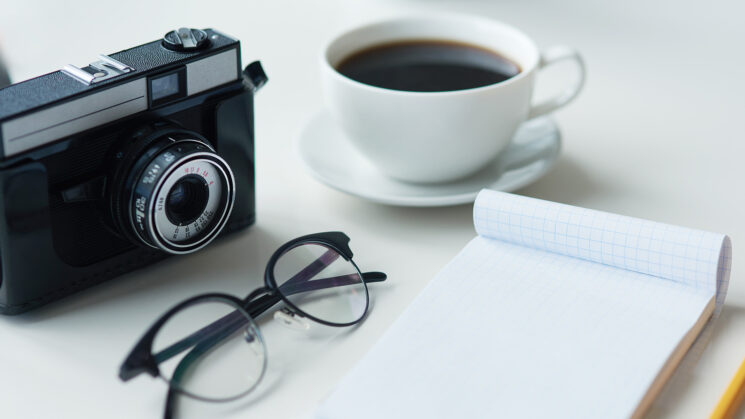 I write a series called the Glossary of Photographer’s Woo over on Medium, and am delighted to be here on DIY Photography to talk about microcontrast.

Lens design has improved pretty steadily over the last hundred years. That is to say, modern lenses resolve finer detail, render colours and contrast more deeply, and are generally more free from the defects of spherical distortion, chromatic aberration, and vignetting. These defects are all easily measurable, and in art reproduction and scientific photography, they are probably very important. But in creating art? To many photographers, our lenses have been more than good enough for a long time.

Certain aberrations, sharpness and contrast are all measurable, but the process of creating art often isn’t (much like microcontrast). We want the best gear for the job, sure, but who is to say some more ineffable artistic, breathable quality isn’t lost in the pursuit of our technically, measurably perfect lenses. Who is to say that a slight reduction of spherical distortion will make your art better? Who decided a vignette is necessarily a bad thing, especially when plenty of photographers add a vignette back in when editing. Anyway, what are the true masters of lens design doing, what are Zeiss and Leica and Cooke- who don’t even need to advertise- doing?

The reality is that Cooke and Leica lenses show a bit of barrel distortion to create their famous 3D pop, Zeiss lenses often aren’t as sharp as some of their competition, but they’re (micro?)contrasty and well built. For Cooke and cinema glass, in particular, pains are taken not necessarily to ensure that each lens performs at its technical peak, but that a very similar set of qualities are found in each lens within every range.

Of course, in every hobby and profession, there are some pieces where the value proposition breaks down almost completely. I type on a custom mechanical keyboard which I paid well over double the cost of any other keyboard, all just for the privilege to build myself. I use a preamp in my stereo at home which is far jankier than any stereo I’ve seen before, but I still love using it because I know about the production process and I think it sounds and looks great.

Microcontrast is one of the places where the value proposition breaks down in photography. Lenses which may be considerably less sharp are sold at much higher prices, and since people still enjoy and use the more expensive lenses, we’re hungry for a narrative. My explanation is this: That making art is a lot more about using your constraints to your advantage, and that people seem to like apparently worse lenses, even at higher prices, is fine by me if it’s what they like to use.

But let’s explore some of the more compelling arguments for microcontrast:

A good test for microcontrast would be to take photos of the same scene with two different lenses and inspect the differences at 100%. Less scrupulous photographers might compare completely different scenes. Worse still, some photographers present images with no control, and just assert that their image looks good because of ‘Microcontrast’.

Exploring Microcontrast on the Internet

One of the better online breakdowns comes from Mark Wieczorek on Medium: 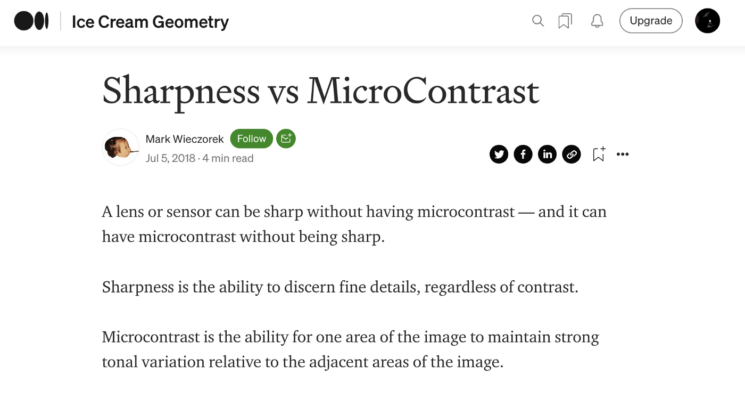 This page uses two different images from different models with makeup and lighting variations, then extrapolates the difference 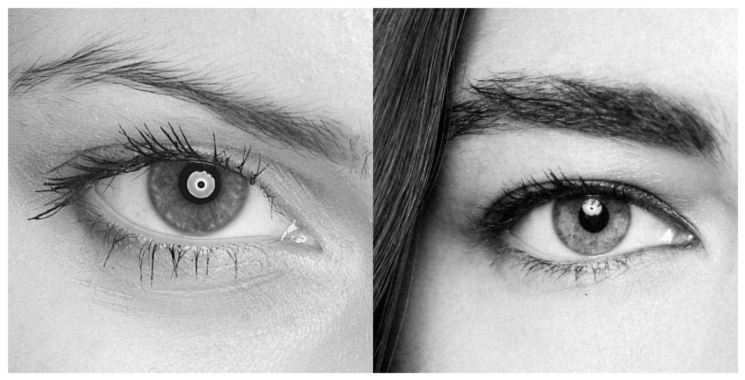 “The Sigma camera (left) has more microcontrast — each eyelash stands in stark contrast to the surrounding area. Skin has a strong texture that you can almost feel.

The Sony (right) is sharp, but has less microcontrast — you can feel how thin each eyelash is, but it doesn’t “pop”. The skin texture isn’t as pronounced, though some of this is down to the depth of field.

Look at the bottom rim of the eyelid — the Sigma feels very much like it’s there. On the Sony the difference between eyelid and eye is a little blurry. The Sigma has more microcontrast — each pixel is distinct from the one next to it.”

I don’t see this. Lighting differences aside, the shot on the left appears to have a different application of mascara changing the quality of the eyelashes. The lack of eyeshadow on the left image (or more likely eyeshadow in a tone which closely matches the skin tone when summed to black and white). If either of these images ‘pop’ to me, it is the brighter and more complex iris on the right image.

Further, you can see the light position is different in each image in the catchlights. This is why we can see a difference in the pores of each model. Ignoring the fact that every person will have slightly more or less defined pores, we can’t ignore the fact that faces are three-dimensional all the way down to a pixel level, and lighting from different angles will present different contrast in the pores.

Let’s see if we can recreate this experiment using slightly more rigorous conditions. I’ll use my old D700 with the 50mm 1.4D, a low-resolution sensor by current standards, but known for great microcontrast. And beside it, I’ll use my newer A9 with the Zeiss 55mm. No slouch of a lens but very much in the modern purview of trading microcontrast for resolution. Unfortunately with no models handy, I’ll use my own doughy morning mug as the test subject.

I didn’t expect the Nikon to show so much more contrast. Look at the inter-tonal shifts around the outer rim of my eye and eyebrow. The Sony shot looks very detailed, and sharp, but lacks a lot of the dimensionality and pop you can see in the Nikon image.

Conclusion: Creating Dimensionality in our Imagery

So, am I a new Microcontrast believer?

Well, no. If you’ve been paying close attention so far, it won’t be too surprising that I’ve tried to trick you. The above images weren’t shot on different cameras at all. They’re both shot on the A9 with a 55mm lens, and the difference is that I pushed the light down slightly in the left image to create deeper shadows. That’s the level of fidelity we’re actually working with here.

Mark did the right thing and attempted to create fair comparative conditions for his experiment. He’s here doing the same thing I’m trying to do: bringing more interesting, scientific analysis to online photography. While I disagree with his conclusion, the methodology was more thorough than most proponents for microcontrast. I still enjoyed and recommend his articles on Crop Factor and Normal Lenses.

Now, to anyone rushing to the comments to prove me wrong, I am throwing down this gauntlet:

We can measure a lens’ contrast and resolution. If you want to prove that there is a noticeable lens quality outside of these factors, take the same photo with the same sensor, lighting, focal length, aperture, and ISO. Ideally at the exact time and with the cameras stacked one on top of the other. Show me these two images side by side, and how the differences exist outside of the inherent resolution and contrast differences between every two lenses.

The other way you can prove this to me is if any lens designers want to come out and demonstrate how they create microcontrast in their lenses and what steps are done to achieve so. If we are going to be scientific about this, the burden of proof falls upon those looking to prove that microcontrast exists, not the skeptics. The calling card for microcontrast is that it exists outside of measurement but is perceptible. If it wasn’t perceptible, it wouldn’t be of interest. So I keenly await this proof.

For the rest of us, while we’re waiting for someone to take this experiment upon themselves, try to enjoy the skepticism. Look at the way reviewers, manufacturers and bloggers lean into the myth to add to their own sense of credibility and perpetuate the commerce cycle. As a microcontrast skeptic, feel free to look at the ways composition, lighting, and even makeup, can radically change the look, feel and yes, depth of your imagery.

Josh Wells writes about better photography through science and philosophy for the blog UV Filter Monocles on Medium. You can see more of his work on his website, and also make sure to follow him on Facebook and Instagram. This article was also published here and shared with permission.