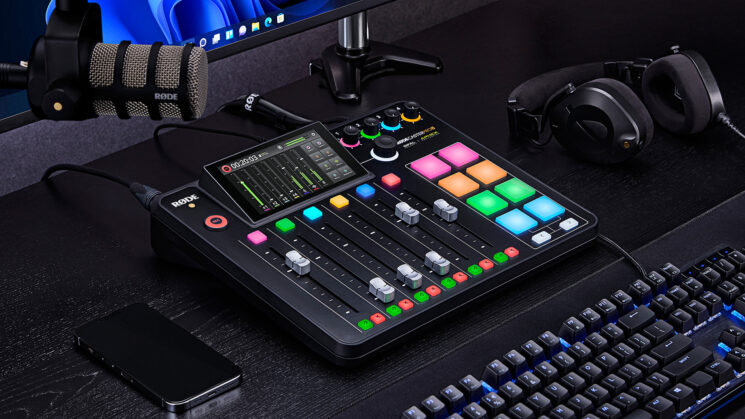 Rode has announced the new Rodecaster Pro II, the successor to 2018’s popular Rodecaster Pro live mixer aimed at live streamers and podcasters. The Rodecaster Pro II isn’t just an incremental update over the original, though. Rode says they’ve redesigned it from the ground up to create “a completely new beast” featuring ultra-low-noise, high-gain Revolution Preamps and the ability to accept instruments as well as microphones.

It has a super low input noise level of -131.5dBV and 76dB of gain at your disposal. Its APHEX audio processors have been completely overhauled and remodelled at the component-level to offer pro studio quality results in a home studio setting. Rode says that its quad-core audio engine offers more processing power than any content creation console on the market.

The Rodecaster Pro II builds on the success of its predecessor with the addition of line and instrument level inputs through TRS/XLR combo jacks, a quieter noise level, greater output level and USB Power Delivery (15V 2A) over a Type-C socket meaning you can use it on the go with a regular USB-PD power bank when plug sockets aren’t available. It also features a built-in microSD card slot for recording your audio or you can record out to a USB SSD or other storage device (as long as it’s fast enough to keep up).

There are a pair of USB interfaces allowing you to use it as your main USB audio interface going into your computer for streaming as well as hooking it up to other USB devices as a digital audio source, like a smartphone, for mixing local microphones with remote conversations and four headphone sockets, allowing up to four people to monitor the levels of the audio while speaking. And, of course, it has Bluetooth with music and headset profiles so you can record those remote conversations over Bluetooth instead of USB. 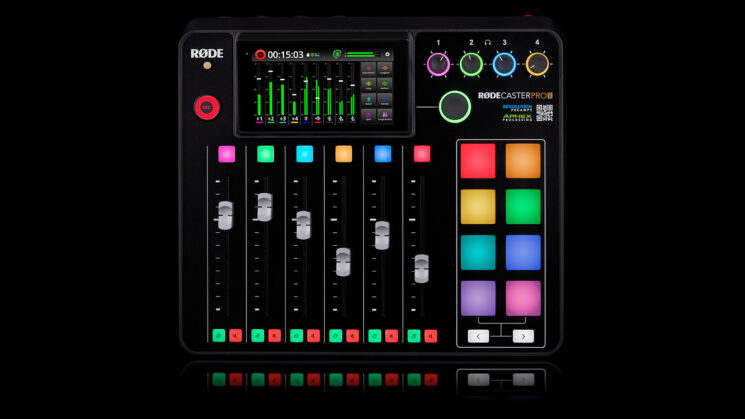 The Rodecaster Pro II also features built in 802.11g/n/ac WiFi for 2.4GHz or 5GHz connections as well as wired gigabit ethernet.  So, it’s got connectivity up the wazoo. The eight sounde pads of the original Rodecaster Pro have also been replaced by eight SMART pads, which can do much more than the previous pads of of its predecessor. You can use them to trigger on-the-fly voice effects, send MIDI comments to external software and automate mixer actions like fades in and out. Of course, you can just use them to play sound effects, too, like on the original.

Although it’s been rebuilt as a completely new unit, I don’t think it will replace the original Rodecaster Pro for current owners – especially if they’re happy with what they’ve got. But if you’ve been thinking about buying the Rodecaster Pro, the improvements and changes on the Rodecaster Pro II definitely look to be worth checking out.

The Rode Rodecaster Pro II is available to pre-order now for $699 and is set to ship in mid-June.

« You don’t need to spend money on these things for great landscape photography
Is microcontrast your favourite photography blogger’s favourite myth? »