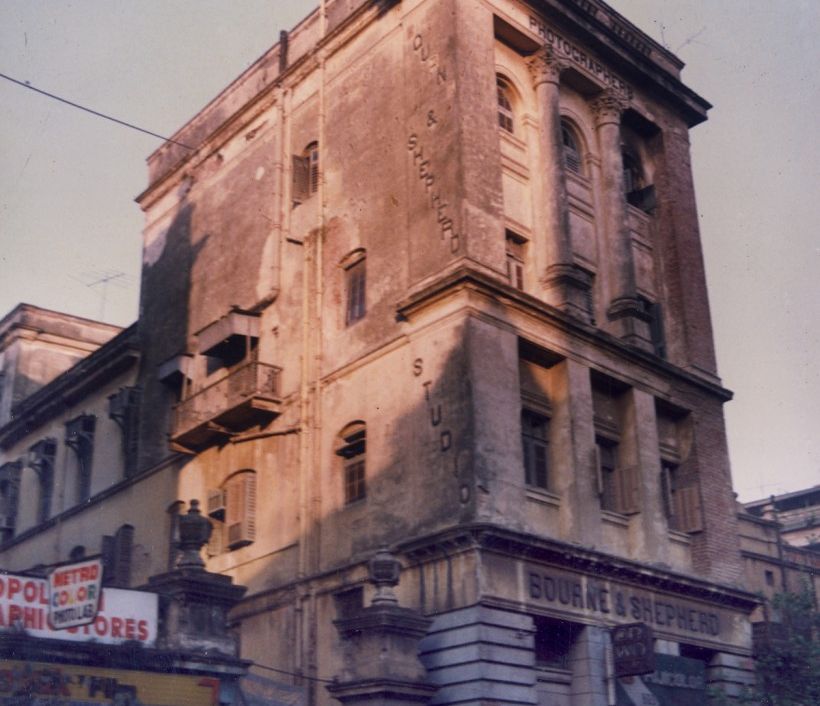 Today, a week after an exhibition titled ‘Bourne and Shepherd: Figures in Time’ came to a close in the plush locality of south Delhi, Bourne and Shepherd, Asia’s first photography studio and the world’s longest functioning decided to shut shop in Kolkata after 176 years. The studio, was still functioning out of its original, regale building setup in 1863 though its regality had tarnished over the years, especially after a fire that broke out in the entire building in 1991.

In the 25 years since that fire, the studio has come to be known with different names, ranging from “the haunted building” to young children and “purana (old) studio building” to elders who can still recall its grandeur. Officially the studio continued to use the abbreviation B&S.

At the exhibit in Delhi held in conjunction with Tasveer arts and Gallery Exhibit 320, the images were admired for their technical nous as well as compositional skill. A member of the team at Tasveer Arts was quoted by PTI as saying ” While the original photographs were very small, they contained a lot of details and information as they were shot on a large plate camera. This really lent them to being blown up. It took us six months to put it together, with two months spent on retouching the images. We made high-resolution scans and retouched the images to reveal all the hidden details, and printed the enlarged prints to match the tones of 19th century photographs.”

Not known to many, Bourne and Shepherd was a travelling studio set up by noted British photographer Charles Shepherd in partnership with Samuel Bourne.

As noted by author G. Thomas, Shepherd initially set up shop in ‘The City of the Taj- Agra’ with Arthur Robertson. The institution then moved to Shimla before settling down in the present city of Kolkata (then Calcutta).

Over the years, India’s erstwhile nobility, British Officers and their wives and later, independent India’s first politicians came to the studio to have their portraits made. 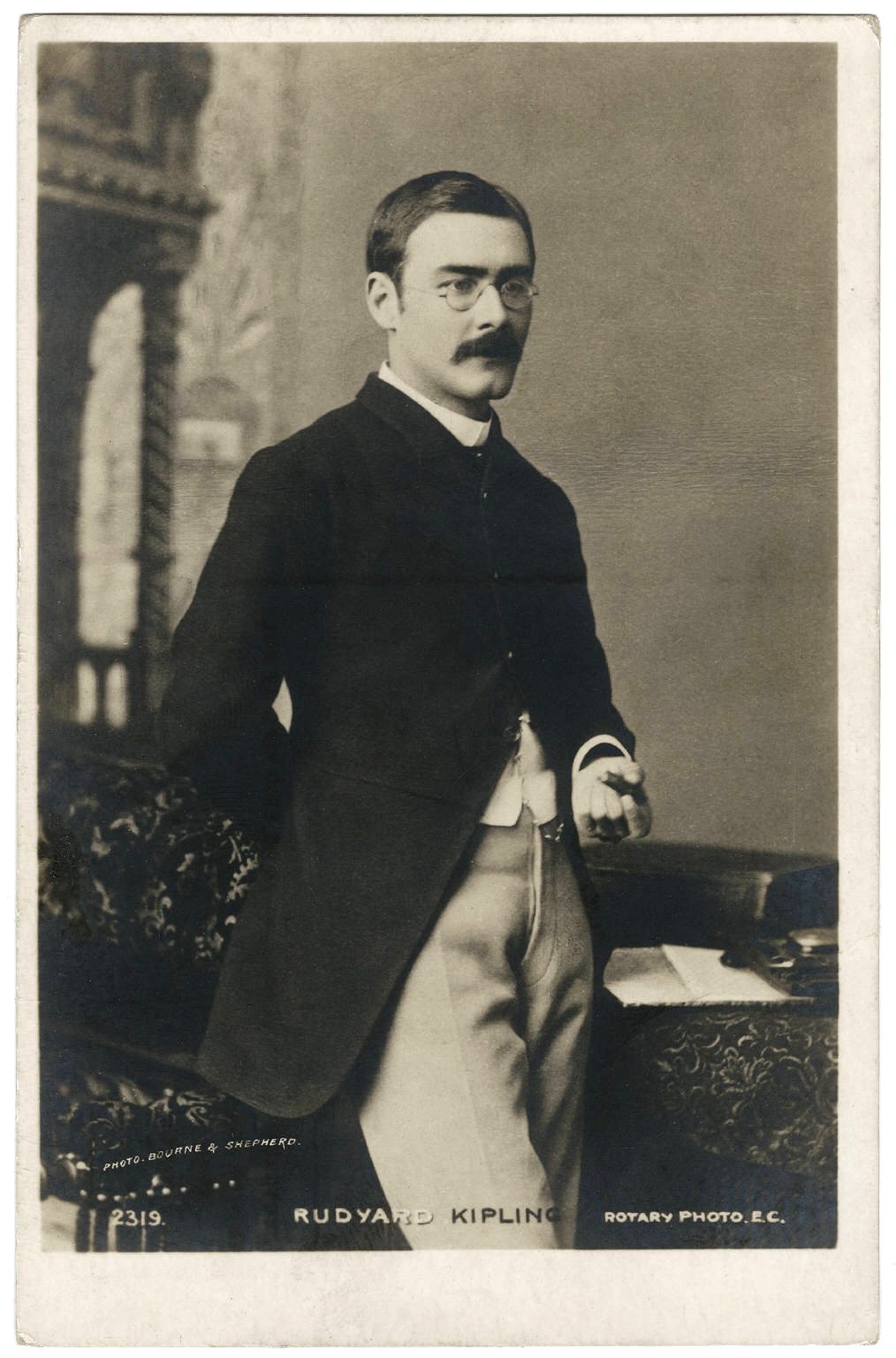 A portrait of author Rudyard Kipling. Image VIA Wikipedia.

A close up of the signature on the print.

Anybody who was a somebody is said to have come to the studio. Even nobel laureate Rabindranath Tagore and Academy Award winner Satyajit Ray were regular visitors.

At its peak, the studio had 2 major corresponding offices in Shimla and in Mumbai with a number of affiliates all over the country, as well as two offices in Paris and London to handle its mail order services.

Though the ownership of the studio constantly changed hands over the years, Bourne and Shepherd as an institution, built one of the strongest documentations of modern India, both of its colonial times, as well as post independence.

Much of the seminal work was down to the talent and passion of Charles Shepherd and Samuel Bourne themselves who would travel across, then undivided India in a bid to photograph cultures. 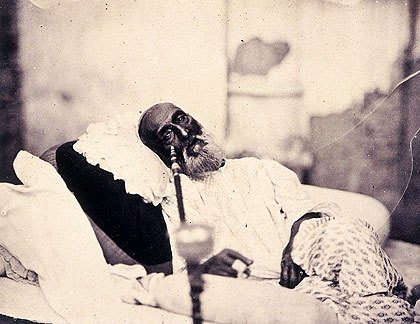 Samuel Borne on the other hand is said to have taken photography, quite literally to record setting heights with his “arduous expedition into the himalayas” as noted by author G.Thomas. Bourne’s most noted feat is a trek to Manirang Pass at 18,600 feet in Himachal Pradesh to photograph it in which he took close to 250 12 inch x 10 inch glass plates and more than 400 8 inch x 4.5 inch (odd 2:1 size perhaps used for making panoramas) which were handled with a crew of 30 people. After a hard and trying expedition he is said to have returned with 147 glass negatives to show for it. A reporter with a local newspaper at that time noted “we are constrained to admit, the artist is possessed of resources shared in common by a few.”

In 1866 the studio issued a catalogue of 1,500 of its best photographs. Its Tin and Glass plates, Albumen prints, bromide paper prints and black and white negatives have been collected by private collectors, archivists and museums from across the globe such as the National Portrait Gallery in London, Smithsonian Institution, Cambridge University Library and the Duke University library. 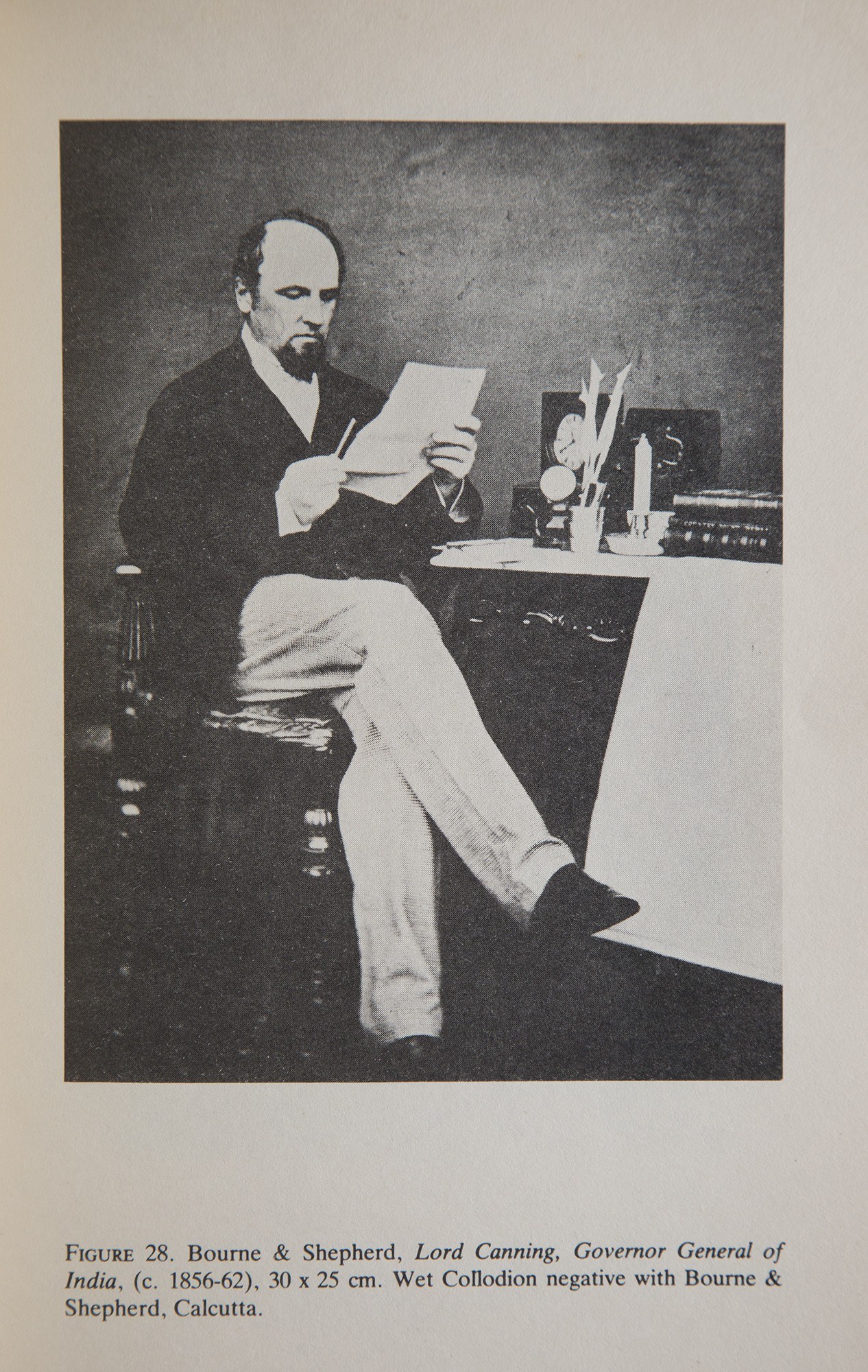 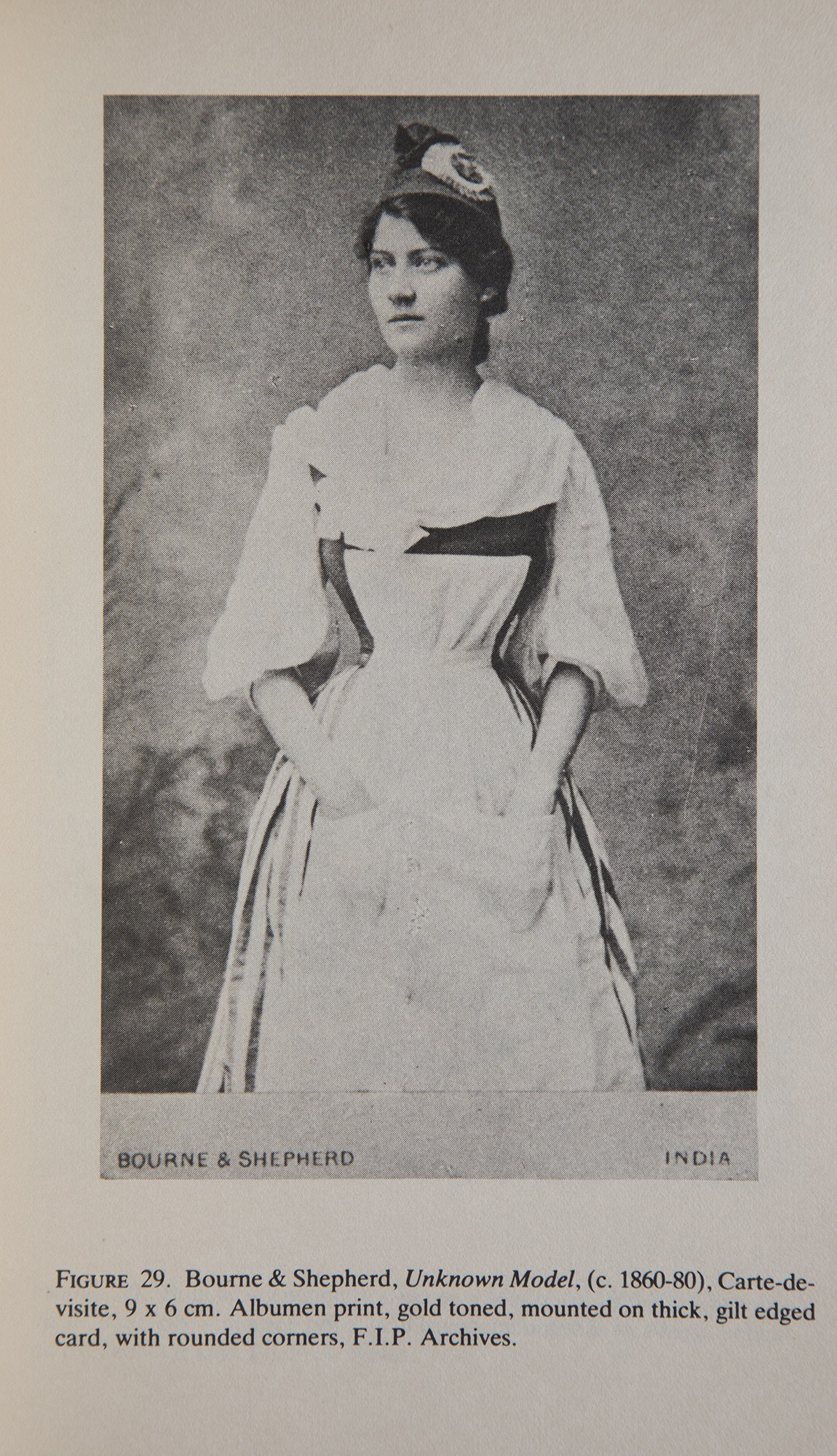 In 1870 Samuel Bourne returned to England, with Shepherd leaving 15 years later in 1885. The studio constantly changed hands in between British and Indian nationals, before landing up with Jayant Gandhi, the present owner in 1964.

” After buying the studio, we expanded into other areas too such as advertising, and industrial shoots as well as making short films and documentaries. We would also process 16mm and 35mm motion picture films.” he told us.

He goes onto elaborate “We lost and entire floor of the main studio and our archive to the fire in 1991. So much of our archive was lost, almost close to 90 percent of it. Running the studio after that became difficult. It was very difficult for us to recover out of it. ”

Close 2000 glass negatives are said to have been destroyed in the fire. 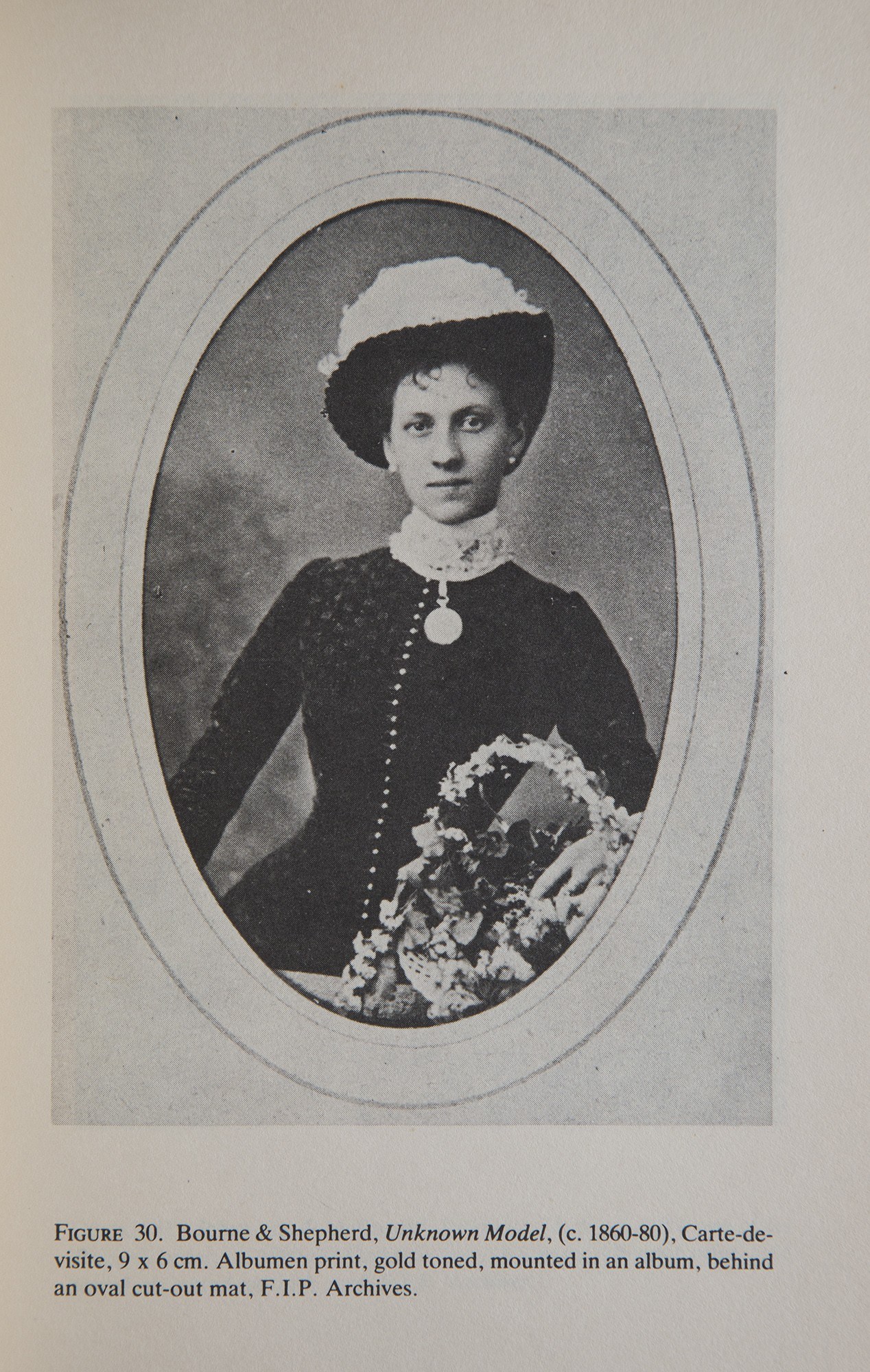 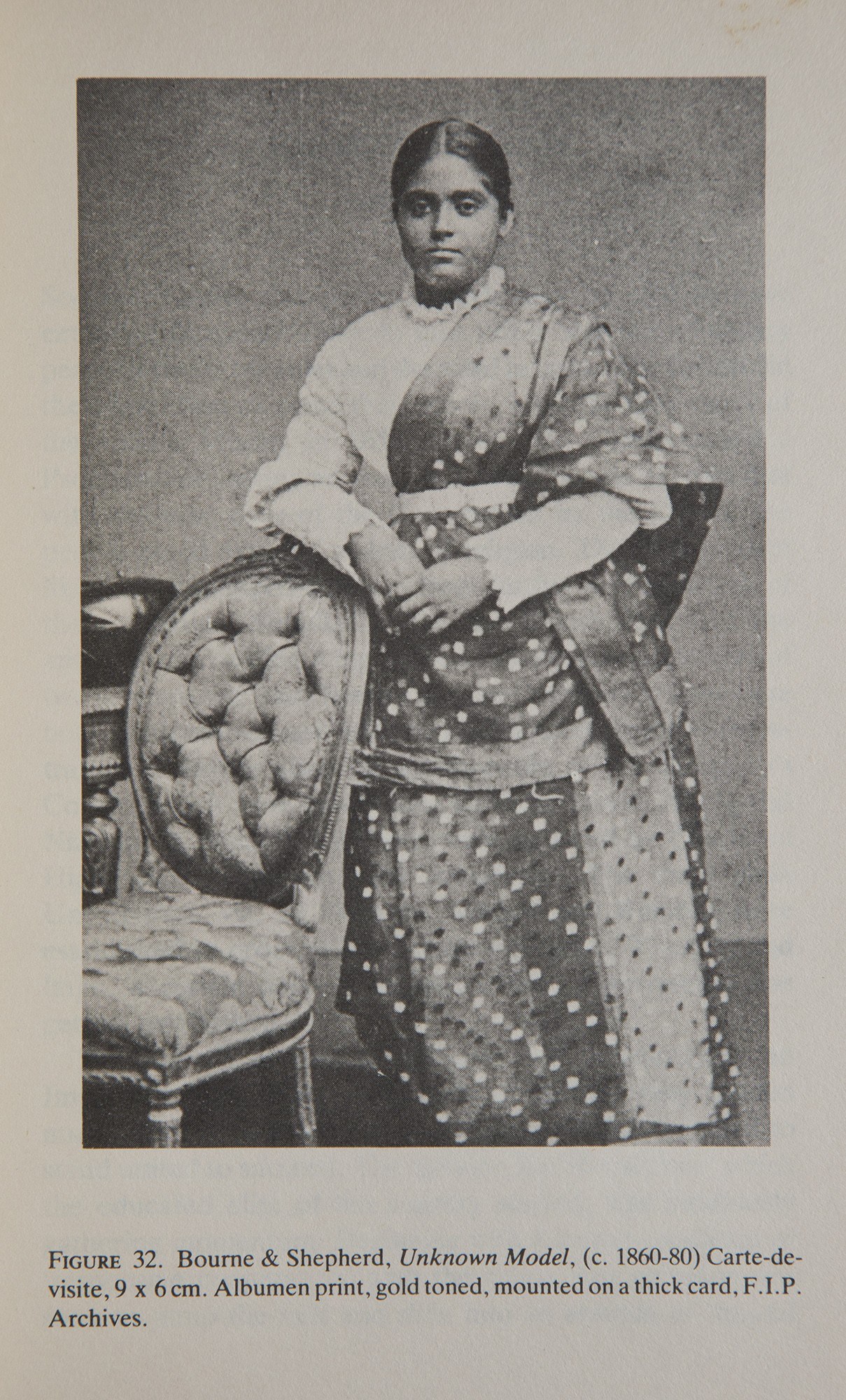 The studio continued to function after the fire by adjusting its operations to the second floor of the building. In the end, the studio also advanced into digital photography though it has only been doing colour printing and processing in the past couple of years.

The past decade has seen the studio embroiled in a long legal battle with the Life Insurance Corporation of India (LIC), the original owner of the building. “We only had the building on lease and due to a space issue, and a discrepancy on the rent, they wanted it back. We filed a case in 2002 and finally lost the battle to the court order” Gandhi said.

On asking if he has any plans to revive the studio, he said resigned and saddened with resignation “I am sad that it is gone, but in the end, there are somethings that are out of one’s control”

For now, Bourne and Shepherd’s life and legacy rests in the hands of the Life Insurance Corporation. For government authorities it represents a transferable property, but for photographers who are concerned it represents an immovable part of their heritage with some photographers in Delhi considering further legal recourse and also having the building declared a historical asset before it is bulldozed.

Kshitij Nagar is a photographer and videographer based in New Delhi, India. He also runs the photography blog Writing Through Light. You can follow him on Twitter at here, and stay in touch via facebook here. This article was also published here, and shared with permission.

FogCam, the world’s oldest webcam, is being shut down after 25 years of service

Employees left jobless and customers let down as Picture People studio chain shuts down without notice
« Fathers and daughters: why do 2/3 of the population prefer that dads will take family photos?
Kerlee jump into the lens market with world’s first super fast 35mm f/1.2 for full frame cameras »