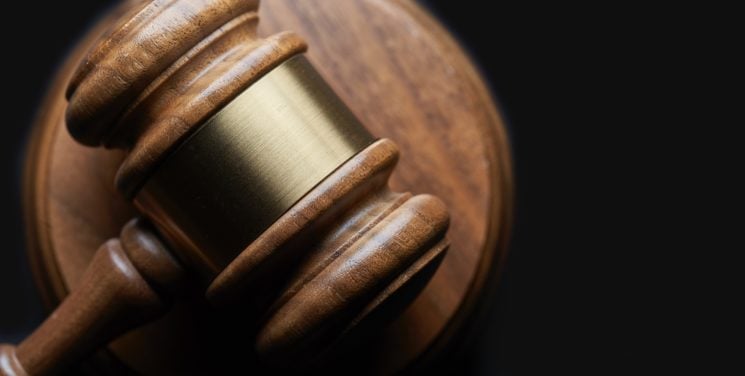 Many photographers argue that Unsplash is a disaster for the industry. But it seems that it can also be harmful to those who download and use photos from the website. Photographer, cameraman, and presenter Simon Palmer recently got into legal trouble after using a photo from Unsplash on his blog. Although the photo was from the “source of freely usable images,” Palmer got a copyright infringement notice from Copytrack requesting him to pay a license fee.

Palmer told Phoblographer that his marketing team was instructed to use only CC0 photos for the blog, and that’s what they did. The photo in questions shows a woman walking next to a horse. Using photos from Unsplash shouldn’t be a problem, right? However, they were soon contacted by Copytrack, sending them a copyright infringement notice. At this point, Palmer checked the photo on the blog, and he says that he was sure it came from Unsplash. The team had also credited the photographer as the website suggests. But this is where it got tricky.

When Palmer searched Unsplash for the photo, he realized that neither the photo nor the photographer were on the website any longer. He contacted Unsplash and raised a ticket with them. However, he says that he didn’t have much contact with them since. They only said that “they would pass it on to the person who handles the legal issues,” but this is where it ended. At the same time, Copytrack was still pressing him to pay the license fee, or face the legal action which would cost way more.

Copytrack representative pointed out that “any license provided by Unsplash for this image is not valid.” Unsplash’s license doesn’t cover images of people “if they are recognizable in the Photos.” And indeed, the lady in the photo is recognizable. Copytrack representative added that photographers are often unaware that their photos are uploaded on Unsplash, “and most would certainly not give away their images for free.”

It’s possible that someone just stole a photographer’s work and posted it to Unsplash. Although, I don’t see how they would profit from it, considering that Unsplash images are free to download and use. But the photo and the photographer disappeared from Unsplash right after Palmer got the copyright infringement notice. So, it’s more likely is that Palmer was a victim of copyright trolling. It’s possible that someone posted the image which isn’t covered by the Unsplash license, waited for someone to use it, and then filed a claim. After all, Unsplash is pretty shady when it comes to model and property releases. You can read and hear more about it in this interview which Zack Arias did with Unsplash founder Mikael Cho.

We’ve contacted Simon Palmer for more details. We’ve also reached out to Copytrack to try and get their view on the matter. We’ll let you know how the case unfolds if we hear back.

[via Phoblographer; lead image by Bill Oxford on Unsplash (it seemed appropriate)]

« This gear vs skill challenge puts an amateur with a Fuji GFX 50R against a pro with a Google Pixel 3
Former NASA intern sells original moon landing videos at an auction for $1.82 million »