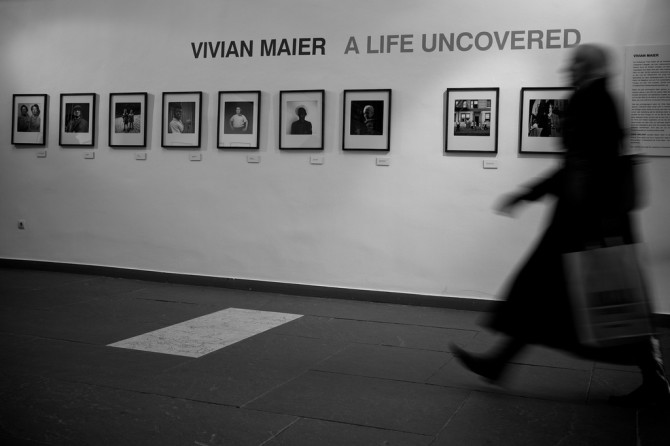 A state public administrator’s office in Chicago, Illinois has issued letters to several individuals in possession of Vivian Maier photographs and negatives, informing them of possible lawsuits they could be facing over any money they earned from selling Maier’s work. Among the recipients of the letter were several galleries and John Maloof, an individual who owns a lionshare of original Maier works with a collection of negatives in the tens of thousands, which he bought for $400.

When Maloof acquired the negatives in 2007, he hired a genealogist to help track down any heirs of the mysterious photographer. He was able to locate Sylvain Jaussaud, whom was considered by experts to be Maeir’s closest living heir as a first cousin once removed. Maloof and Jaussaud reached an undisclosed agreement in which Maloof would assume the rights to the negatives. Maloof then filed an application to register his copyright, which is currently still pending one year after being filed.

As Maiers work began receiving widespread attention, David C Deal, a former photographer turned lawyer, took a special interest in the fascinating case that is the life and work of Maier. He became upset that people of no relation to Maier were profiting from her artistic works and set out on a personal mission of his own to track down additional living relatives of Maiers. His search led him to a small town in southern France at the home of Francis Baille, a man who genealogists hired by Deal say is also a first cousin once removed. Baille was entirely unaware of his relation to Maier, but agreed to seek legal heirship under American law after speaking with Deal.

Maloof stated he had also uncovered Baille in his search for living heirs, but was told by his legal panel and geneologists that he was not closer in relation to Maier than Jaussaud. Maloof was quoted by the NY Times saying:

“I’ve been obsessed since the beginning with trying to find out who Vivian Maier was and whether she had heirs. I was always trying to do what was as legally and ethically aboveboard as possible. It’s kind of sad. I have a very emotional attachment to her work and I’m very protective of it. And I’ve never let anything happen to it that’s not been of the highest quality.”

After the extensive amounts of time, money, and resources he has put into curating Maiers work, preserving them, and even helping to direct the popular film “Finding Vivian Maier“, Maloof also shared that until this year, he hadn’t earned any income on the images.

The case, which was brought on by Baille’s legal pursuit of becoming an official heir to the Maier estate has essentially forced Maloof and others who sell Maiers work to cease doing so until a decision is made, which can sometimes take several years in especially complicated cases such as this one according to Joanne Zlotek, a general counsel from the administration office that issued the letters. She also made note that the letters were just cautionary notices of what could happen and to make it known that an estate has been created for Maier.

In the meantime, galleries have pulled Maiers work until they are otherwise informed by their lawyers.

If you are curious as to what Deal’s stake is in the case for representing and working with Baille, he had this to say in the NY Times:

“I’ve dramatically reduced the going rate for defending my client and I’ve put a lot of my own money into this. If I came out on the other end of this issue breaking even, I would take it, because I think it’s likely to be the most interesting thing I’m ever going to work on in my legal career.”

Copyright law cases have been sweeping the headlines lately and, given the popularity of Vivian Maier, this one is likely to be in the spotlight for a while. What are your thoughts on the entire thing? Do owners of original Maier negative such as Maloof have the right to sell them? Let’s get a friendly discussion going in the comments section below.

[via NYTimes | Photo by Thomas Leuthard ]