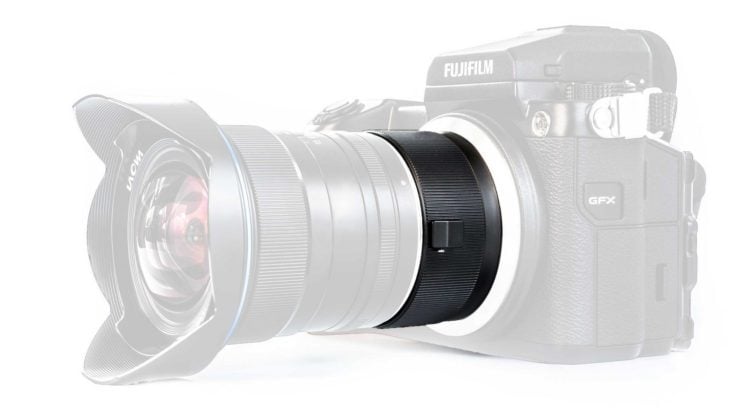 Adapters that let you mount a lens from one camera system to a body of another are nothing new. Even so-called “Speed boosters” which allow you to get much of the benefit of full frame lenses on crop bodies have been out for a while now. The new Magic Format Converter from Laowa, though, takes things in the opposite direction. Putting smaller format lenses onto larger format sensors.

The adapter gives the ability to mount full frame Nikon and Canon lenses onto the Fuji GFX-50S medium format camera. There are a couple of other adapters out there that can also do this, too, but with one big issue. Nikon & Canon lenses don’t cover the complete GFX sensor. So, your image is cut off at the corners. This adapter compensates by expanding the image out to fill the frame.

This is the second release in Laowa’s “Magic” converter line up. Beginning last year with the Laowa Magic Shift Converter (MSC), which expanded the image circle of full frame lenses for Sony. This allowed some degree of shift, to move the centre of your lens from the centre of your sensor. This can be handy for things like architecture or product photography. 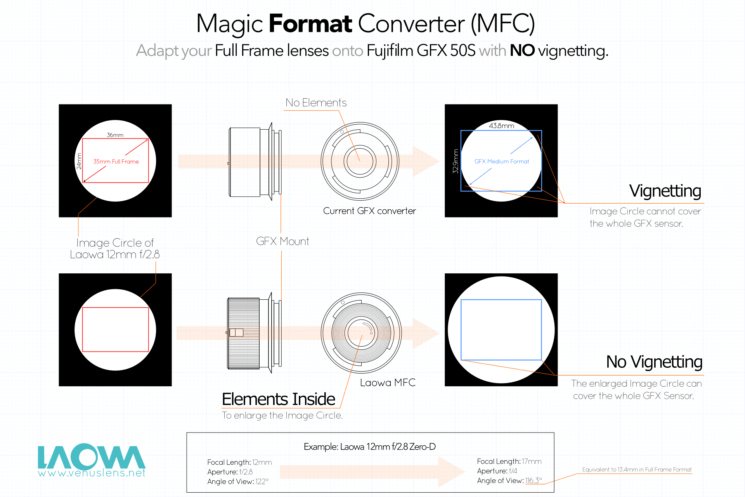 The Magic Format Converter (MFC) shares the same optical system as the MSC. Here, though, there’s no shifting. This expansion of the image circle simply allows those full frame lenses to cover the larger sensor of the Fuji GFX-50s. And it lets it do it vignette-free. 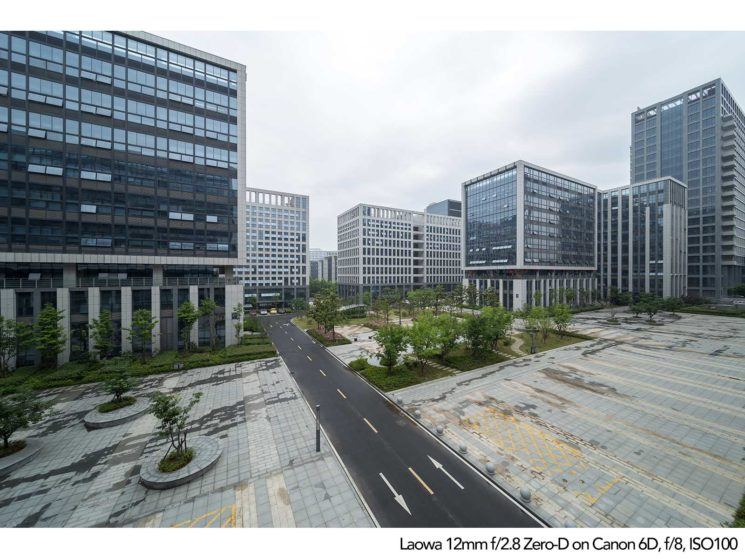 Expanding a lens image circle to cover a larger sensor does come at some expense. It’s the opposite of the Speed Boosters that allow you to mount full frame lenses on crop bodies to see the full field of view and gain some light. Laowa doesn’t seem to explicitly state how much light is lost as a result of this stretching, but I would surprised if it’s more than a stop. 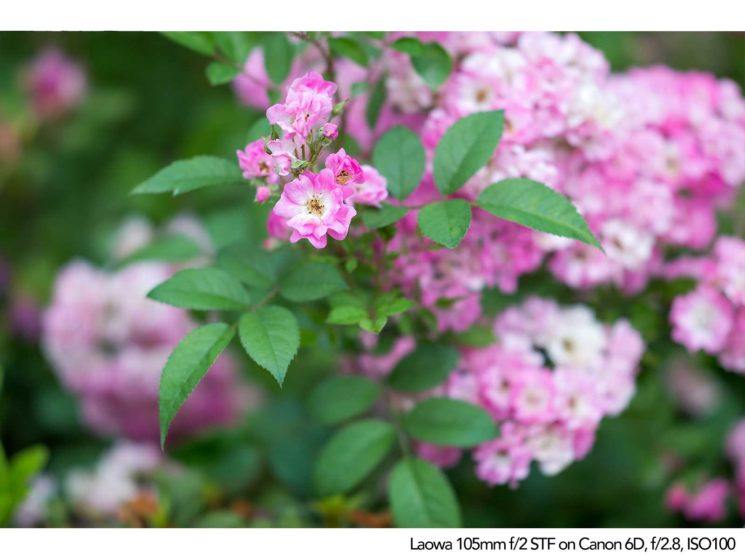 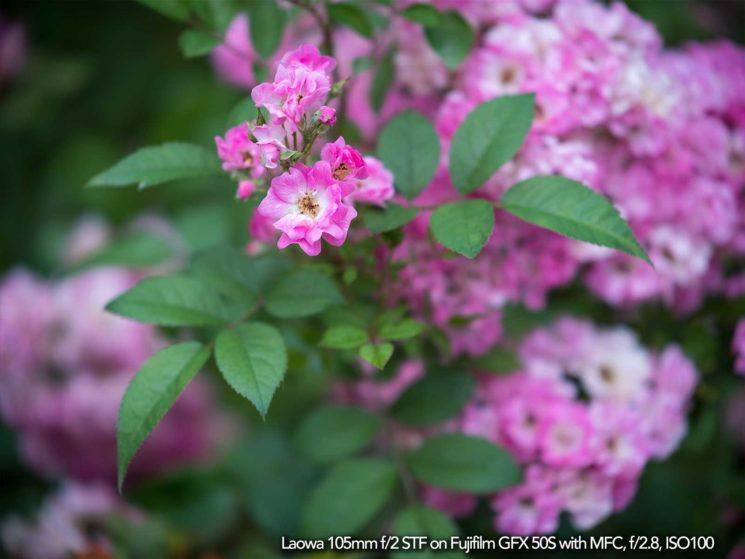 I did see one hint on Laowa’s site that gives a suggestion, though. They say that their Laowa 12mm f/2.8 Zero-D lens acts like roughly like a 17mm f/4 lens when used on the GFX-50s with the adapter. Now, whether that “f/4” is talking about the depth of field relative to field of view, or a one stop hit to your exposure it doesn’t say. But, again, I would be surprised if you’d lose more than a stop of light.

The Laowa Magic Format Converter will come in two varieties. Canon EF to Fujifilm G and Nikon AI to Fujifilm G. So, if you’ve been on the fence about picking up a GFX and have a stack of Canon or Nikon lenses, then this could be a good compromise while you transition.

Both converters are scheduled to ship in July, although no price has been announced yet. You can find out more and see further samples on the Laowa website.