In a world that is so obsessed with selfies,  it’s hard to stand out from the crowd, but the unusual technique adopted by American photographer, Brigette Bloom, may just steal the show. Bloom, an advocate for film photography, soaks rolls of film in her own urine before exposing it. Yes, you read that correctly, she pees on unprocessed film. 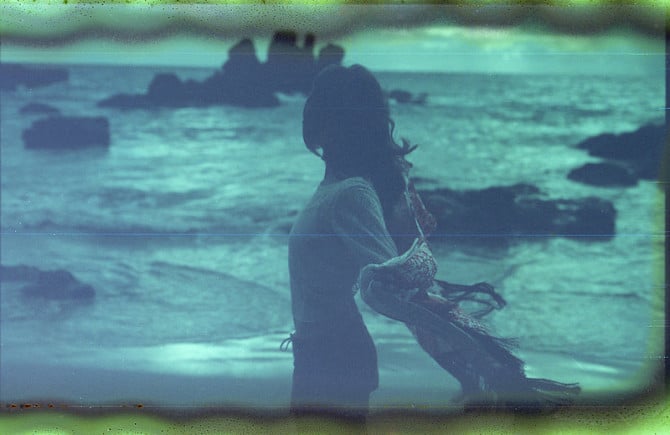 Bloom uses a variety of techniques to process her film including steeping it in her own urine.

Bloom discovered the quirky technique while experimenting with various film soaking procedures. She also frequently steeps her film with different liquids such as lemon juice, soap water, and wine  to see create interesting artifacts in the emulsions, which are visible only once the film has been processed. Soaking the film in urine, however, she says makes her portraits more personal since her very own DNA helped to create the finished look. 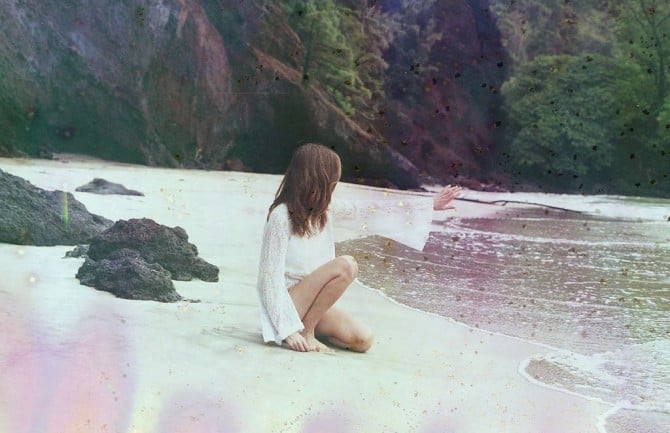 A frequent traveler, Blooms self portraits are taken in locations all over the world.

After soaking a roll of film in it’s canister, she rinses the urine from the roll and allows the film to dry for about a week before loading it into her camera. Bloom hopes to one day have her own darkroom where she can expand her experiments, but say in the meantime she will stick with more affordable ways to add interesting effects to her film–including using urine which costs the fine art photographer absolutely nothing. 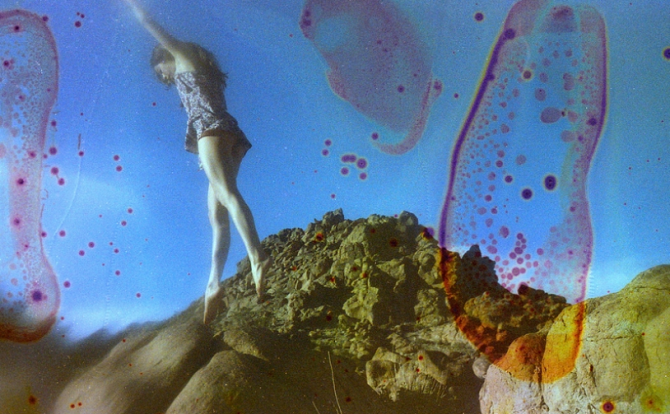 The deterioration caused by the urine is different on each photograph Bloom creates.

One observation Bloom has made about the photos she treats with urine is how unpredictable in nature the results tend to be. Depending on what she has been eating in the days surrounding the days she collects the urine, the film’s emulsions will deteriorate in different ways providing an incalculable amount of variations. That may seem quite daunting to some, but, in a way, it’s also part of the charm. Part of the reason artists like Bloom still shoot film. 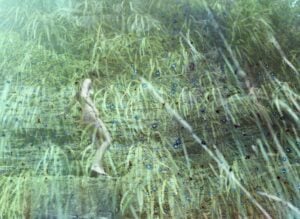 When Bloom first tried the technique, she admits that she wasn’t sure what was going to happen and that was okay with her. She had no expectations as she worked through the process, but, needless to say, she was delighted with the results and kept at it, experimenting more and more until she eventually amassed quite a collection of the pee soaked photos. 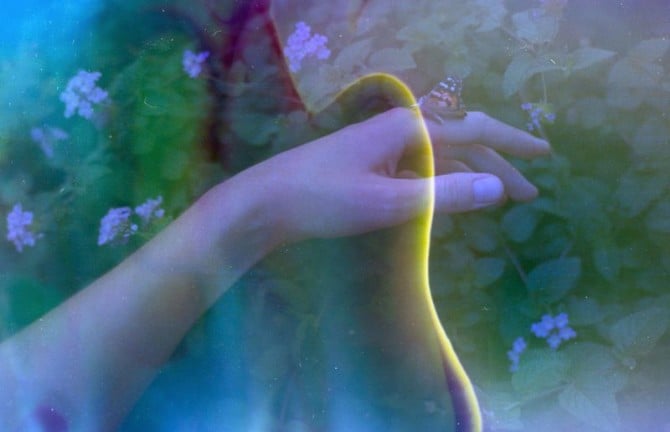 The color shift that results from the urine can sometimes give the photos a surreal quality others have more prominent and dramatic effects.

Browsing through Blooms portfolio and Instagram, you may bump into some NSFW stuff. Bloom isn’t bashful when it comes to posting nude self portraits as way to suggest that the human form is a work of art itself. In a recent interview with The Lab Magazine Bloom is cited saying:

“I do a lot of self-portraits, mostly because I’m always around! I think the female form is so beautiful. Actually, I think every form in its natural state is beautiful. And I want to celebrate that! It saddens me that as a culture we’ve become brainwashed to the point that people are actually ashamed of their own bodies…I’m not saying that everybody should be going around taking nude photos, but more that we should accept and embrace the bodies we’ve been given.”

[Brigette Bloom via The Lab Magazine and Feature Shoot]

« See How To Stabilize Your DJI Phantom Footage With A $10 Rig
Wedding Photographer Loses Over 2000 Photos After Car Was Broken Into – What Would You Do? »