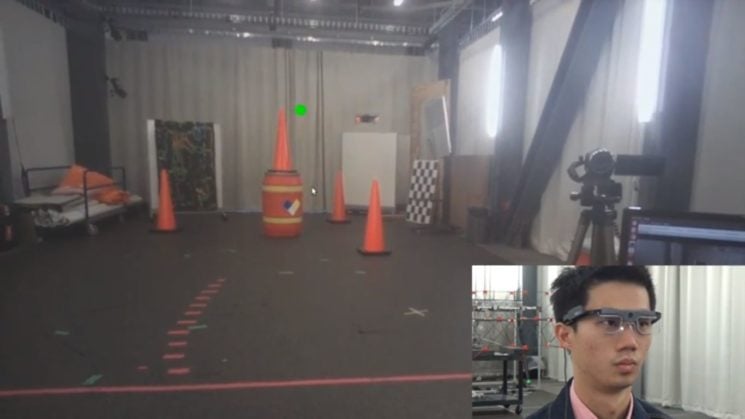 The research team explains how the system works, describing that it uses a gaze tracker, a camera, and an Inertial Measurement Unit (IMU) installed into the glasses. This system can perform different tasks. It can estimate the relative position of the pilot in relation to the drone and allow them to send new 3D navigation waypoints to the drone. Also, it can “decouple the gaze direction from the head orientation,” meaning that you can control the drone with your gaze no matter in which direction your head is turned.

The team writes that they use a combination of camera and IMU data to decouple the human gaze from the head motion. And in order to detect the drone, they use a deep neural network. As for the applications of this method, there are a number of them. The first that came to my mind is using this tech for people with disabilities. The team behind the eye-controlled drone mentions it too, but they also point out that it could be used for “inspection” and “first response” as well.