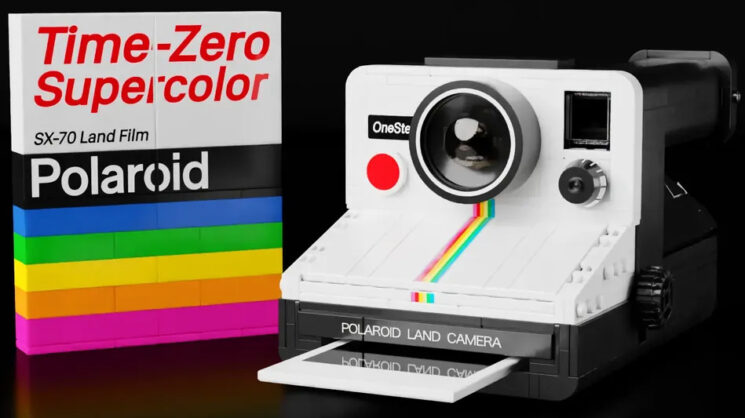 We’ve seen our fair share of LEGO gear, both working and just for playing and decoration. But if you’re into instant cameras, you’ll absolutely love this one!

LEGO enthusiast Minibrick has built a super-realistic Polaroid OneStep SX-70 out of everyone’s favorite bricks. He paid so much attention to detail that the camera even has a viewfinder and a functional film tray.

The LEGO Polaroid is nearly to-scale and made up of 538 pieces. Minibrick presented it on the website LEGO Ideas, where you can share your concept and turn it into reality after 10,000 community votes and a positive review from the company. His kit features the camera and a box of SX-70 film. There’s a viewfinder you can look through, and you can even turn a dial to make a LEGO photo come out!

What’s also amazing is that this project has passed the 10,000 votes milestone. It’s currently being reviewed by LEGO and it will be judged based on playability, safety, and fit with the brand. If it gets a green light, you may actually be able to buy one in a few months, which is pretty cool, isn’t it?

Arrange Your Photo Gear In A Cutlery Tray