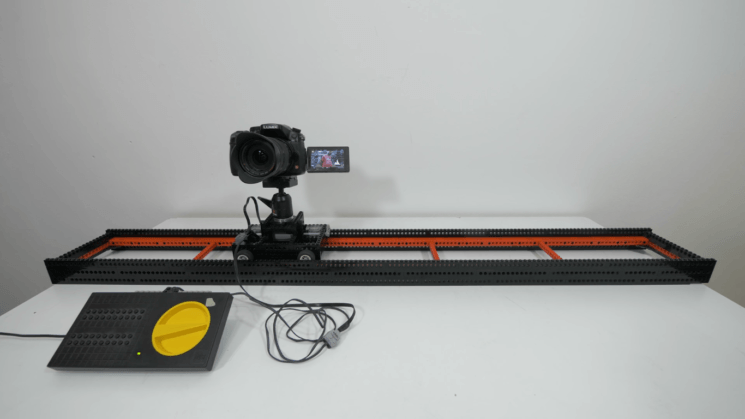 When we were kids, most of us played with Legos. Now, as grown-ups, we play with cameras. Dutch filmmaker Victor Bart brought the toys of his childhood and adulthood together: he created an impressive camera slider almost entirely out of Lego parts.

The only things not made out of famous plastic bricks are the ball head and of course, the camera. The dolly, the slider tracks, and even the controller – they were all made using Legos. 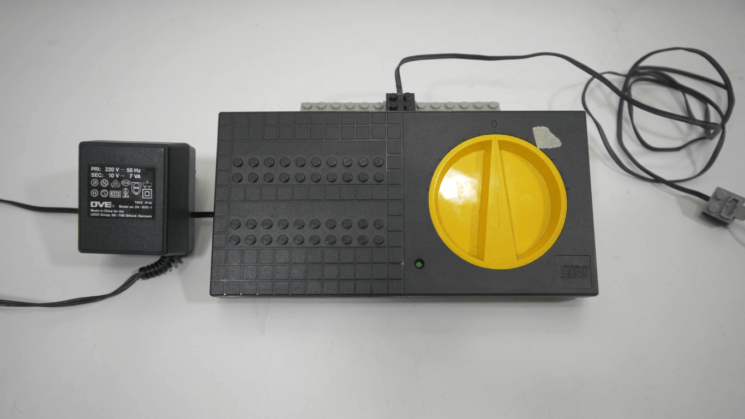 For this build, you’re gonna need some Lego Technic parts and the controller. Victor uses a speed controller from the Lego train set. It comes with a power adapter, and outputs 9V. The controller has a knob which allows you to control the movement direction, as well as the speed of the slider. 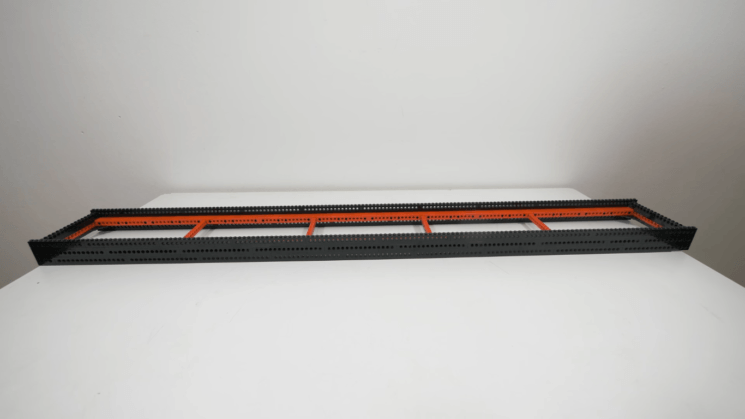 As for the slider track, it was completely built out of Lego blocks. The length of the track is 115cm, and it’s 12.5cm wide. The construction is stable and fairly flat, so the dolly has smooth movement along the tracks. There are tiny bumps due to the joints of bricks. But according to Victor, it’s nothing that camera stabilization can’t fix.

For this video, he uses Panasonic GH3 and a 12-35mm f/2.8 lens. The image stabilization is on due to the micro vibrations I mentioned above. The camera is mounted on the ball head with a quick release plate, and it’s the only part that wasn’t made out of Lego bricks.

The camera dolly is a square box made out of Lego, with four small Lego wheels with rubber tires. The construction enables you to move the ball head and place it on different positions on the dolly to get the camera in perfect balance. Since Lego still doesn’t produce ball heads, Victor mounted his onto a dolly using a bolt and metal washers.

The dolly runs nice and slow, but you can speed it up nine times by simply switching two Lego gears on the outer side. I thought I couldn’t be more impressed, but I was wrong:

When the dolly reaches the end of the track, the motor keeps working and the wheels keep spinning. However, the slider is built in a way that the dolly doesn’t tip over, so the camera and the lens are safe. It can even move when the tracks are place at an angle.

In the video, you can see pretty detailed shots of the build, although Victor doesn’t give the step-by-step explanation. After all, the point of playing with Lego is to be creative and come up with your own solutions. Victor gave you an idea, and you can try to replicate it or even improve it. So, if your box of Legos is lying somewhere in the garage or basement, now it’s the right time to get it out and play with it again.