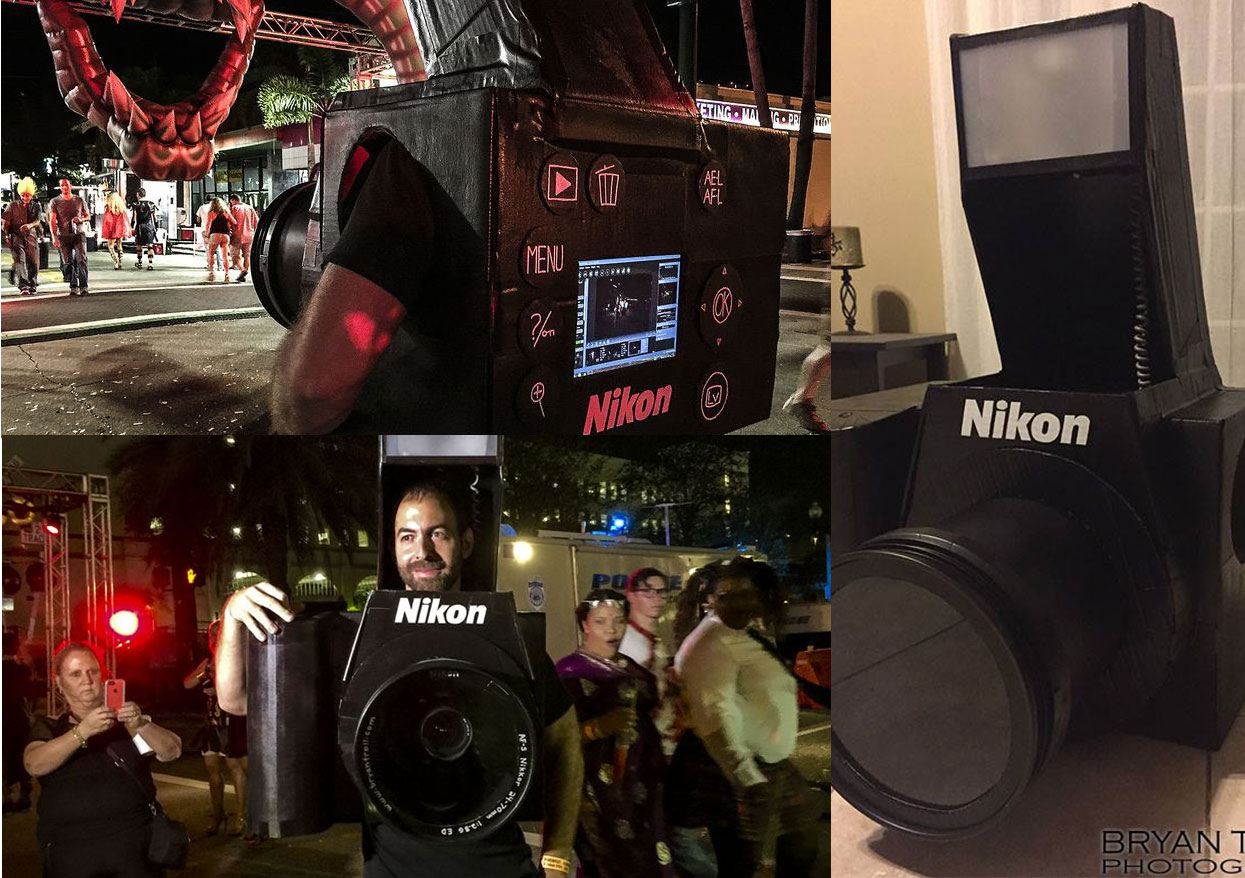 Here is an eye candy for any of you who are going to a costume party this Halloween. Photographer Bryan Troll built a full body Nikon camera custom. That alone was kind of impressing (and by kind of I mean extremely), but he did not stop there. The camera is fully functional with a strobe, “real” camera and an LCD. And the LCD is actually showing the photos that the camera is taking.

I found the idea online and thought it was pretty amazing so I set forth to figure out how to make it. I tried to balance having it be as proportional as possible so it looked good, but I also needed to make sure it fit me, and fit all the gear inside as well so it was an interesting challenge of measure, cut, trim, and tape, tape, tape each component. I spent at least 40 hours making it over many late nights, about $100 in cardboard, tape, rubber cement, plexiglass, and spray paint, and stuffed it with a few thousand dollars in camera equipment

But getting the outer shell to work was not enough, Bryan tells DIYP that:

The other challenge was getting the connectivity to work reliably between the camera and the screen on the back so it would automatically display the photos after they are taken without losing connection, going to sleep, etc. and of course have a workable battery life for each component

Here is the process of building the camera: 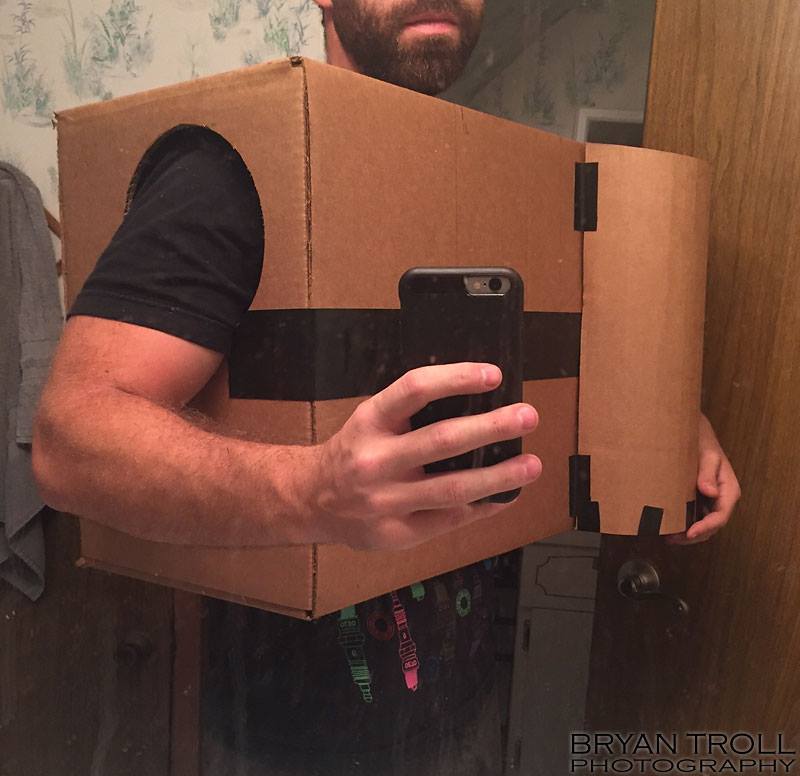 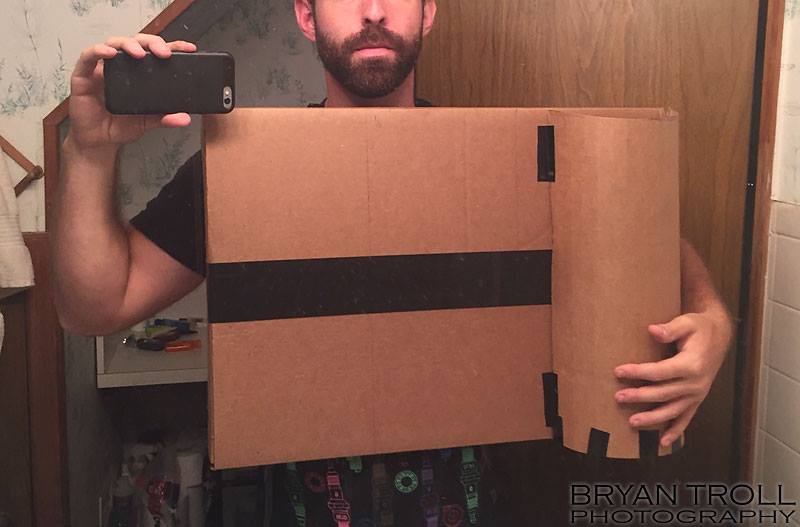 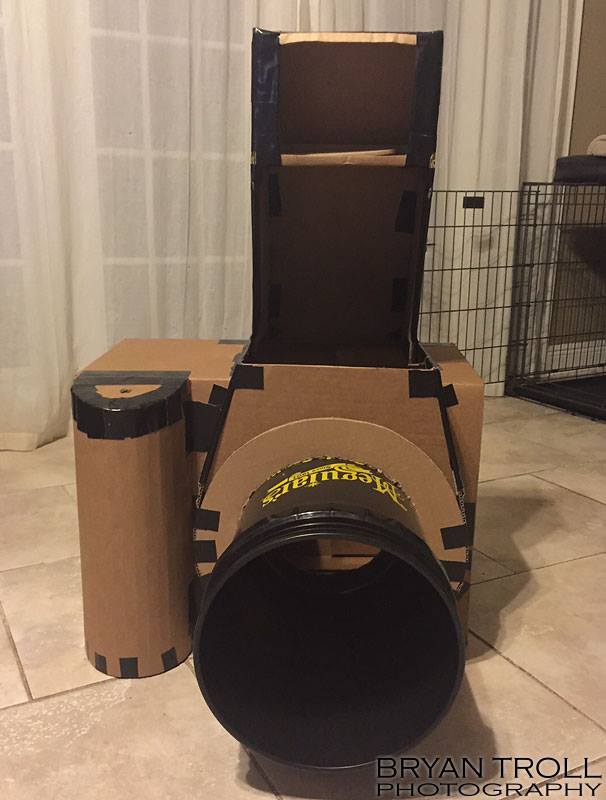 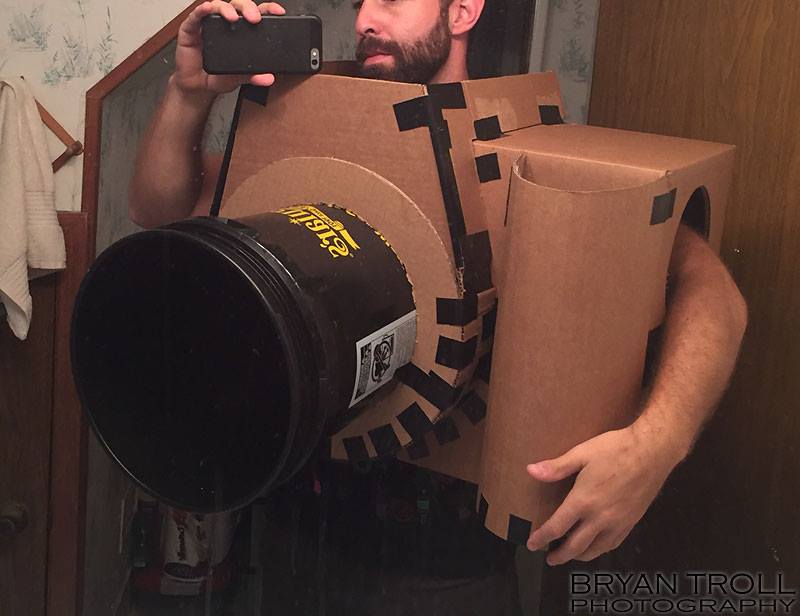 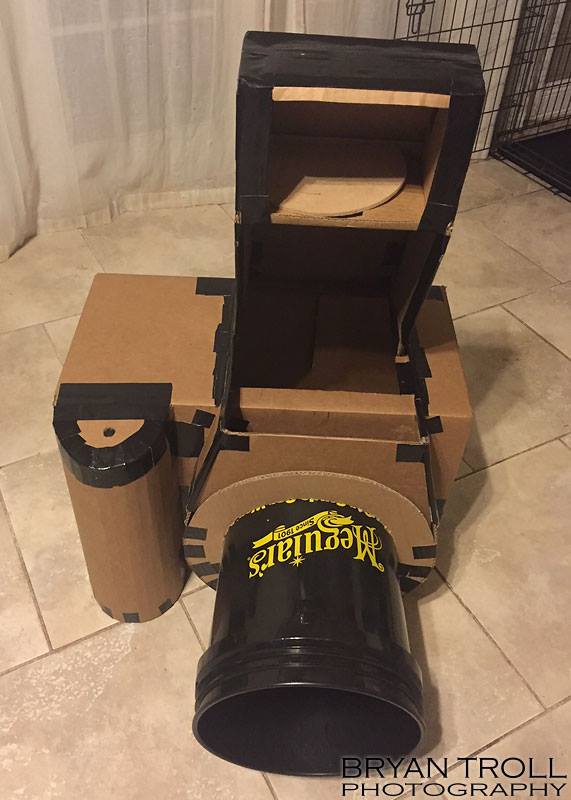 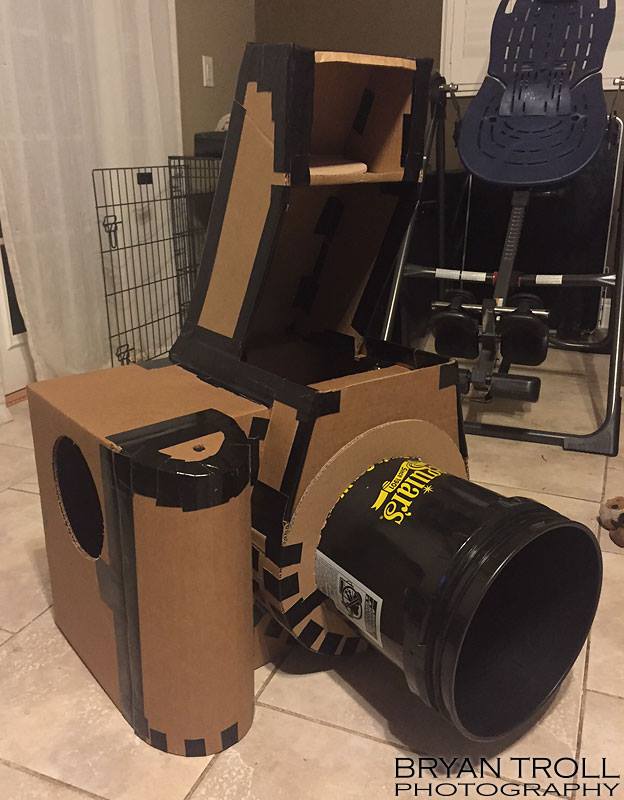 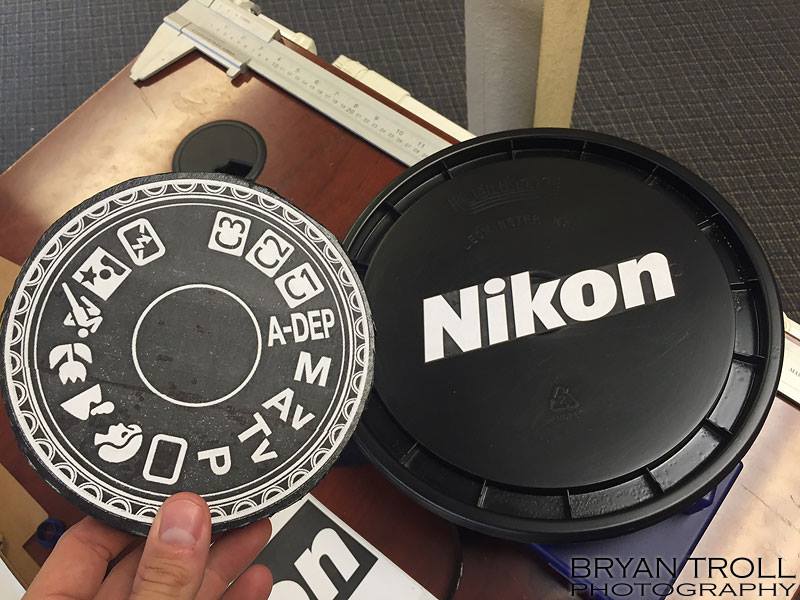 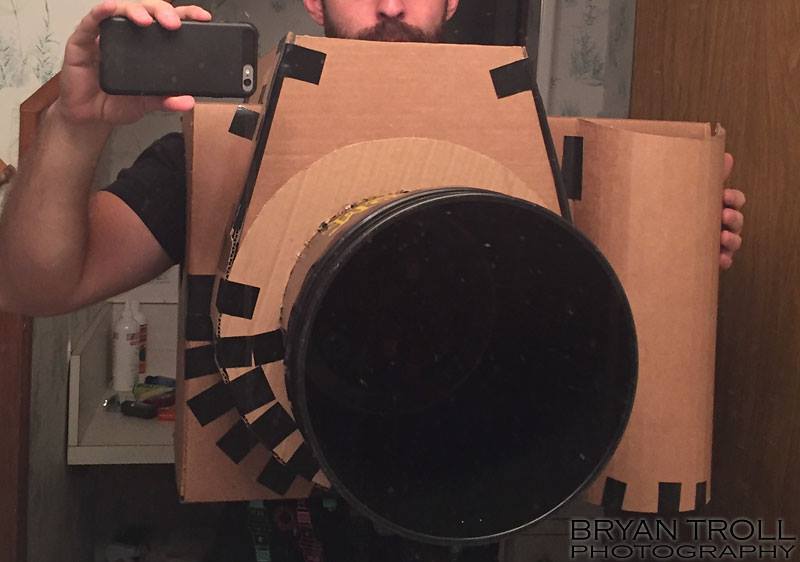 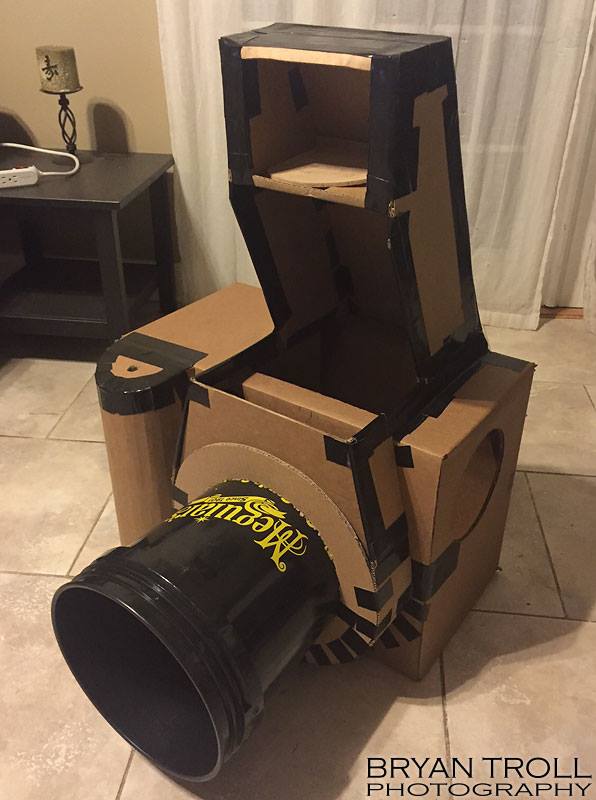 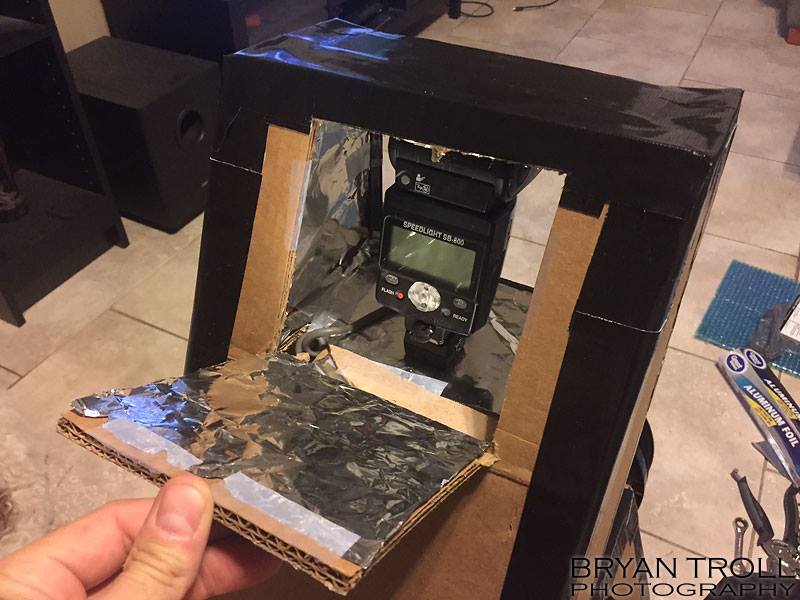 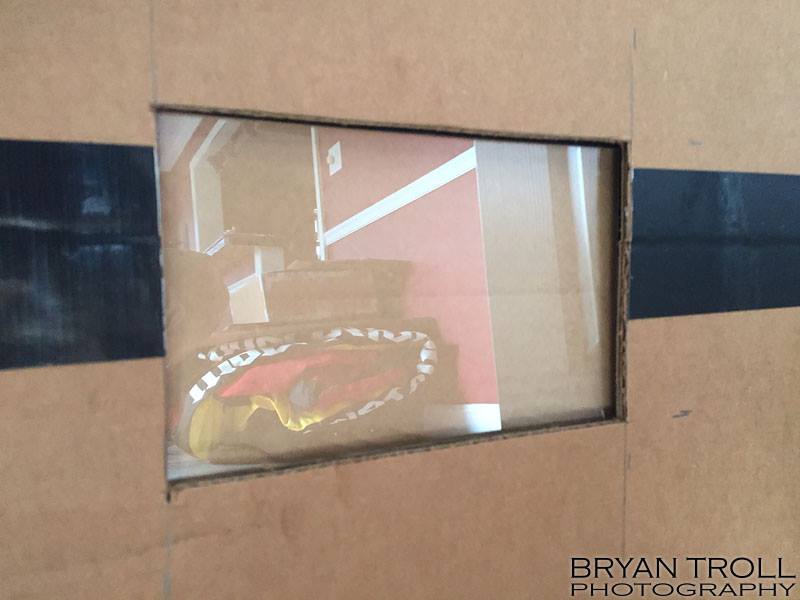 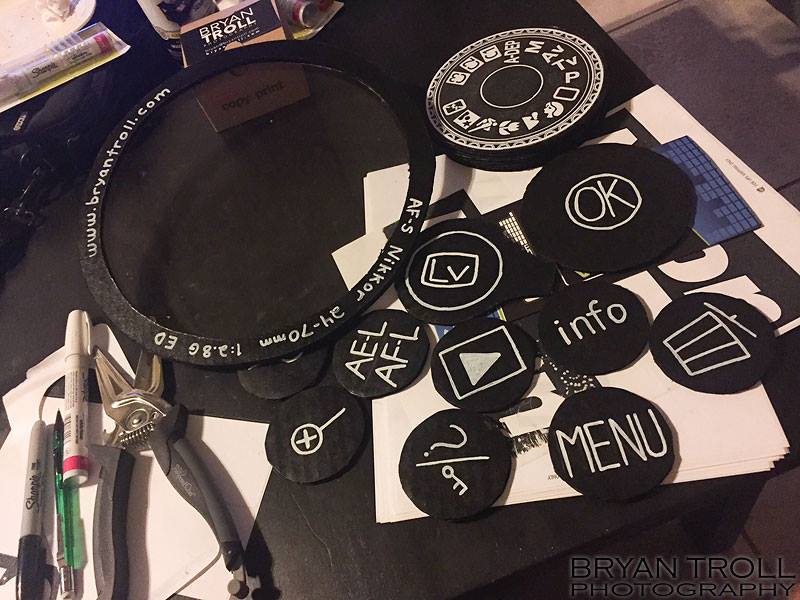 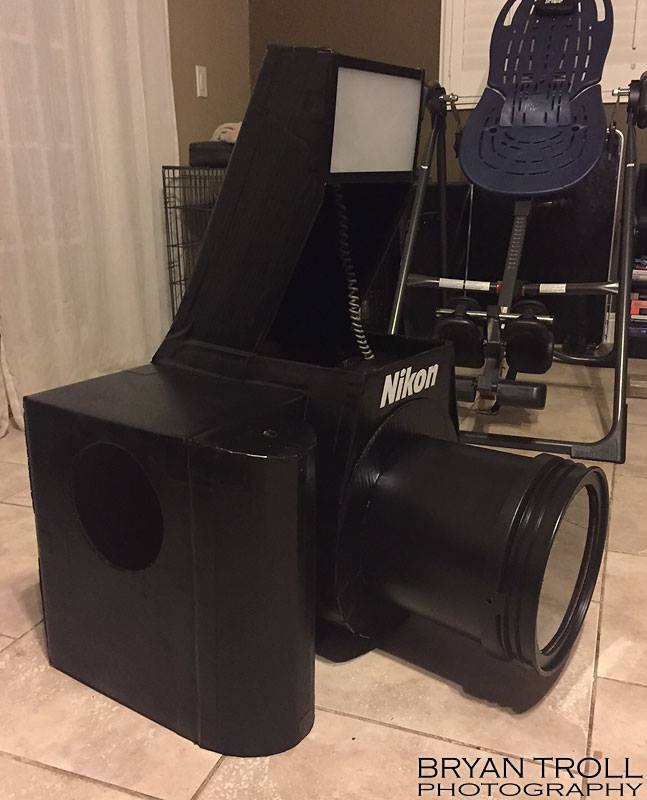 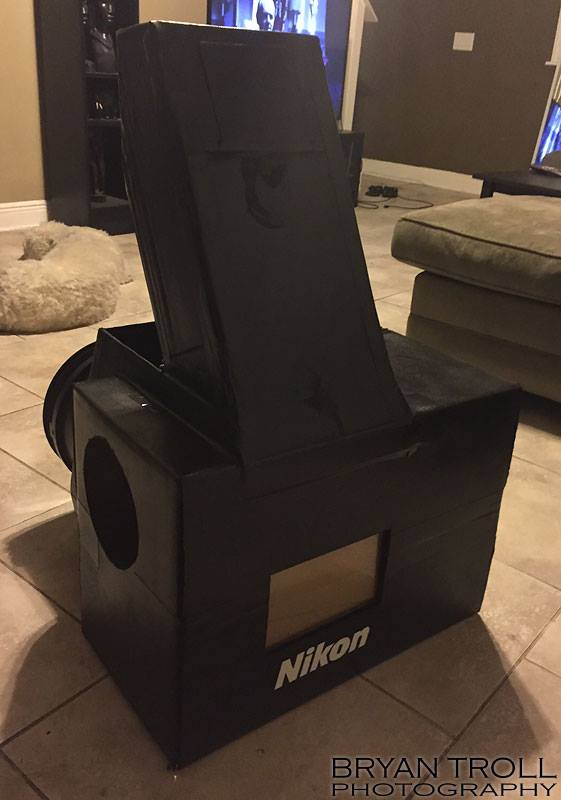 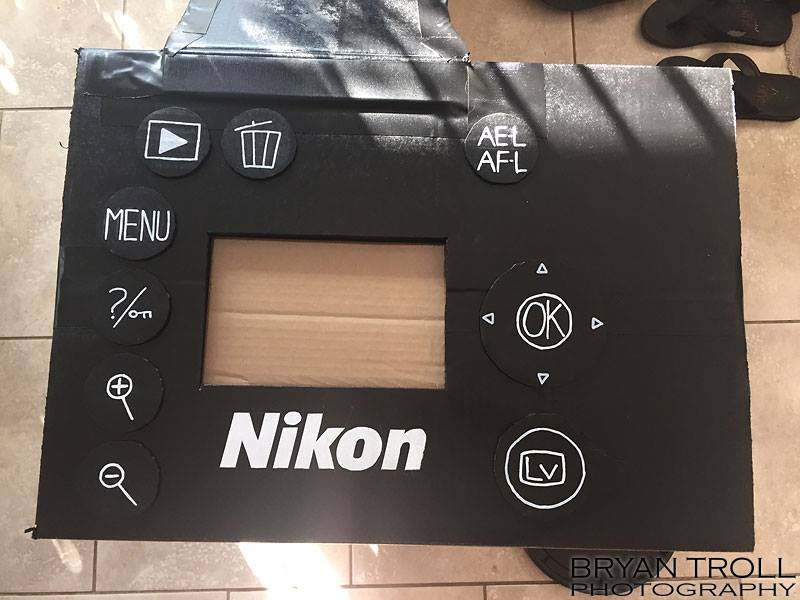 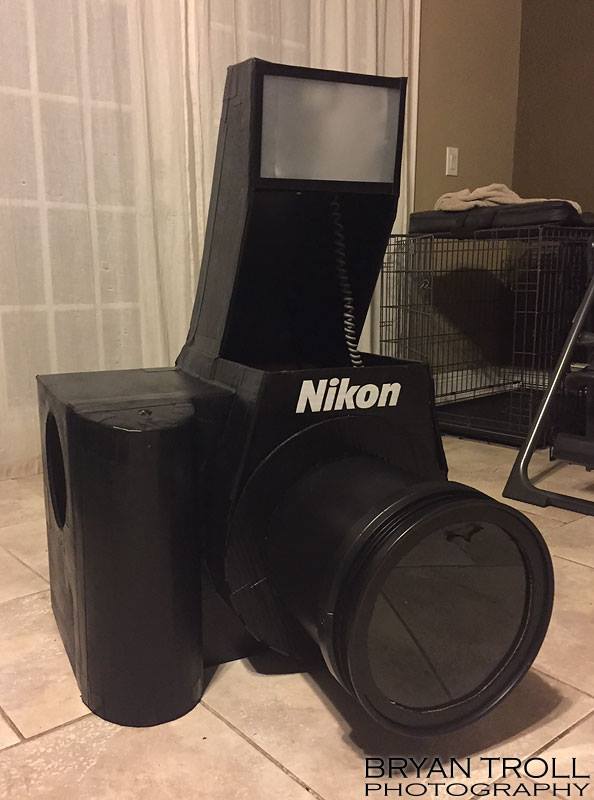 And here are some sample photos taken with the camera: 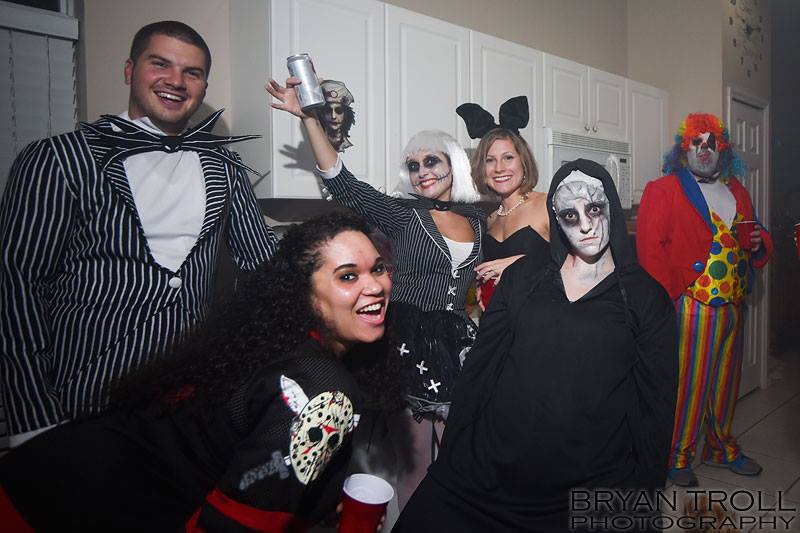 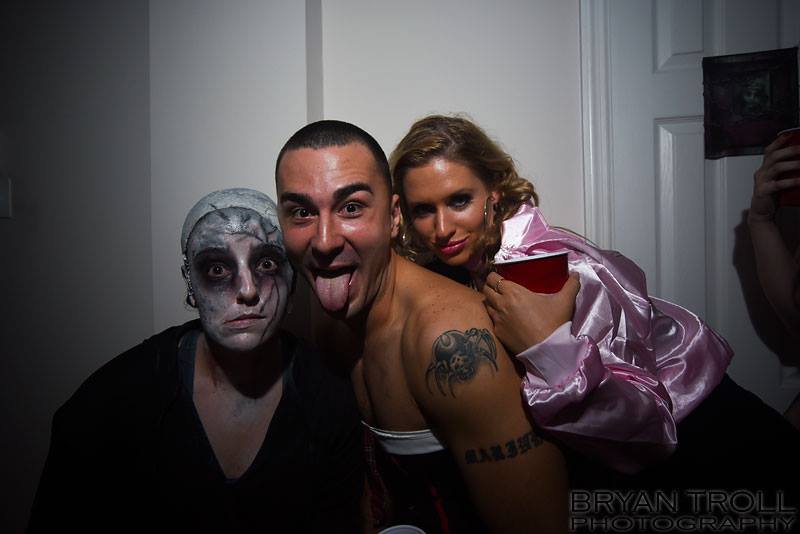