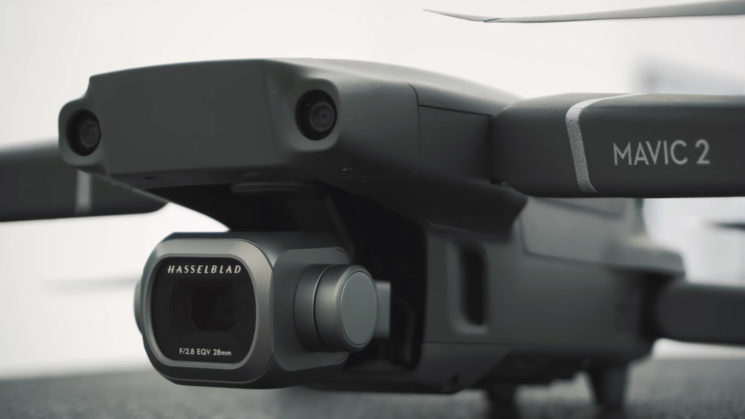 There have been a few reports across Facebook groups, YouTube videos, and various forums across the web on sharpness issues with DJI’s new Mavic 2 Pro. Despite housing a camera branding the Hasselblad name, people aren’t happy. But are things really as bad as they might appear?

Tom’s comparison compares a number of factors with the cameras on both units. Colour accuracy and sharpness being the two big ones. Tom uses a chart which contains RGB values for several colour swatches. With the chart lit well and exposure identical for each drone, he brings the images into Photoshop to see how they match up. 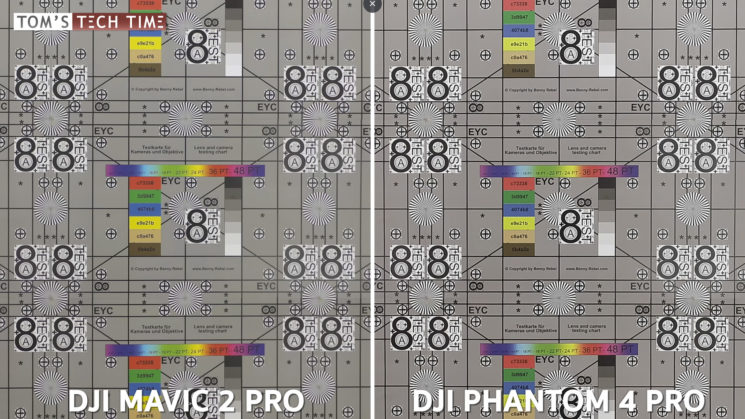 Overall, they seem fairly even. That is, evenly not perfect. The Mavic 2 Pro got 3 of the colours closer to their actual values while the Phantom 4 Pro saw the other 3 colour more accurately (two of them extremely accurately). The Phantom 4 Pro did seem to struggle greatly with the colour yellow, though.

When it comes to sharpness, it seems that not all is as it would initially appear. While the Phantom 4 Pro footage does indeed look sharper when a little sharpening is applied, the halo effect in contrasty areas becomes obvious. This may not be a desired result. 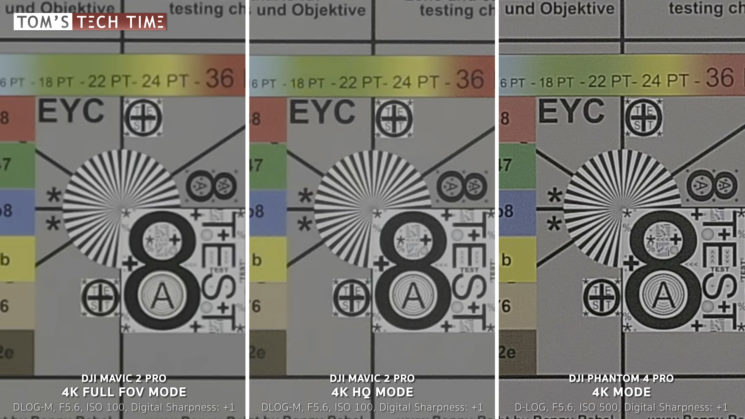 That being said, in the real world you’re not photographing charts. So, how much this halo effect will present for you will largely depend on the scene you’re shooting. The Mavic 2 Pro, on the other hand, certainly does seem to lose a lot of detail, even with the same +1 sharpening setting. The four stars in the square at the top are near indistinguishable splodges in full FOV mode on the Mavic 2 Pro, while they’re easily identifiable on the Phantom 4 Pro.

So, yes, there are definitely sharpness differences between the two. Whether or not it’s enough of a difference depends on you. Personally, I’ve always preferred to do my video sharpening in post on the computer anyway rather than in the camera. But that Mavic 2 Pro camera does look awfully soft.

If you’ve been debating whether to get a Mavic 2 Pro, it’s well worth having a watch to see if it’s worth it for you. If you’ve already got a Phantom 4 Pro, you might want to stick with it if your primary concern is image quality over portability.