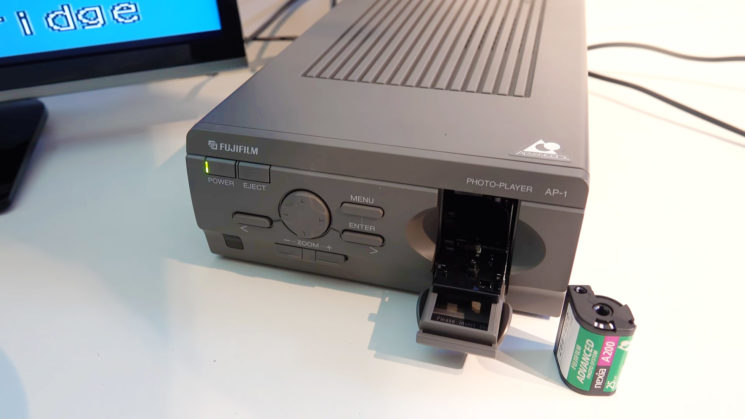 The 90s was a strange time for photography. It began with a lot of new and advanced film camera technology and ended on the cusp of the digital revolution. In between, though, various companies attempted to bridge the gap, dragging film kicking and screaming into the digital age.

One such product was the APS film format. Slightly smaller than 35mm, it held a lot of promise and potential for photography, especially more casual photographers. And you could even put your film rolls into the Fujifilm AP-1 photo player and see a digital slideshow on your TV screen. In this video, YouTuber Techmoan takes a look at this technology and his struggles with it.

The Advanced Photo System (APS) was a strange creature. It had a smaller film plane than 35mm film and offered three aspect ratios.

It wasn’t very widely adopted by more serious photographers, seeing the most growth in the compact market. And this is probably why so many photographers still bang on about the “benefits of full frame” over APS-C format sensors today, despite current technology making the differences largely meaningless.

But it did spawn quite a range of unusual tech, like the Fujifilm AP-1. This was essentially a film scanner that would display the images on your TV. You insert your APS cartridge, and one by one it would scan the images in, bring them up on the screen, and throw some random transition in between each of your photos. 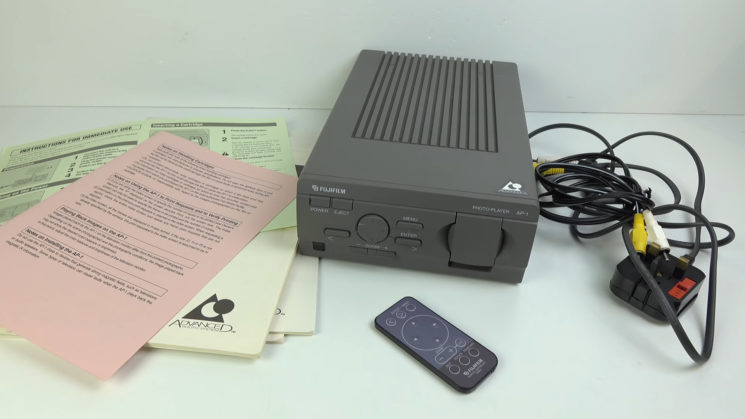 An odd contraption by today’s standards. Now we’d just shoot the photos on our phone (or transfer images to our phone that were shot on “real cameras”) and then cast it to our TV over WiFi. But back then it was cutting edge, even if a little weird.

Kodak also produced an actual APS scanner back then, the Advantix FilmDrive. This actually connected to a computer, so that you could pop in your film, and bring up those images in… Photoshop v3, maybe? 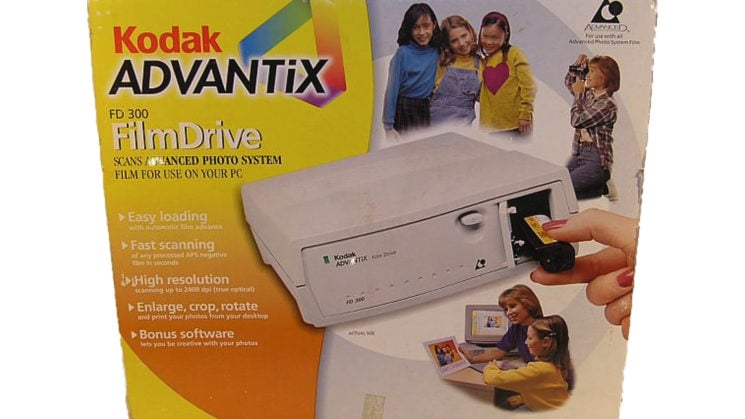 I didn’t get into the whole APS thing, but I did pick up something else that I found pretty cool back then. I wasn’t really into photography at the time, but I was interested in watching Video CDs (the standard definition predecessor to DVD). And I owned a Philips Photo CD player which could also play Video CDs. It may even still be residing in my mother’s attic. I should check.

As wonderful as these things were at the time, I’m glad they were short-lived.

The options that became available to us just a short time later at the turn of the millennium were far more useful, and generally more hassle-free. Although, even that tech looks pretty archaic now by today’s standards.

Did you own an APS camera or device like this?

Can you tell the difference between these film and digital photos?