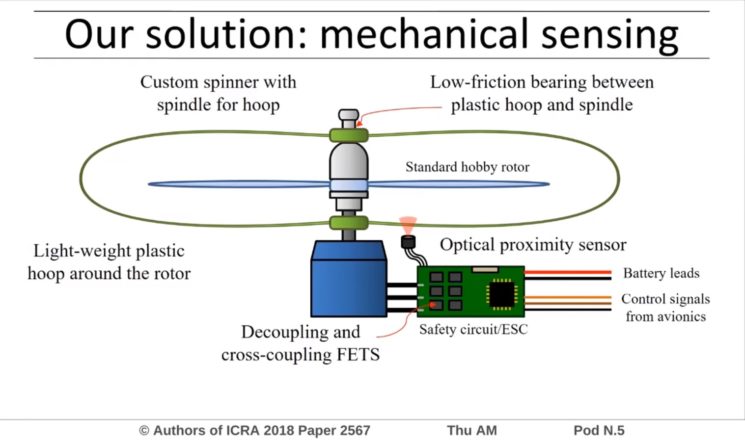 There’s no doubt that the latest drones are safer than their older versions.  Many of them now even include obstacle detection and collision avoidance technologies. However, safety issues regarding propellers remain unsolved. Thankfully, researchers from the University of Queensland has a high-tech but low-cost solution.  They’ve developed a simple sensor system you can use on an existing quadcopter for just $15.

The Safety Rotor uses a plastic hoop that spins slightly slower than the propeller. Once an obstacle hits it, it triggers an optical proximity sensor to stop the motor. Instead of just cutting off the power, the sensor’s circuit reverses the current that goes through the motor, causing it to stop.

By using a hot dog, their demo shows how a propeller could easily injure someone’s finger. Once the researchers attach the Safety Rotor, the propeller stops without damaging the hotdog. The whole set-up looks shaky, but the video shows it can apply the break within 0.06 seconds. According to them, the system is also easy to install. Just add the sensor, hoop, and the software, and you’re ready to fly. Your aircraft will end up weighing 20 grams more with the sensors, but that’s not really much. 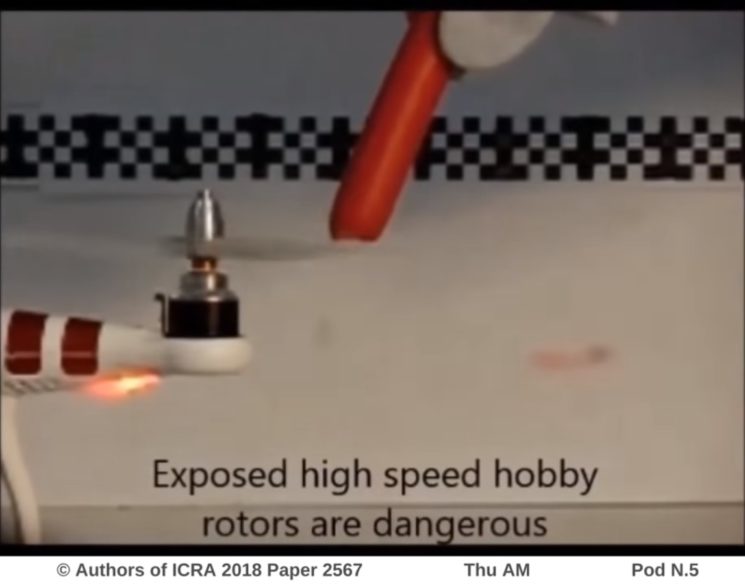 However, some people on the internet are skeptical about the invention. One Youtube commenter even says that “wind might slow down” the hoop and stop the rotor from spinning. I personally think the plastic hoop could even accidentally jam the propeller. Regardless, we shouldn’t ignore the idea altogether. Sure, there’s always room for improvement for this technology. Nonetheless, it’s an important step in making drones even safer in the near future. After all, drone companies need to start thinking beyond basic propeller guards. 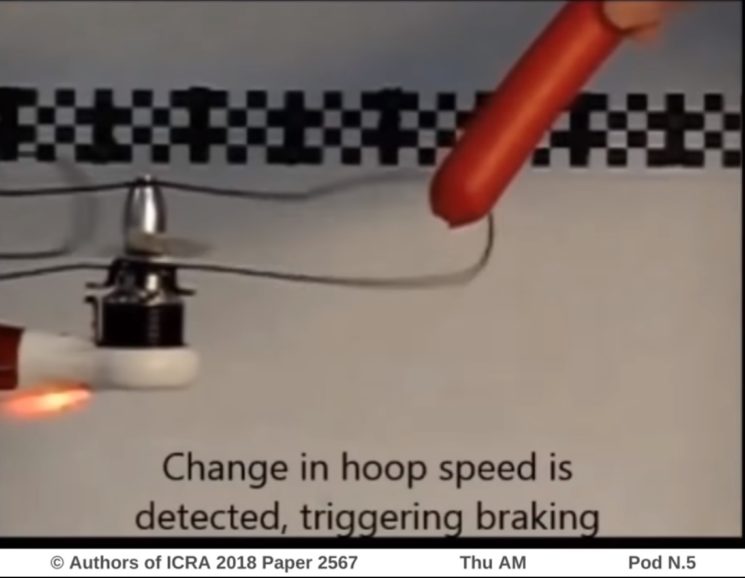 Right now, UAVs need some good P.R., especially since the public is now tired of drone-related accidents. The public doesn’t want to see more news of drones slicing fingers of children. Of course, there are plenty of responsible drone operators out there. However, there are equally as many people who are flying drones for the first time. That’s why drone makers need better safety measures, and these propeller sensors might just be what they need. I also think that the Safety Rotor will make older drones safer. After all, it’s compatible with models like the DJI Phantom.