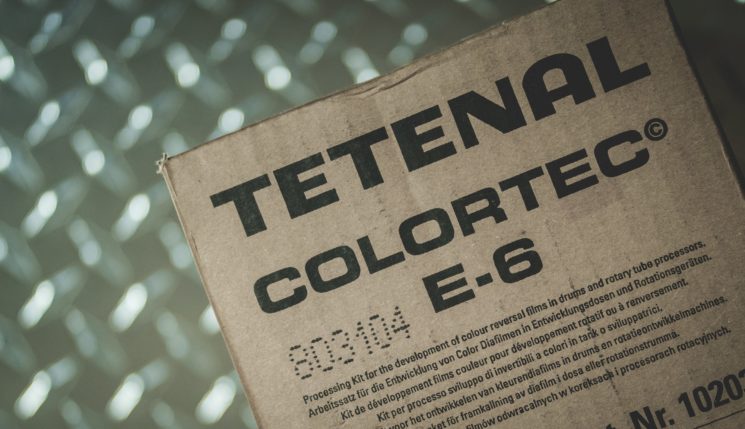 This is big news in Europe, however it has not made a big splash in the US and has flown under our radar. The very day after Photokina, Tetenal announced they’re in financial turmoil.

Due to some bad business practices from their suppliers, Tetenal is in a state of insolvency. We learn the film resurgence is real; however, it is still in a very fragile state. Their collapse could potentially decimate film photography industry.

Our previous guest on the Studio C-41 Podcast, Marwan, from PhotoKlassik International reached out to me asking if I knew anything about the news from Tetenal. Admittedly, I was rather ignorant of the matter and he filled me in.

Marwan has been in direct contact with Tetenal and the information he provided in the interview is direct from Tetenal and not hearsay. Tetenal is in a state of insolvency. What does this mean? It’s not quite a bankruptcy however they are in a state where they do not have the cashflow to pay the bills.

How the heck did this happen? Well, unfortunately suppliers were unable to deliver on their goods in a timely manner and their business customers pulled their orders. Like a bad date, Tetenal was dumped with a dinner tab they couldn’t pay. In the past, when these situations occurred, businesses would get emergency loans to pay back once their inventory sold. However, these are different times. Financial institutions are more reluctant to act in these situations and getting the funds are difficult. It’s very risky with very little guarantee the strategy is successful for both Tetenal and the banks.

What is the result? Similar to a bankruptcy, Tetenal’s management is going through a restructuring process and looking for new ways to generate revenue. Traditionally, Tetenal’s marketing model was B2B (Business to Business), by converting raw materials into chemicals which were sold to large photo businesses. This is changing and Tetenal has an ace up their sleeve. They are looking into expanding their direct to consumer marketing model, thus opening up the opportunity in delivering new ideas and resurrecting some old ideas.

Many forget, Tetenal has been in the photochemical business for 170 years. They have many recipes for developing processes long-forgotten that could fit today’s market. For example, in the days where the press needed to get negatives to the news outlets quickly, they would use a portable ‘press kit’ to quickly develop the film. As the popularity of digital cameras quickly replaced the need for film cameras, these tablets were no longer needed and quickly forgotten.

However, this is just one idea. Tetenal wants to hear from the film community. They’re interested in crowdsourcing ideas for bringing innovation to their business to consumer strategy. They’re asking the community to share their thoughts and we can do that by using the hashtag #savetetenal or contacting Tetenal directly on their social media platforms (Facebook, Instagram, and Twitter).

While the film resurgence is real and many film businesses are showing large gains, it is still a very fragile ecosystem. So few players are still in the film photography business that they really depend on each other. A domino effect could certainly take place if any of them collapsed. If one business as critical as Tetenal were to fail, we could see a global shortage in film processing chemicals and be left with rolls and rolls of latent images potentially facing the same demise of Kodachrome.

Bill Manning is co-host of the Studio C-41 Podcast, covering all aspects of film photography. You can find out more about Studio C-41 on Facebook, Twitter and Instagram. This article was also published here and shared with permission.