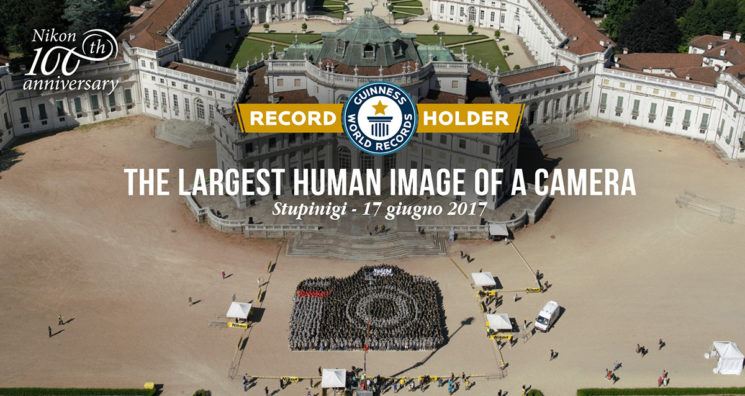 I always think it’s pretty cool when humans come together to form various images and designs on the ground. Especially when they manage to pull it off quite well. The amount of planning and coordination that goes into something like must be pretty immense. You need to come up with an idea, then a design, find enough people to actually do it, sort out the right coloured clothing, and then get them all to stand where they’re supposed to.

As part of their 100th anniversary celebration, Italian Nikon distributor, Nital, in collaboration with Media Italia has made one of their own. And they went huge. Involving over a thousand people. They are now the Guinness World Record holders of the “largest human image of a camera”. Essentially an image of a camera made up of humans.

The day starts out with a good design plan. Without this, nobody would even know where to stand. An image shows the ground with the design laid out before anybody started to take their place. 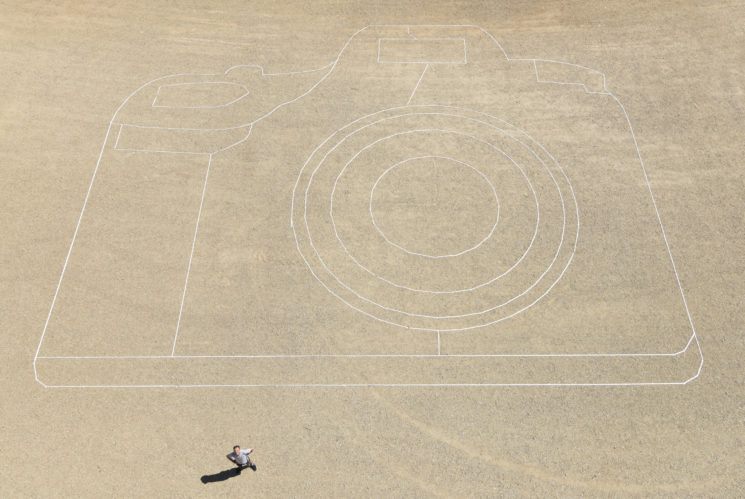 The Guinness World Record dedicated to Nikon’s centenary was established last Sunday: more than 1000 people got together to form the biggest human camera in the world! Everyone who responded to the call to action was invited to participate. All you had to do to take part in this ambitious feat was to enrol on the site. A judge from the Guinness World REcords was there to certify the record, and to proclaim the official result. 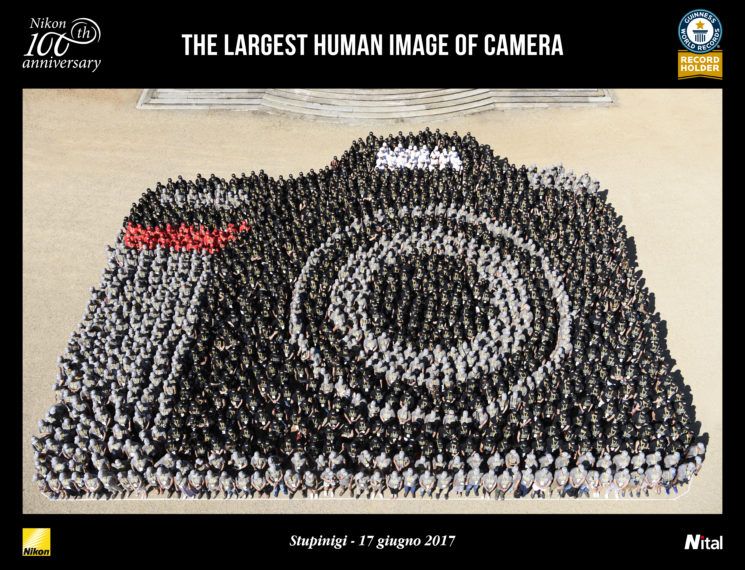 The initiative was conceived and organised by Nital, the official distributor of Nikon and by Media Italia. It is part of the celebrations for the centenary of the legendary Japanese brand: a unique event which will go down in history, just like Nikon who has used its technology for 100 years to always be one step ahead to offer the right tools before anyone else to experience and then relive every moment and every emotion with a quality of image which is special and unique. 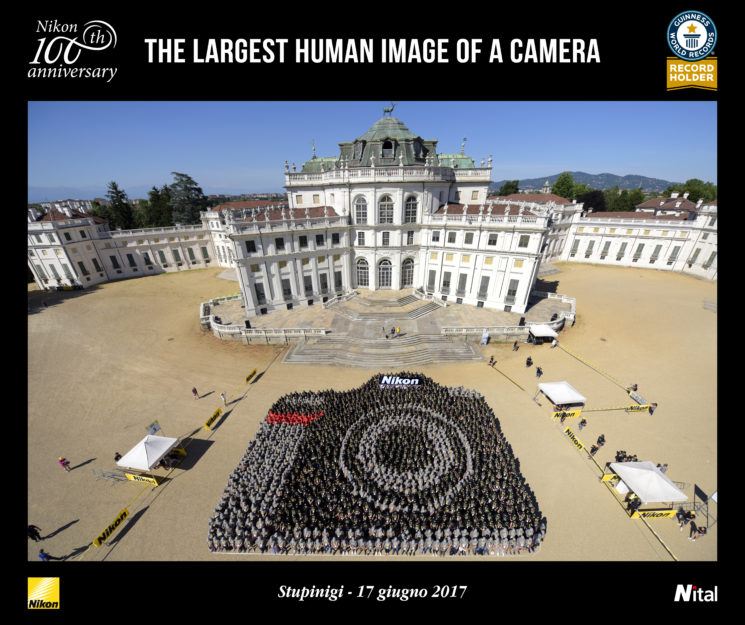 Well, special and unique sounds about right to describe this event. A great way to get one’s birthday in the record books. And even without the logo and branding, there’s no mistaking that red swoosh under the shutter button. 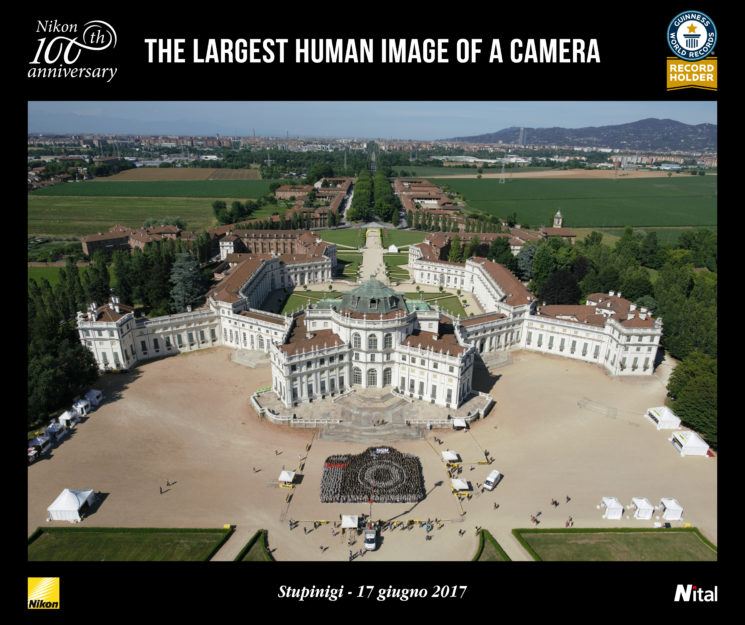 I wonder if they’re planning to add a grip for the next anniversary gathering.