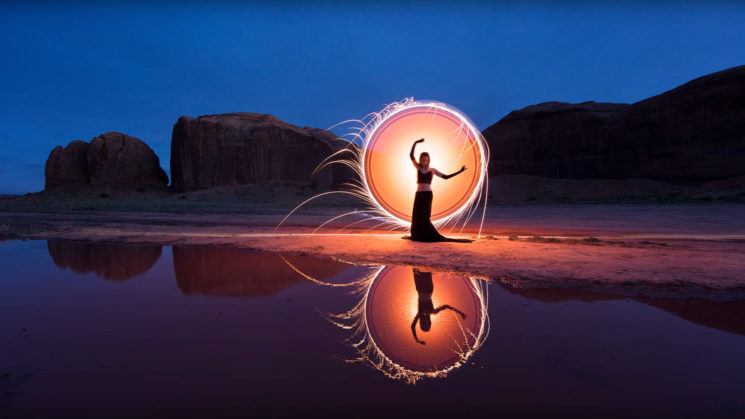 As well as often producing fantastic images, light painting is great fun. While you might have an idea in mind, you never really know what you’re going to get until you see the final shot. For some, that’s the whole point. The excitement of seeing if you can pull off your vision, and the unexpected surprises you encounter.

One difficulty in light painting, though, especially when your light source is in the shot is blowing out the highlights. In this video, light painting master Eric Paré offers a demonstration on how he builds his light painting tubes. Specifically, how he gets them to have such vibrant and striking colours. It all boils down to having the right gels.

The video comes in response to being asked a question about creating colour in-camera. Given Eric’s sense of humour, the video begins with an obvious way to get more colour “in-camera”. By dripping paint into it. 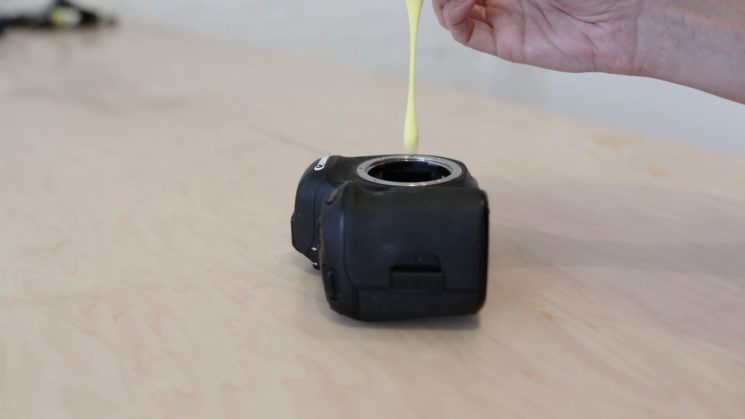 Of course, this isn’t quite what the person asking the question had in mind. So, Eric explains his process for creating his coloured light painting tubes. Which, not surprisingly, begins with a tube. A long transparent plastic tube, to be precise. These are available at hardware stores, or online at varying lengths. 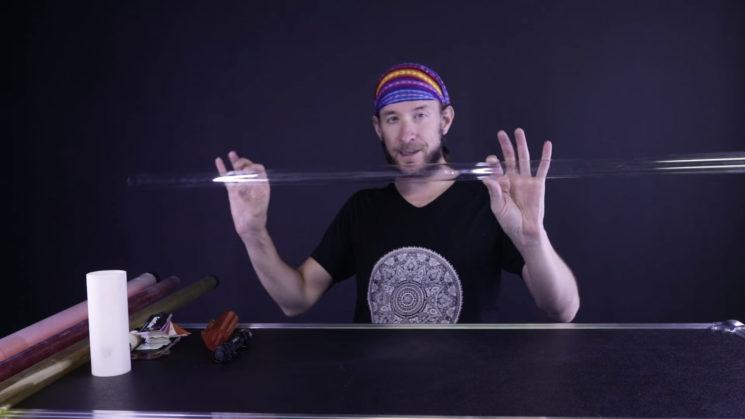 Depending on the look you’re after, you can either use the tubes at whatever length they come. Or you can cut them down to your desired size. Then it’s a case of slotting a gel inside it. This lets you turn the basic tube into any colour you wish. 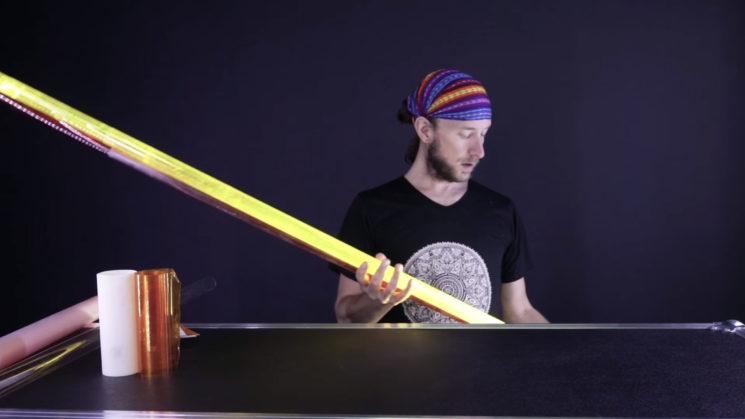 These work well, but this isn’t the final step of the process. To really create a nice smooth tone across the entire tube there’s one extra element that needs to be added. A long thin piece of white paper cut to the same size as your gel. You want something semi-opaque, like baking paper or tracing paper to give a nice smooth spread of light across the tube. The gel and paper are layered together and then rolled into a tube with the gel on the inside. 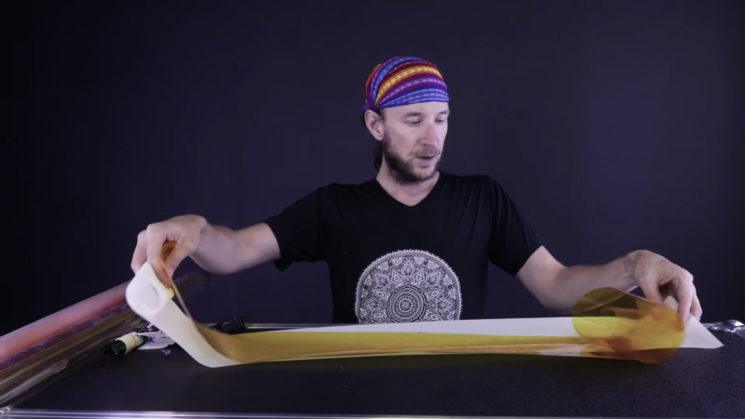 With this slotted inside the plastic tube, and a flashlight in one end, you can really see the difference. The transition and spread from one end of the tube to the other is much smoother than just using the gel alone. Eric shows the tube that was used to create the image at the very top of this post using both gel and paper. 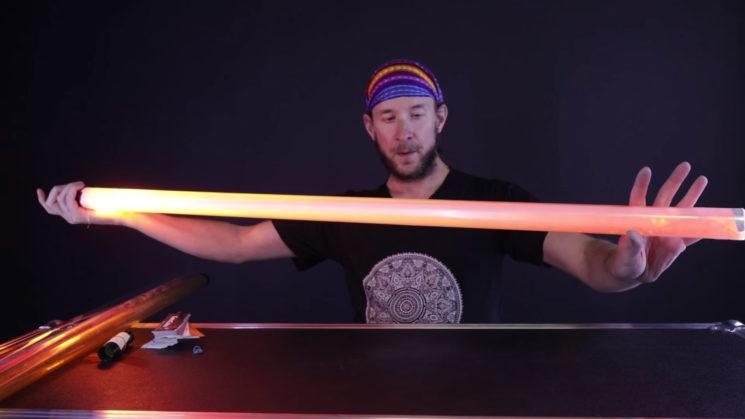 And it was also used to create these images, too. 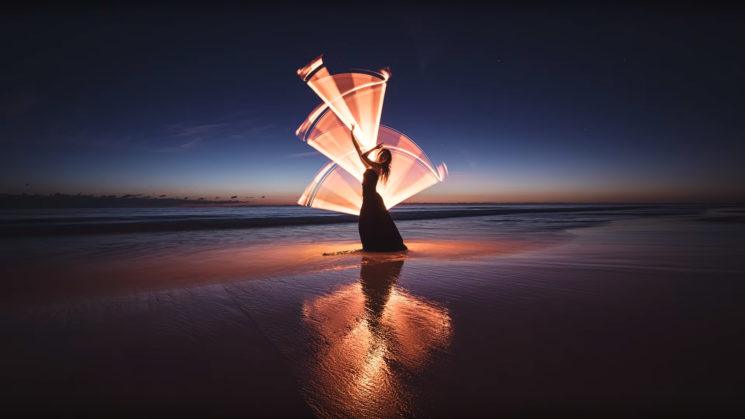 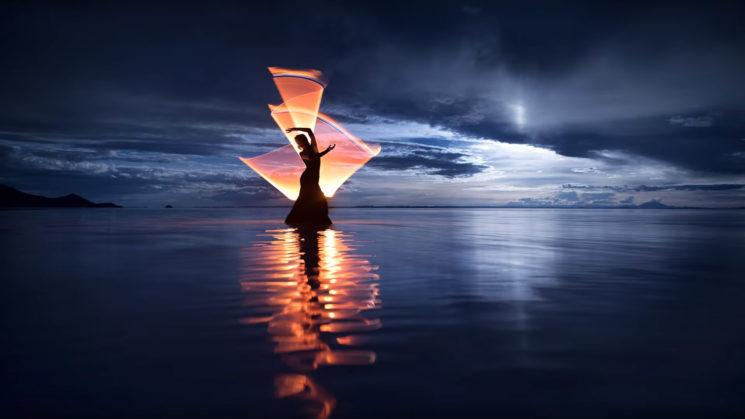 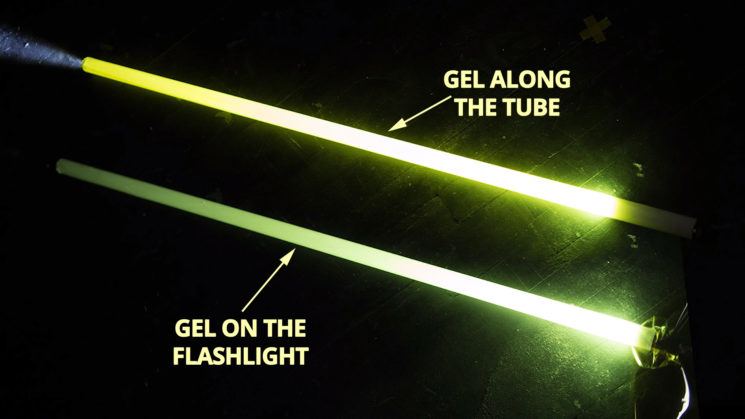 After you’ve made your tubes, though, it’s time to just get out there and practice.