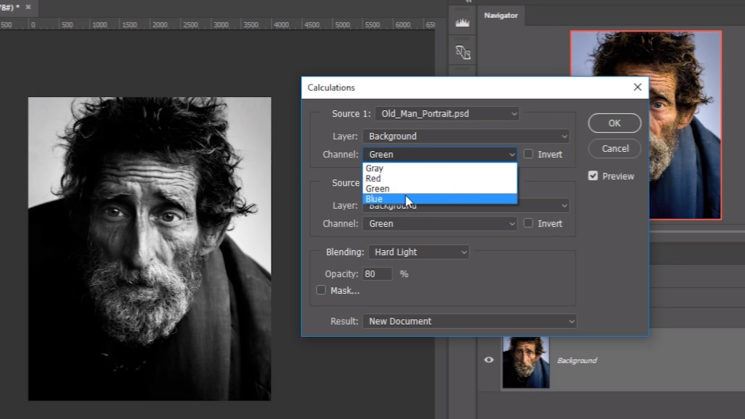 There are so many ways to convert an digital photographs from colour to black and white it’ll make your head spin. Personally, if I know in advance I want black and white, I’ll just shoot it with film. But, sometimes, converting a digital colour image in post is your only option. The most common ways to convert images to black & white are through either Lightroom or Camera Raw or to use the Black & White adjustment layer inside Photoshop.

This tutorial from Unmesh Dinda at PiXimperfect shows another, rather novel, method of producing black and white conversions. It involves using Photoshop’s “Calculations” feature to look at the different colour channels in your image. Different blending modes are then used to produce a wide variety of options.

The first step is to load up your colour image into Photoshop. Then, from the “Image” menu, select “Calculations”. The key to using this method is to ensure that you have the little “Preview” box checked. Otherwise, as you’re changing the settings, you won’t have any clue what your adjustments are doing. 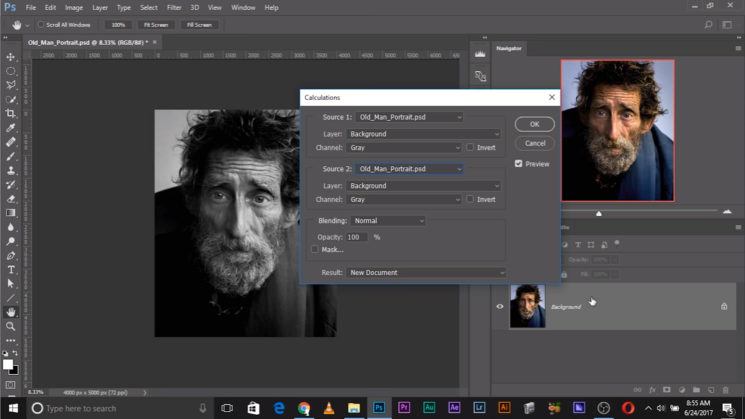 This isn’t the only thing the calculations tab allows you to do. But in this context, you’ll want to ensure that both of your “Source” options are set to the same image file. If they’re from different files, you’re going to get some entirely unexpected results.

When you’re working with a single flat image layer, you’ll want to choose “Background” as the layer for each image, too. If you happen to be performing this task on a file composed of multiple or many layers, there is a “merged” option which will look at the entire (virtually) flattened image. 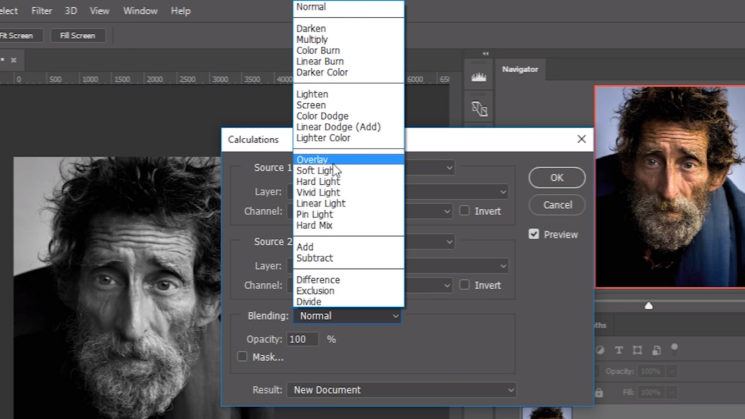 Which you go with is down to personal taste. There is no “best” option, just what works for you and the image you happen to be working with. If you happen to like a lot of contrast, you might find that hard light is required on some images, while soft light is enough for others.

It is a very minor difference, but it’s noticeable. Again, this will boil down to personal preference and the image in question.

This is a pretty interesting way of doing black & white conversion. My only issue is that it’s not quite a non destructive workflow. You can’t easily “back up” to edit previous steps, and have everything automatically update. I tend to use a lot of smart objects in my work. The calculations feature, however, spits out a whole new flat document with the merged result.

So, if you want to go back in time and edit the original image some more, you’ll have to start over from that point. The calculation disappears, as does anything else you do after it. Hopefully one day Adobe will give us “Smart Calculations” that can keep track of it all. Until then, though, as long as you can deal with that one caveat, it’s a great technique to experiment with. 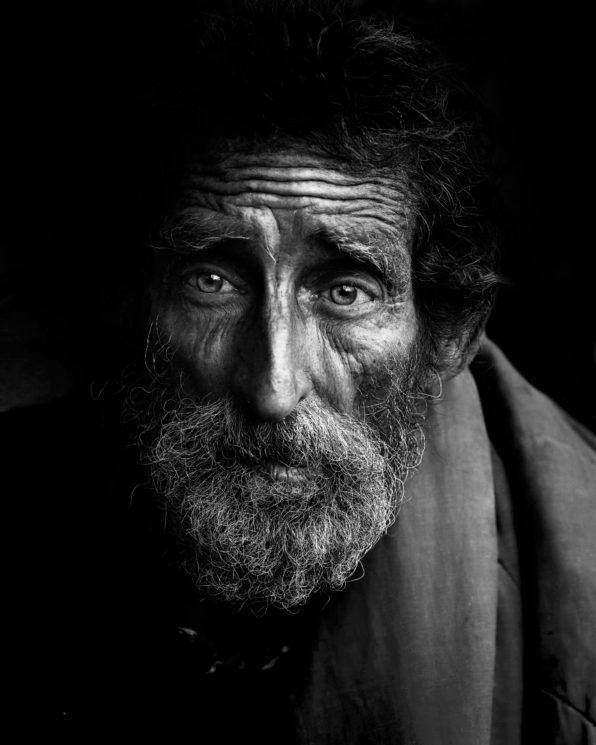 Use A Texture Projector to Cheaply Create Interesting Backgrounds

« How to create striking colours in-camera with DIY light painting tubes
Is RED making a smartphone with 6K camera? »