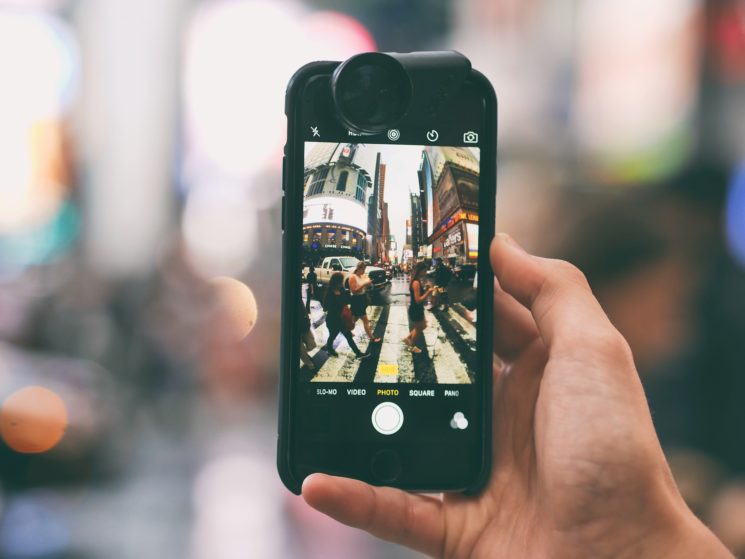 A 40-year-old-man who was following women and photographing them was recently freed from all charges despite the fact that he pointed his camera at their breasts and buttocks. According to appeals court judges, what he did wasn’t illegal because it was done in public places.

In 2016, David Eric Lambert (40) reportedly followed women around a Dollar Tree, a Hobby Lobby and a Walmart, the New York Times reports. Each time he would point his camera towards their private parts, and court documents state that he also pinched one woman’s buttocks.

Lambert was convicted of unlawful photography and attempted sexual battery before. However, the appeals court dropped the latest charges against him last month. Three judges at Tennessee appeals court concluded that “even if the evidence were clear that Mr. Lambert had filmed the women, his actions would not have been illegal because the women were in public places.”

Judge James F. Goodwin, Jr. wrote in a decision that “exposure to the capture of our images by cameras has become, perhaps unfortunately, a reality of daily life in our digital age:

“When nearly every person goes about her day with a handheld device capable of taking hundreds of photographs and videos and every public place is equipped with a wide variety of surveillance equipment, it is simply not reasonable to expect that our fully-clothed images will remain totally private.”

Shelly Grizzel (36) testified against Lambert, saying that he pointed his camera at her bottom and then grabbed her at the Dollar Store. She called the appeals court decisions “devastating:”

“You expect justice. Somebody videoing me for security purposes is one thing, but someone with a camera pointed at your rear end and following you around, I think that’s very wrong. It was a serious violation of our personal space.”

I can’t help but add my own comment and say that I agree with Grizzel. It’s one thing if I am filmed by a security camera, but it’s totally different if a stranger follows me around, films me from behind and, for goodness’ sake, grabs me! She added that he obviously doesn’t feel as if he’d done anything wrong. Judging from his statement, it seems to be the case indeed.

“This all started about four or five years ago when my father died of cancer. I began videoing in public,” Lambert said in a statement.

“I recently have been going to shopping centers in Kingsport and have filmed women in Hobby Lobby, Walmart, and Ross and the shopping center on East Stone Drive. I did not mean to scare anyone and only filmed the females for my own purposes. I just like using the video function on my phone. It’s kind of like an obsession with the technological aspect of a phone.”

Lambert said that he has never posted any of the on the internet or shared them with anyone. “I actually did not think I was doing anything wrong because everything was done in a public place,” he added. “However I realize this was not a good decision on my part. If it was not illegal, it was definitely crossing the moral boundaries.”

As a woman, I find it difficult to write about this without a lump in my throat and without feeling bitter. And I must admit: it’s difficult to be objective. Not to mention that this isn’t the first time that behavior like this doesn’t get the punishment it deserves. For example, a similar case happened in Massachusetts a few years ago. Then, the so-called “upskirting” was initially not proclaimed illegal in the UK despite the efforts to make it punishable. However, this decision was later reversed. In Kyoto, upskirting is also banned by law and it can send you to jail.

I personally find Lambert’s behavior a serious violation of privacy: just because we’re in public, that doesn’t mean we don’t still have personal space. If someone follows you around, films your private bits and touches you without consent – that is considered sexual abuse. And I believe that people who do it should be punished. But as I said, I find it hard not to be objective: I am a woman, and I’ve gone through similar sh*t without the abuser ever suffering consequences. So, I’d like to hear your thoughts on this.