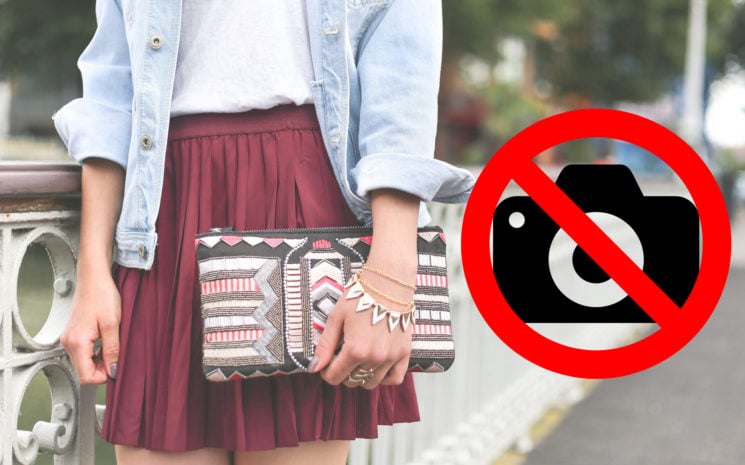 After initially being blocked by a single lawmaker, the bill that punishes upskirting has now become law. Starting in April 2019, people who take photos under someone’s clothing without their consent could end up in jail for up to two years.

It took 18 months to make upskirting a criminal offense. It started when Gina Martin was targeted at a festival in 2017, when a man put his phone between her legs and took a photo. She reported it to police but discovered that what he had done wasn’t illegal. Her case had gone viral and she started a campaign to make upskirting illegal.

Prime Minister Theresa May’s government gave its backing to the proposed bill. However, Sir Christopher Chope of Conservative party blocked the bill without giving a reason for it, which caused the bill to be debated again at a later date. Thankfully, this time it was successful, and the bill has finally been made a law in England and Wales.

The Voyeurism Act punishes anyone who takes photos under a person’s clothing “for the sake of sexual gratification” or “to cause humiliation, distress or alarm.” Under this law, those who take upskirt photos can face up to two years in prison. According to Engadget, the “most egregious” ones will also find themselves on the sex offenders register. However, it’s not clear what exactly they need to do aside from upskirting to be registered as sexual offenders. I do hope they won’t push their luck, though.