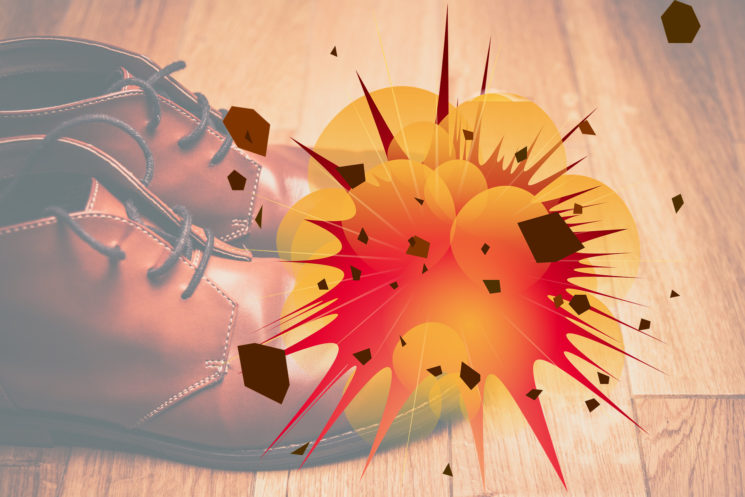 Upskirting is a topic we’ve discussed here before, and the law that bans it was recently blocked in the UK. And recently, a quite bizarre accident occurred because of upskirting. A man from Madison wanted to take some videos up women’s skirts with a shoe camera. However, his plans went up in smoke because the camera exploded, leaving him with minor burns.

Wisconsin State Journal reports that the 32-year-old man wanted to turn himself in to Madison police on Tuesday. He reportedly showed up at the West District station, but he wasn’t arrested because he hadn’t taken any videos before the battery exploded.

The incident reportedly happened while he was trying out the camera at home, as Officer David Dexheimer tells Wisconsin State Journal. The man got treatment for the burns, and then he allegedly told a clergyman what had happened. As the same source writes, the clergyman advised him to go to the police, but the man was “counseled on his actions and released.”

Wisconsin State Journal writes that a 2015 Wisconsin law “prohibits anyone from knowingly installing devices to photograph or record under a person’s clothing without that person’s consent.” Those who break the ruling might end up with three and a half years of jail and extended supervision, and pay a fine of $10,000.

Personally, I think that installing a spy camera on one’s shoe just to take upskirt videos is utterly wrong. Thinking of it sends chills down my spine. But from a legal point of view, the “exploding shoe” guy hadn’t taken any photos or videos before the battery exploded, so I guess that the police didn’t have any grounds for penalizing him. But at least he was punished by those minor burns. If you ask me, he earned it.

How we made this exploded view of a floating Sigma 105mm f/1.4 Art lens