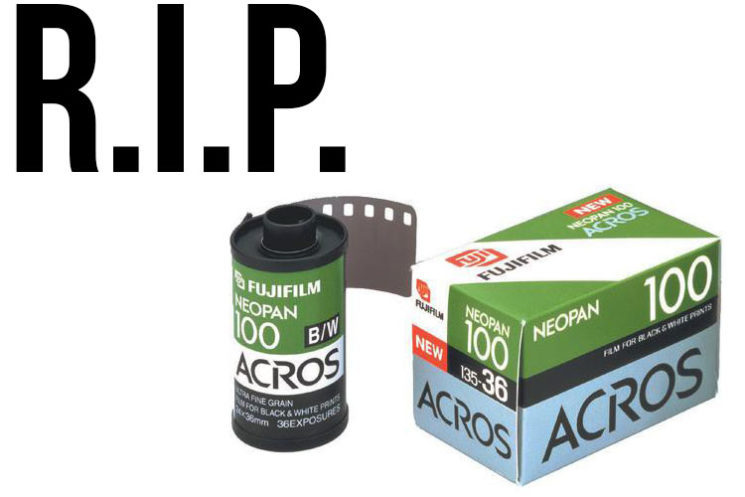 We’ve seen quite a bit of film being discontinued in the last years. Some Velvia and Provia, Agfa Vista, and many others. We reported that some Fuji Acros was going to go away back on October 07, and completely forgot about it.

But it seems that the time has come, and the Casual Photophile reports that communication was sent to Japanese dealers telling them that Fuji will stop production on the 35mm and 120 Acros films. (Get some here, here and here while stock lasts).

This information is pulled from translations of Japanese dealer-distributed documents. As of this writing, consumers and US-based distributors haven’t seen any direct announcement from Fuji and my requests for confirmation from Fuji have not yet been answered. That said, this is technically a rumor, but these sources should be reliable and this follows a historically consistent pattern

Some confirmation came from an Instagram story by Shoichi Aoyama who operate a dark room in Japan: 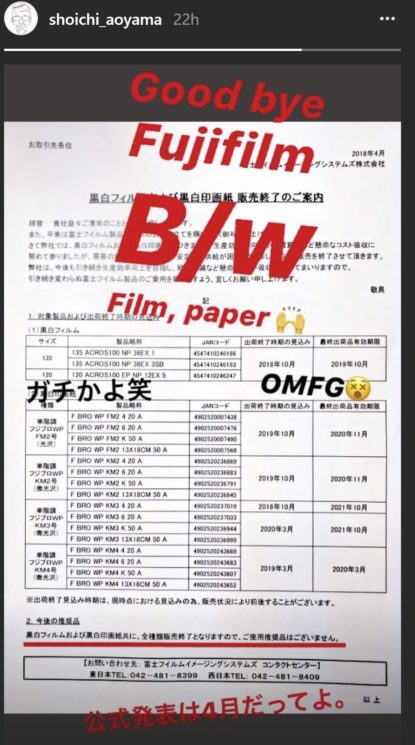