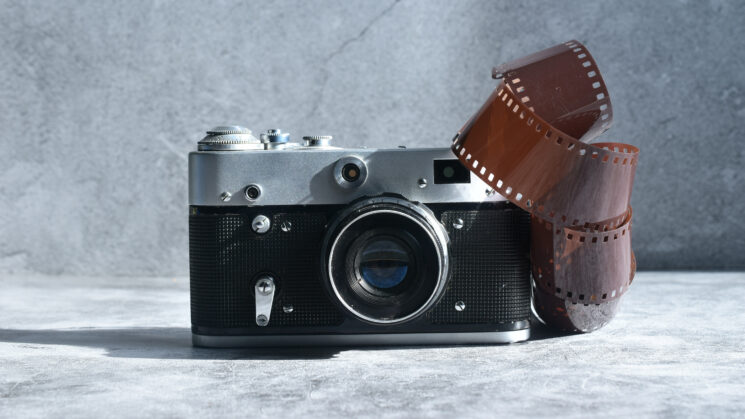 After the digital boom that changed the world of photography forever, it looks like film is making a comeback. Over the last few years, we’ve seen the birth of new films and the rebirth of old ones, as well as announcements of new film cameras.

NBC Nightly News recently covered the rising interest in film photography, and they did it in the only way that does his story justice – they shot it entirely on film. It doesn’t only add to the story itself, but it brings back the feel and the magic of film that many of us remember from childhood or youth.

NBC ran the story on Monday 17 October and it sparked joy in all film photography enthusiasts, myself included. “Here on NBC it’s been more than 44 years since we measured footage in actual feet,” says Gadi Schwartz, who covered the story.

After fading in popularity, film photography is seeing a major comeback fueled by younger generations and social media. @GadiNBC takes us inside the developing craze with a story shot entirely on film. pic.twitter.com/gO2GOdb0Cw

If you’ve been wondering about the gear, the video segment was shot on a 1970s Beaulieu 4008 camera and a Rhonda CAM Super 8 camera. It also included still images shot on a Minolta SR-T 101, a Canon AE-1 and a Mamiya RB67. But there’s something modern to the video as well, as Schwartz tweets: audio was captured digitally.

It’s been a really long time since anyone shot their videos on film. I mean, some filmmakers make it a deliberate artistic choice, but digital cameras have largely replaced them. But if you run a story about film, is there a better way to shoot it than film? I don’t think so! :)

Stock up on Fuji Acros 100 film, reports indicates they will discontinue