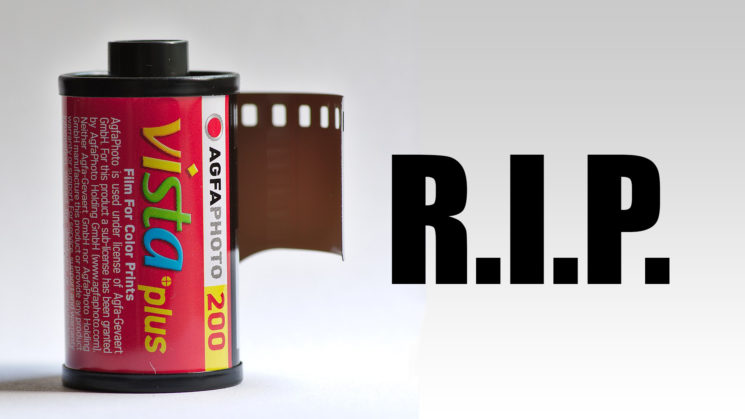 Film photography has been (re)gaining popularity over the past couple of years. However, the renowned film photography hype just isn’t enough to keep some film types alive. According to the latest report from Japan Camera Hunter, the latest 35mm film to be discontinued is popular and super-cheap Agfa Vista.

Shouldn’t come as overwhelmingly shocking as it’s a poorly-kept secret that Vista was actually produced by our favorite Japanese film manufacturer but it still stinks to high heaven. It’s a beloved and wonderful inexpensive color film that earned a huge following and the PTSD from the untimely demise of Kodachrome and Neopan relapses not insignificantly.

According to Hunt, the stock of Agfa Vista in Tokyo has decreased “to Sumatran Rhinoceros numbers.” In his local cameras tore he was able to find three rolls of Vista 200 and none of the Vista 400. I hear from the UK friends that the film is rarely seen there as well. Hunt writes that some stores still have Agfa Vista in stock until it gets sold out. He recommends that you check out camerafilmphoto.com and order a roll or two or five until they still have them.

As film photography is growing in popularity again, some companies are resurrecting old films or launching new ones. Still, it seems that it just doesn’t work out for other film manufacturers. Agfa Vista was popular for its price-quality ratio and favorite among “students and frugal photographers,” as Hunt writes on his blog. I remember Agfa Vista from the time when I was a kid because my dad used it. But I must admit I haven’t seen it in ages here in Serbia. Anyhow, it seems that none of us won’t see it anymore in near future, so add a few rolls to your stock while you still can.

Agfa Vista film may be gone, but here are two cheap alternatives from Kodak