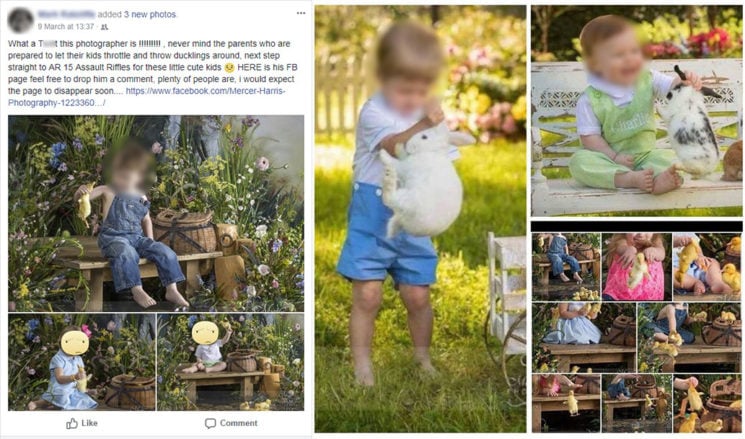 They say to never work with children or animals. Personally, though, I rather enjoy working with animals in the studio, and I know many photographers who adore working with children. Mixing the two, though, is often fraught with risk, especially for children who aren’t used to being around animals. This is what photographer Mercer Harris is discovering after announcing his Easter sessions to Facebook this week.

The photographer has now gone on to receive death threats both online and over the phone. The photographs of what appear to be clear examples of animal abuse at the hands of these children and captured by Harris has naturally upset a lot of people. 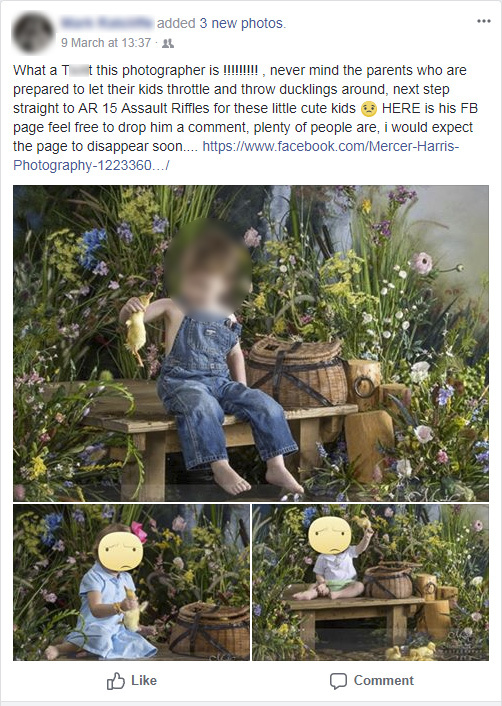 I first discovered the images when I saw the above posted to Facebook by a friend. It shows ducklings being grabbed, strangled, and seemingly shaken and tossed by their limbs.  Some of the images had apparently been on Facebook for a while, but it wasn’t until he posted this year’s Easter sessions, that people started to take notice. And for all the wrong reasons. 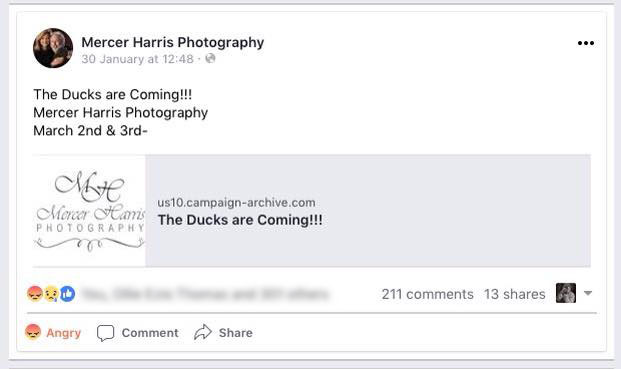 Harris told PetaPixel that since these images started to go viral, people have started to call his local agricultural authorities, city hall and the sheriff’s office to complain. They have determined that he’s done nothing wrong. Harris says that people are “selectively picking out and cropping a small number of photos selected from his entire body of work”. He also says that misinformation is being spread about what’s seen in the shots.

He went on to say that “We’ve never had an animal harmed or die” in over 30 years of photography. He says that the goal is to share the love between animals and children, and that adult supervision is always just out of frame. The type of supervision that might be required to step in when, say, a rabbit is grabbed by the ears or ducklings are being choked. 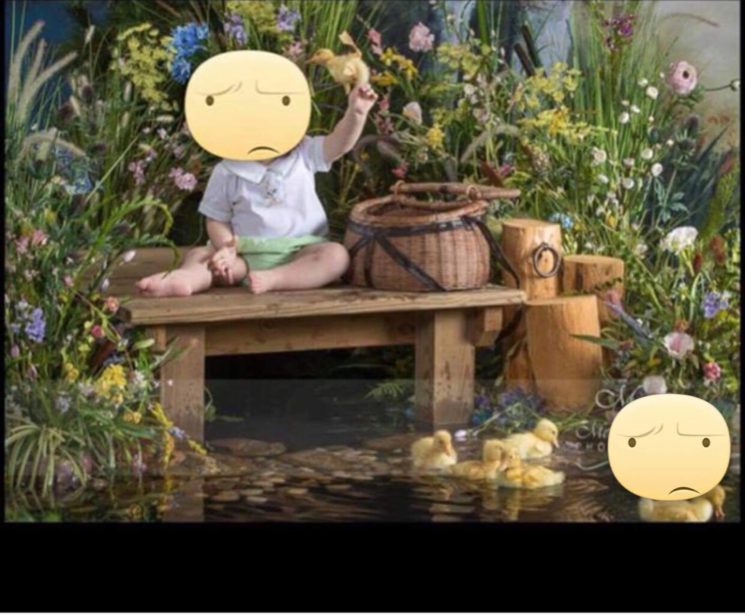 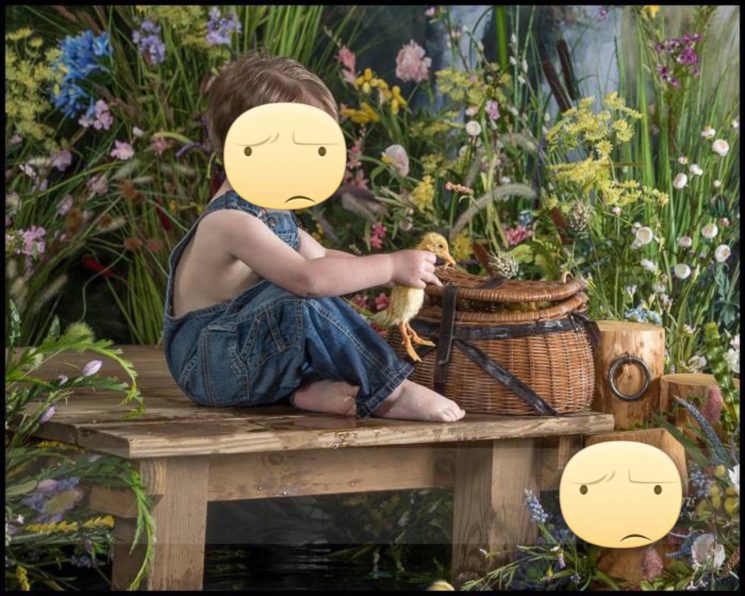 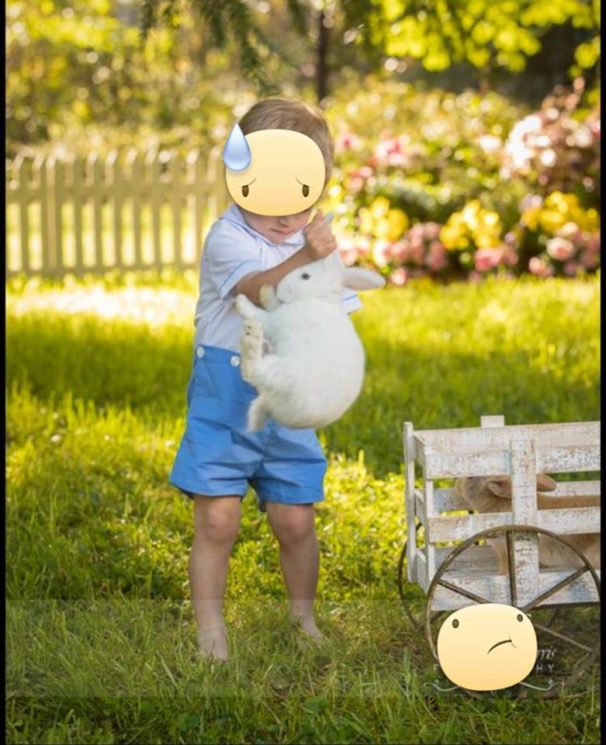 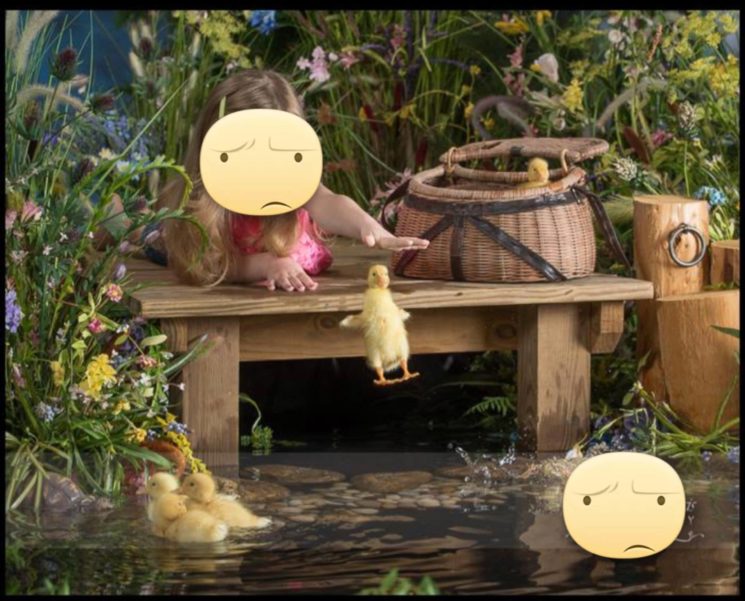 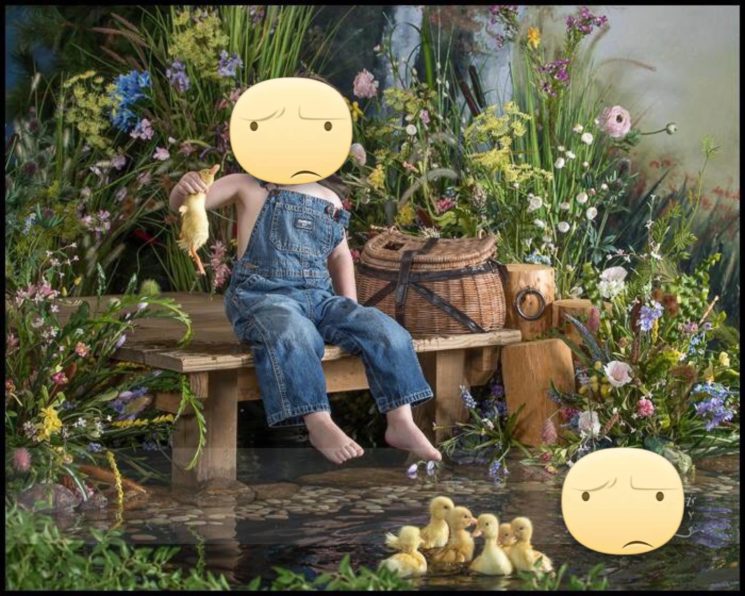 Where was this supervision in the above images? Why did Harris continue to shoot? he claims the images are being “selectively chosen”, and well, yeah, because these are the ones that seemingly show animal abuse. And if there isn’t a problem, why would he delete them and pretend like they never existed on his Facebook page? Why would he not simply explain the truth if they’re being taken out of context?

Of course, one can’t really blame the children. Many of them are very young and simply don’t know any better. They don’t understand. But why aren’t the parents teaching their children respect for these creatures? How did they not immediately step in at the first hint they were going to do something questionable? Why is Harris continuing to shoot and not immediately reprimand the children or parents or end the shoot? And why the hell would he post them to Facebook knowing how they look?

Harris has since deleted all portraits with live animals and most of the content from his Facebook page. The images received a lot of negative attention before they were removed.

Now, the older images that continue to remain on Harris’ page have started to see some new comments, too. 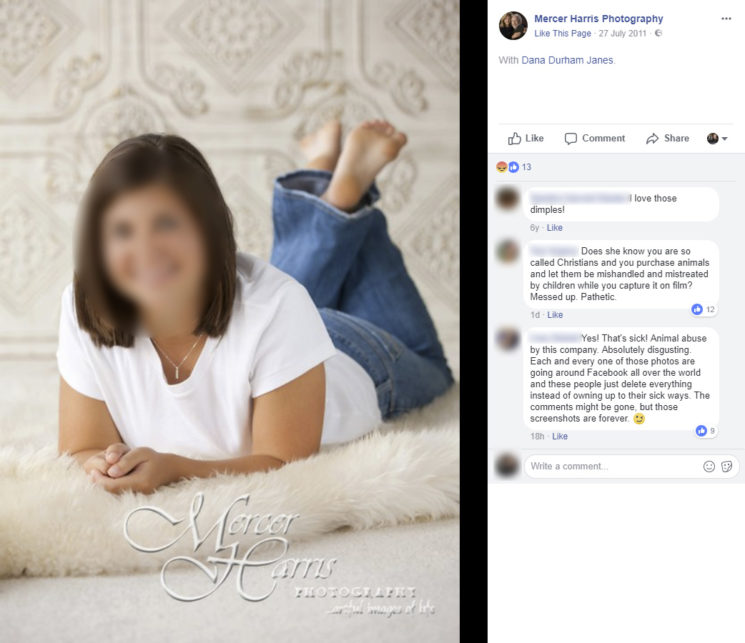 Harris says that the ducklings are purchased for the 2 days during which the sessions run. That these ducks would otherwise be sold to commercial growers who slaughter them as food. After the shoot, he says that the ducklings and bunnies are donated to private homes. The ducks are raised to live out their lives in private ponds and the rabbits are given to interested customers.

Personally, if I was doing these shoots and saw the parents letting their children do these things to those rabbits, they’re the last people I’d want giving them a permanent home.

While I agree that death threats toward Harris, his staff and his clients (whom he tagged in the images he posted to his page) are definitely a bit over the top, how did he think these images would be perceived? How could he not expect some kind of backlash?