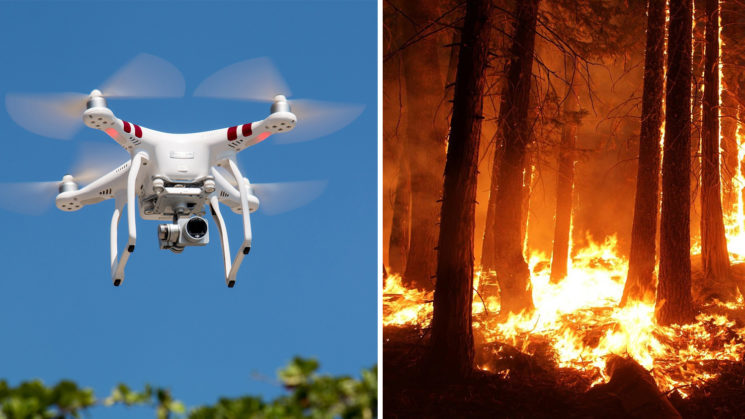 We’ve heard of drones that made it difficult for firefighters to put out fires. But on Tuesday, 6 March, a drone was responsible for causing a wildfire. Just outside of Flagstaff, Arizona, a drone burst in flames upon landing, causing 335 acres of forest to burn.

The U.S. Forest Service published on their Facebook page that it took 30 firefighters to put out the flame. They warned everyone to drive carefully and confirmed that the cause of the fire was a drone that caught fire after landing.

As Resource Magazine reports, the wildfire resulting from a drone burst into flames burned 335 acres. There is no information on the model of the drone or he name of the pilot.

It’s not so common for a drone to burst into flames, and this was probably the worst place for such an event to happen. The firefighters managed to put out the flame within one day, but the damage has been done. As Ars Technica writes, penalties for starting a wildfire range from fines to community service to jail time. So in case that the drone owner is found, he might be prosecuted.

If you want to fly a drone in the National Forest, keep in mind that it’s legal “as long as the pilot doesn’t take off or land in a wilderness area,” Ars Technica writes. However, remember that it’s illegal to fly a drone if there is a wildfire. It might get you arrested.