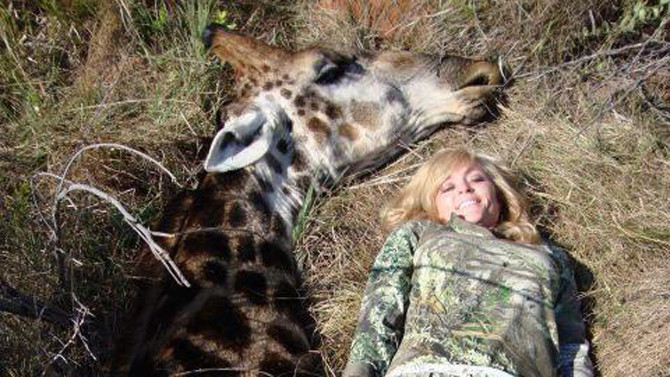 ‘Trophy hunters’ get a kick out of killing the largest and rarest animals they can find, and no trophy kill is complete until the hunter gets the traditional photo next to the dead animal.

Unsurprisingly this behavior, and proudly sharing the photo of the event, leads to ongoing protesting, name calling and furious responses by those opposed to this kind of “sport”.

Every once in a while a specific photo goes viral and sparks a heated debate between hunting fans and wildlife/animal welfare advocates. This time it was a photo of the former winner of the “Extreme Huntress” show, Rebecca Francis, after comedian Ricky Gervais tweeted a photo of the huntress with the African gentle giant.

One of the reasons the photo went viral was Francis’ unusual pose with the kill – she lay on the ground smiling alongside the giraffe.

The photo has since been retweeted over 23,000 times and made headlines worldwide, but the huntress claims she killed him in order to “honor his life”.

Being a relatively well-known huntress, Rebecca Francis is probably used to receiving the occasional death threat by now, but their frequency has grown significantly in the two days since the five-year-old photo has been shared by the comedian. 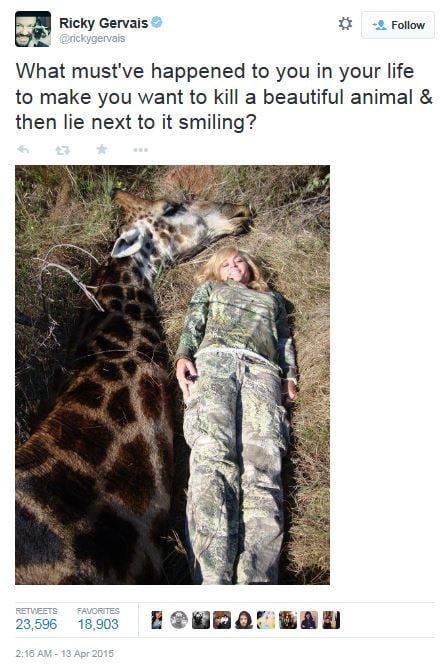 The hunter, who also co-hosted a hunting show, regularly shares photos of her ‘trophies’ on her website and Facebook page. The long list of animals includes Africa’s ‘big five’ – lion, elephant, rhino, leopard and buffalo, as well as many North American species such as brown and bear, moose, elk and dall sheep. 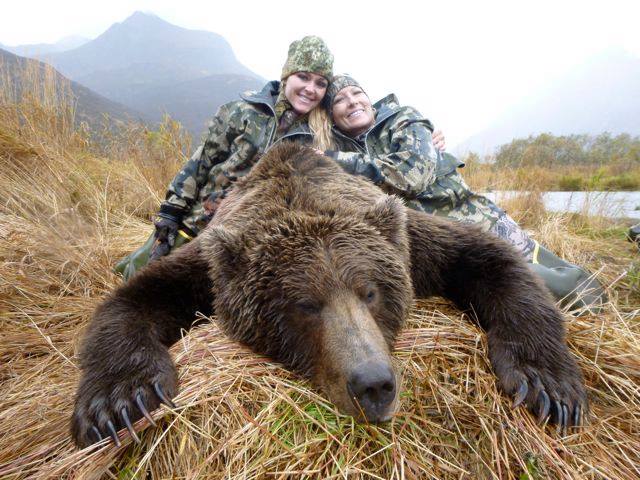 Gervais shared the above photo with the following message:

“What must’ve happened to you in your life to make you want to kill a beautiful animal & then lie next to it smiling?”

Although Francis was not named, I’m not even sure Gervais knew who she was, it did not take too long before that information was discovered and shared.

The majority of the responses attacked Francis with comments such as “Name and shame then shoot her in the head ! I’d like to kick her to Death personally!”, “what a hideous excuse for a human being” and “would be good to see it get up and tramp all over her!!” being just a few of them.

Not that Francis has ever been ashamed of her hunting; obviously feeling the heat, she felt the need to explain the story behind the photo. A pro-hunting Facebook page posted the following:

“We just connected with Rebecca Francis and got a statement on her Giraffe hunt that anti-hunters are attacking her for. Rebecca said, “When I was in Africa five years ago I was of the mindset that I would never shoot a giraffe. I was approached toward the end of my hunt with a unique circumstance. They showed me this beautiful old bull giraffe that was wandering all alone. He had been kicked out of the herd by a younger and stronger bull. He was past his breeding years and very close to death. They asked me if I would preserve this giraffe by providing all the locals with food and other means of survival. He was inevitably going to die soon and he could either be wasted or utilized by the local people. I chose to honor his life by providing others with his uses and I do not regret it for one second. Once he was down there were people waiting to take his meat. They also took his tail to make jewelry, his bones to make other things, and did not waste a single part of him. I am grateful to be a part of something so good” REBECCA FRANCIS IS A HUNTER/CONSERVATIONIST and we stand behind her 100%!!”

On the other hand, this “explanation” post received almost 10,000 likes and has been shared over 2,700 times.

This story is similar to that of Kendall Jones, a 19-year-old huntress whose ‘trophy’ photos lead to a massive amount of outrage last year. That story ended with Facebook removing her dead animal photos. 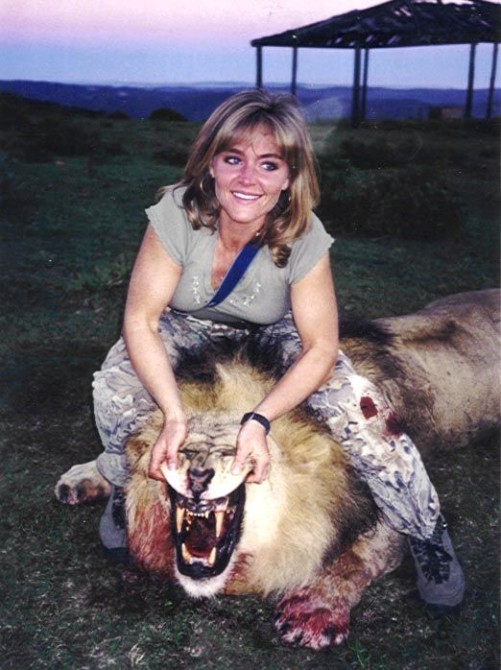 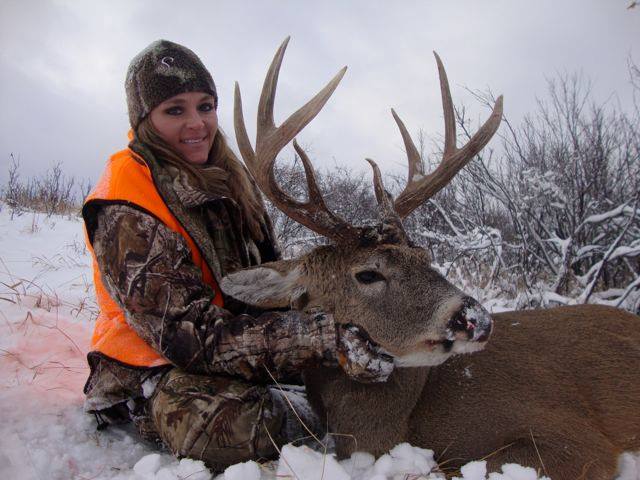 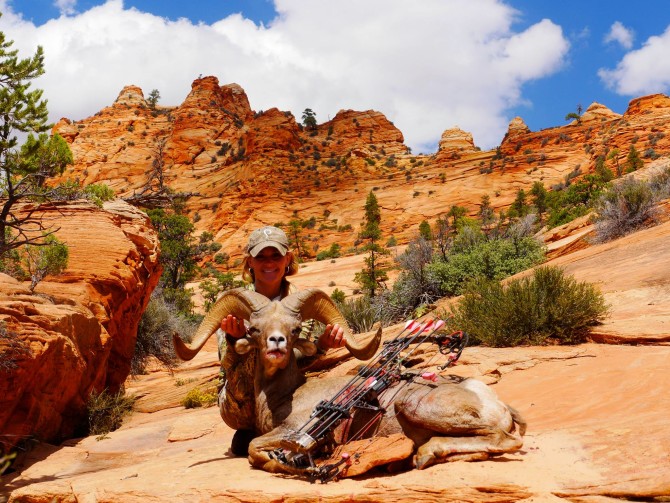 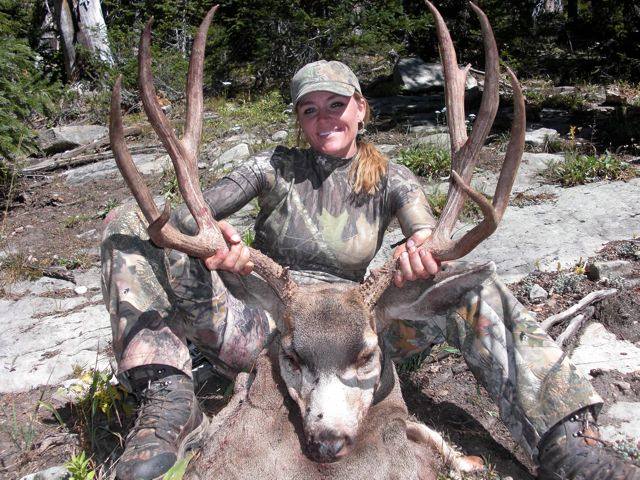 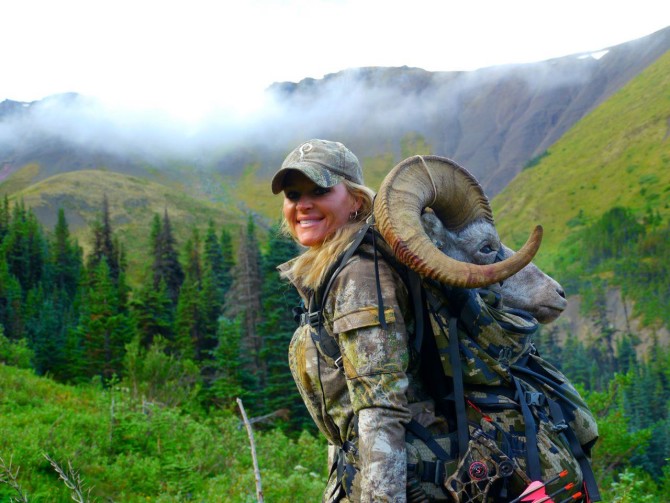 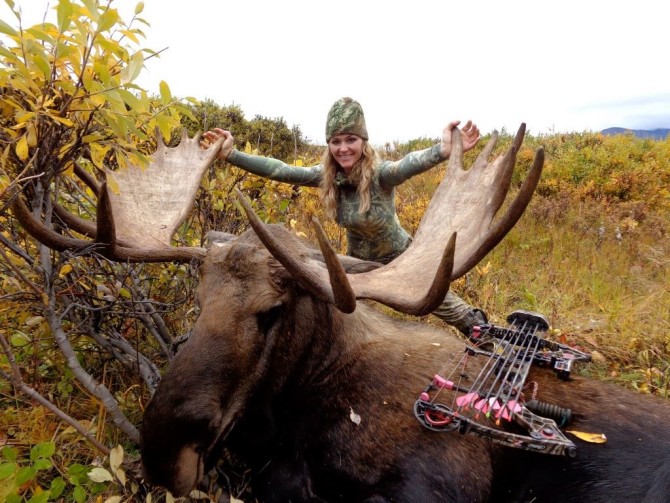 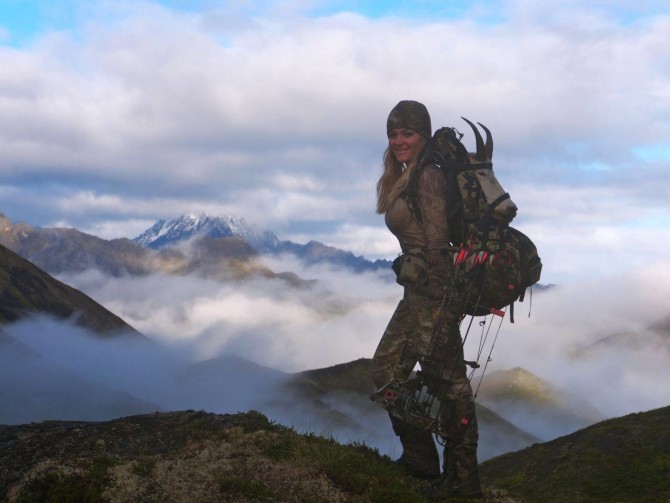 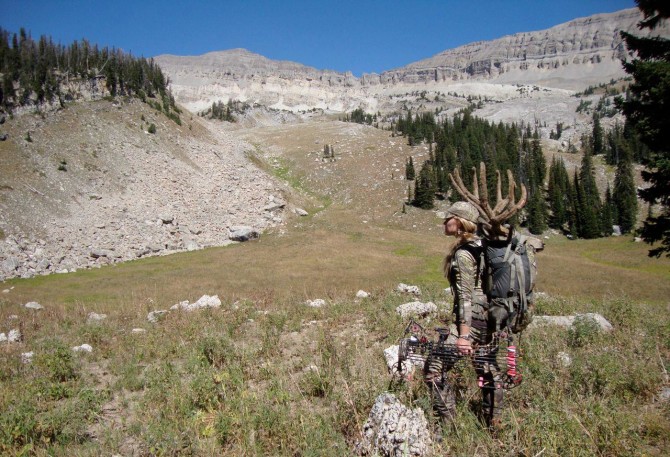