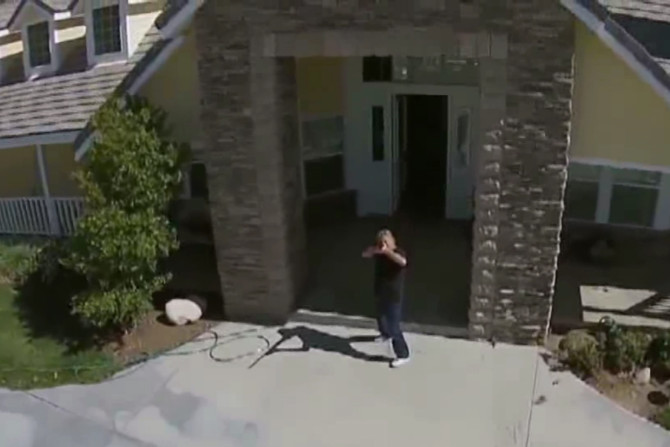 When Larry Breaux heard a drone flying over his California house he decided to grab his shotgun and shoot it out of the sky.

He failed to get a shot off at first and the drone tried to get away, but Breaux following it around the house and hit it with a single shot.

Claiming the drone was sent over his property in a deliberate act of harassment, suspicions have been raised that this might be a brilliant attempt to draw attention to Breaux’s failing Kickstarter campaign.

Breaux placed a sign promoting his organic lemons Kickstarter campaign at the entrance of his property, but he claims that not everybody is as excited about the project as he is.

“I get an anonymous phone call on my answering machine, ‘Hey, get rid of your eyesore sign or you won’t have any privacy'”, said Breaux, describing the events that took place prior to the appearance of the invading drone.

Once he heard the drone he grabbed the shotgun he uses to scare off coyotes and threw his cell phone to his friend to record the action.

Despite the impressive shot and the complete annihilation of the drone, the memory card survived enabling him to share the footage.

Although he says he saw and heard a figure on a nearby hill flying the drone, Breaux never found the drone operator and he hasn’t reported the harassment to the police.

So far the story seems to have all the necessary ingredients for it to go viral, and perhaps this is what caused Inside Edition to suspect this was all just a publicity stunt.

“All I can say is it’s a true story and I’ve got the raw video on my phone but not on the drone, and it’s just a freak thing that the chips survived”, said the aspiring lemon farmer, but the fact that his Kickstarter video includes drone footage of his property leaves reason to believe otherwise.

Breaux continued to deny being behind the nuisance drone and stated that he has never owned a drone.

So far his initial attempt to raise $180,000 failed miserably with just $981 pledged and, publicity stunt or not, Breaux’s current campaign doesn’t seem to be doing too well either with just $432 raised of the lowered $60,000 goal.

This could just be another part of an elaborate plan, but if Breaux was such a media mastermind I doubt he would wear the same shirt for both the Kickstarter video and the interview intended to boost it.

Judge Rules it Legal to Shoot Down Privacy-Invading Drones