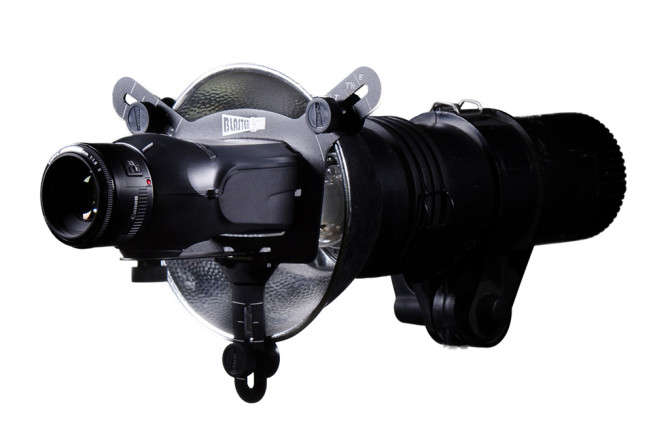 We are big fans of Spiffy Gear’s Light Blaster and have seen quite a few creative uses of it over the time. From jewels photography & commercial work through light graffiti , and even a wedding proposal. But studio shooters were always complaining about the need to use hot shoe Strobes with the system.

Today, the Light Blaster gets a new add on – a Universal Studio Strobe Adapter:

The Light Blaster Universal Studio Adapter gives you more blasting power by Attaching the Light Blaster to a studio strobe. The adapter is universal and uses a standard bowl reflector to attach to any studio strobe. Inside the box, you will find, a studio adapter, a small yellow pouch and a hood to keep any light spilling contained.

The adapter connects to a standard bowl reflector on the back side and to the Light Blaster on the front side. This patent pending design makes the kit compatible with all (or at least most) studio strobes.

There is a silvered interior hood that blocks all light leaks: 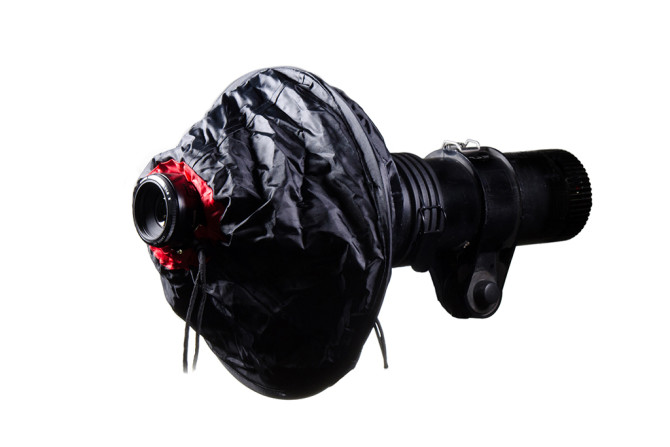 The box contains the adapter, the hood and a nylon bag to carry the adapter around. 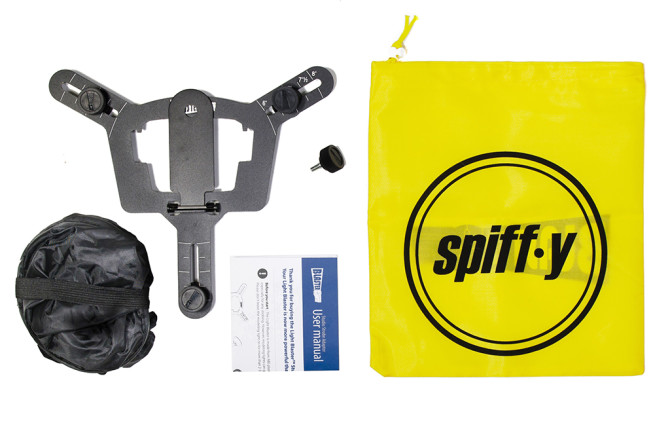 Sadly, the Adapter does not support continuous light, which would have been even more awesome.

While the Blaster itself will set you back $99, the studio adapter is an additional $120 which brings the total for a studio projection system to $220.

« Excuse Me? Why, Yes, My Camera DOES Take Great Pictures. Thank You For Noticing That
Watch How Cameras Change Over Time In These Morphing Animated GIFs »