Back when my wife and I were photographing the lovely pole dancing fitness instructors from Allure Fitness, I also used the opportunity to create some really cool and unique shots using the Spiffy Gear Light Blaster Gobo Creative Kit (B&H). 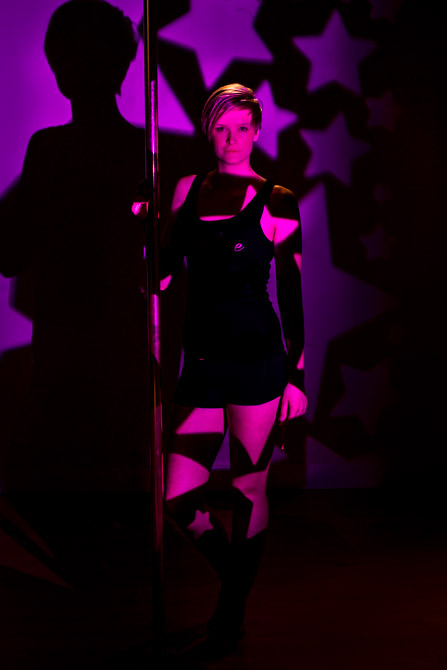 Read on to find our how these photos were created.

What Is A Light Blaster?

The Spiffy Gear Light Blaster (B&H) is a strobe based projector that allows you to project images from slides onto flat surfaces, like a backdrop or wall.  You can also project textures and shapes – all you need is a slide with the image, texture or shape you want to use.

With the new Light Blaster Gobo Creative Kit, you can now project the shadows of shapes – and because the gobos are metal, you can get true blacks and razor sharp edges.

(By the way, “gobo” is photographer speak for “go between” – in this case the metal slide that goes between your light and the object it is projected onto).

I used two different gobo slides for the following images. 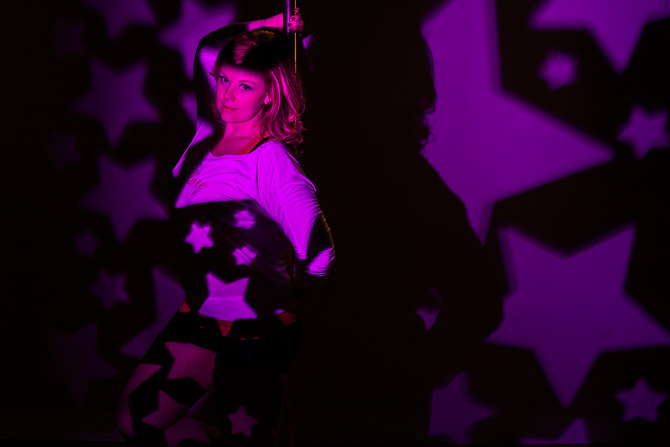 In this photo, I used the “Stars” gobo and the Light Blaster to project an image of stars onto my model and the background.  I also used a deep purple gel.

The Light Blaster is the only light source in this photo.  I am standing slightly to the left of the model, holding the Light Blaster which has a Nikon SB-800 strobe and a Canon 28mm f2.8 lens attached.

(My wife is the one who actually took the photo, I was just the lighting assistant for this shoot.)

It took a little bit of trial and error to position the Light Blaster just perfectly so that the model’s face was not covered by one of the star shadows.  And since you can only see the results of the Light Blaster projection in camera, it took about a dozen photos before we got this shot just right.

Here is a behind the scenes photo of the setup. 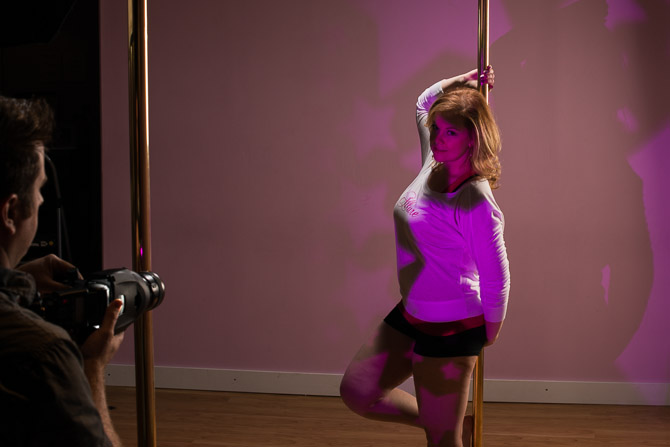 For this next photo I used the “Links” gobo with a pink gel (instead of purple) and the same technique to project an image of interconnected circles onto our model and the background. 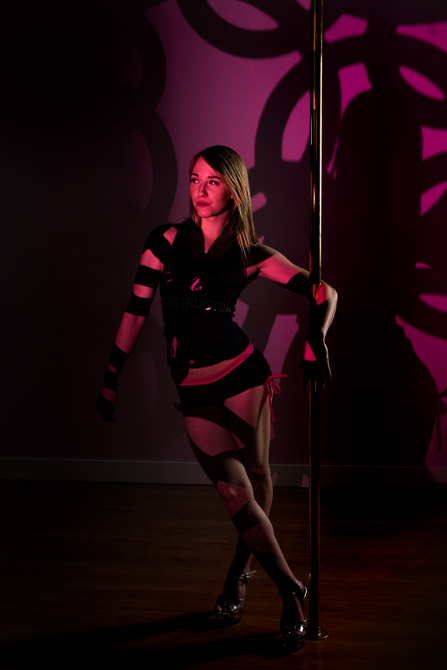 In this photo, I used the “Stars” gobo again with the same deep purple gel as the first images in the series.

The gobo image is being projected from the right side of the camera and far enough to the side so that the image is only projected onto the background, not the model. 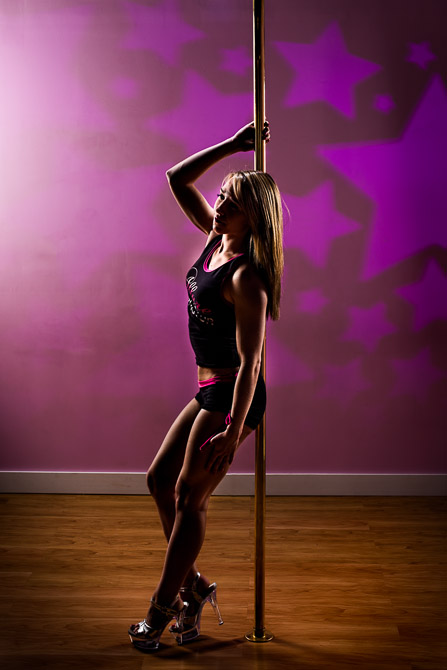 (For a details of the complete pole dancing fitness instructor shoot and a lighting diagram click here).

You can see that the gobo projection shadows are not quite as dark as they were with the first set of photos.  This is due to the amount of light spill on the background from the large softbox on the left.

I happen to like the effect in this photo, but if you only wanted to light the model and not the background, you would have to use a strip softbox with a grid to control your light better.