Being a student and Teacher’s Assistant of the late photography legend Roy DeCarava, composition and taking photos from the heart were the most important things I’ve learned as a photographer. Being an illustrator, I had always wanted to branch out back to my street art roots like my photography. 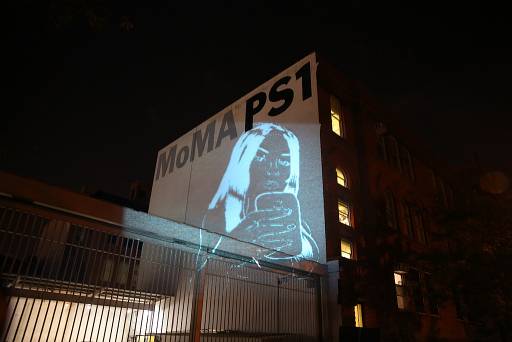 So when I first saw the Light Blaster – a portable slide projector – on DIYPhotography I was curious. It was a new way of creating an atmosphere. Having the portability and the ability to print my own slides got my attention. The light blaster seemed like a tool that could merge both these worlds of street art and photography.

My first ambitious use of the light blaster was a drawing I made of a muse, a summer romance whom inspired my piece for my solo show – Assault: NYC at Local Project Gallery in LIC. It was regarded as one of the most popular pieces, a young woman taking pictures of a possible crime with her cellphone. 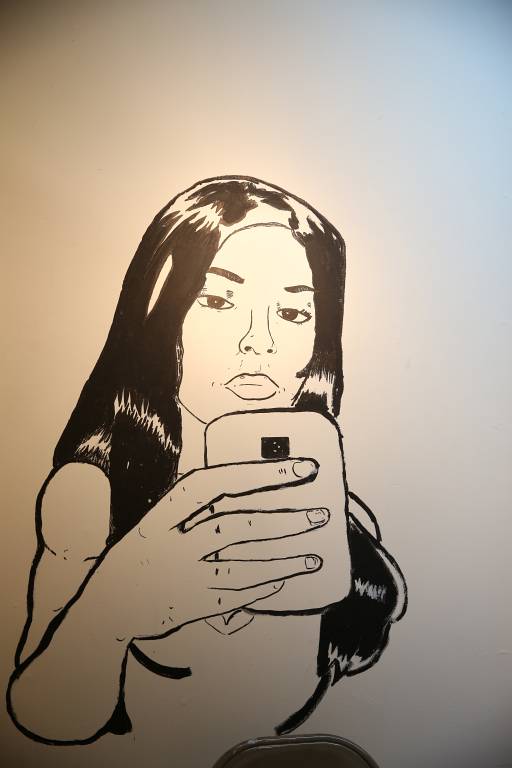 The piece was black acrylic paint on a white wall, and had gotten a huge reception. My friend, Graphitti Artist Meresone who runs the famed 5pointz building, had told me “this needs to be on the streets taking up a wall”.

A few months later, and the light blaster was announced on DIYP, and suddenly a light bulb went on. This would be my technique to bring this piece alive. I did some trial and error with different color laser transparencies I printed at my day job. Gladly, even the laser color printer had good results. Here is the slide I printed 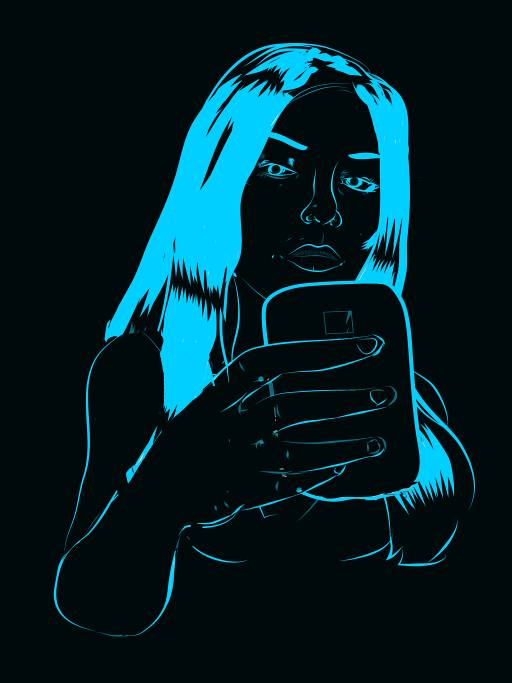 I had shot my first test outside my photo studio in long island city. I shot with a canon 580exII set to full power and a sigma 17-50mm 2.8 lens that I could no longer use with my Canon Eos 5dMarkIII. Setting was at 1600 Iso at 20 shutter speed and open all the way with the 24-70 2.8 usm .. I had huge ambitions so I decided, let me get my work up the unorthodox way on PS1 MoMa’s Wall facing Jackson avenue. 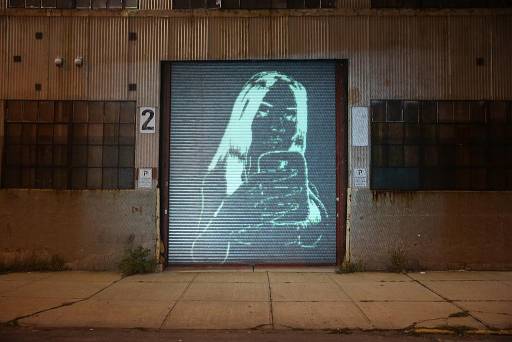 I had mounted the lightblaster on a Bogen mini light stand with an umbrella swivel. This gave me the ability to easily move the projection up and down. I then changed lenses using canons 50mm 1.4 which gave me more light to work with. I kept playing to get the right spread and the right amount of light. 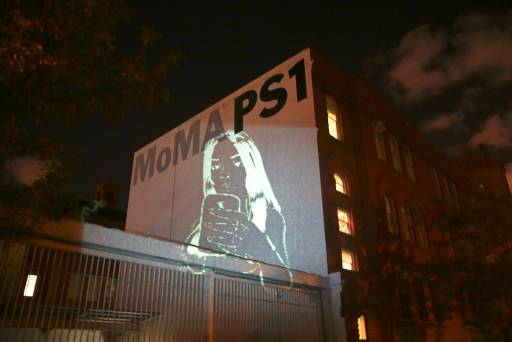 After the did was done I was awe, not realizing the real reason – my admiration for a woman named Monica Castro, who was the model for the illustration. This illustration was my sincere apology from an augment we had, thus going back to my Roy DeCarava roots of shooting from the heart.

The second transparency was a piece I did of Kurt Russell’s Character in Escape From New York, Snake Plissken. I had chosen the character from one of my favorite films, a fictional character that I consider America’s Che Guevara, a disabled war veteran, who represents all soldiers forgotten in meaningless wars . 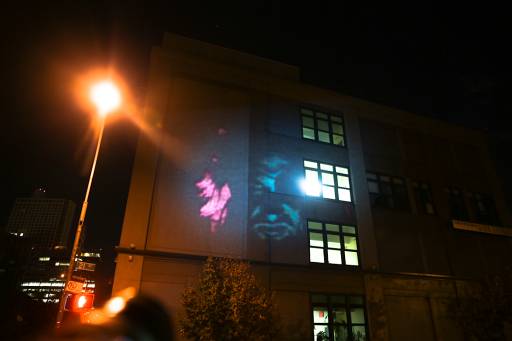 I had taken a 1080p still of the movie where Snake pilots the gullwing glider to the world trade center roof. The lighting on Kurt’s face was High Key and High rim. Which in itself almost looked like an bi-chromatic illustration – Green for the fill and red for the rim.

I used Photoshop to increase the highlights and midtones, and airbrushed parts for the transparency printing. I used Illustrator to print a the transparency from a template on the lightblaster site. My first printed transparency was a success. I managed to create a big piece of Snake Plissken looking down from a building.

The light blaster was at a 20foot distance, and the lens attached was a canon 50mm 1.4 and 580 exii at full power. After tagging Director John Carpenter‘s name, and posting it on his Facebook paged, he had responded to my work as Awesome and wanted to know how many projectors I used on his Facebook page. 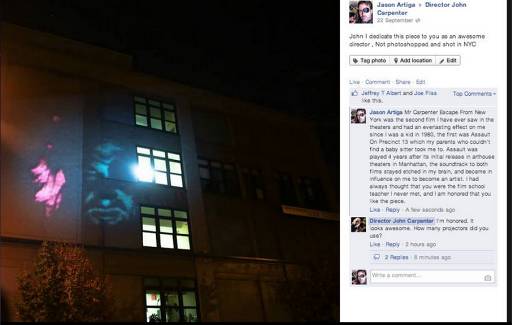 Jason Artiga is a professional photographer who studied and was a Teacher’s assistant for the late Roy DeCarava. He is also a resident illustrator at the Local Project Gallery In Long Island City which he resided for four years. He has a photo studio called Artiga studios. You can follow him on Flickr here and on his facebook here.

MoMA wants your photos. For free. Forever. For any use