Proposing is stressful, isn’t it. I mean, forget about the yes/no answer. Just making a decent proposal could be a killer project of its own. Photographer Marvin Lewis has been taking a photo a year for him and his girlfriend Amanda Marie friendship universities. Each year a different photo (you can check the below), but for the eighth, anniversary he decided to pop the big one, and so invited Amanda into the usual studio session.

Little did she know that Marvin placed a Light Blaster mounted with a Marry Me slide  that she could not see until the photo was actually taken. (The Light Blaster only projects a slide when the camera clicks, when the strobe inside of it goes off).

Imagine her surprise when she walked up to the LCD to chimp at the photo, while Marvin kneeling behind her holding a ring.

I asked Marvin about this special day and this is what he told me: 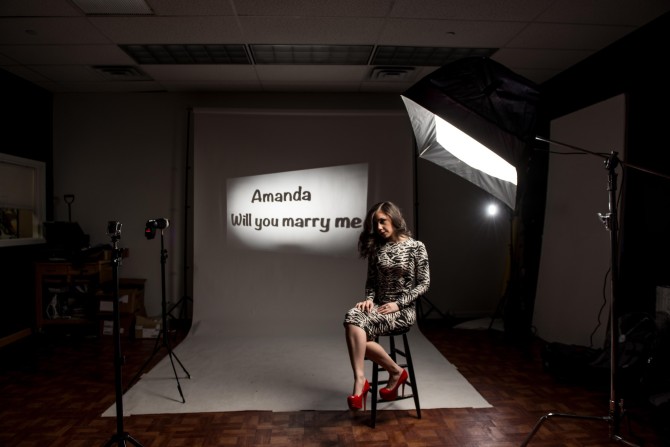 So I only knew I was going to be able to get the ring the Saturday before our anniversary (2/20/15) so I had a week to get everything in order. I didn’t sleep that week… I ordered the Blaster from B&H because I knew it would be here quick – it came the next day.

I searched the Internet on how to make the slide and couldn’t really find an exact answer. Most people said they used a printer and a piece of transparency paper. I didn’t have either, so I went to staples (an office supply store) and asked if they made transparencies. They did!

If they didn’t, I would have been out of luck. So I used the pdf file from the Light Blaster website and made a few slides. (I also made duplicates just In case I needed to double them up – I did) in the picture below it shows a couple of the slides I made to test. They are taped together and doubled up. 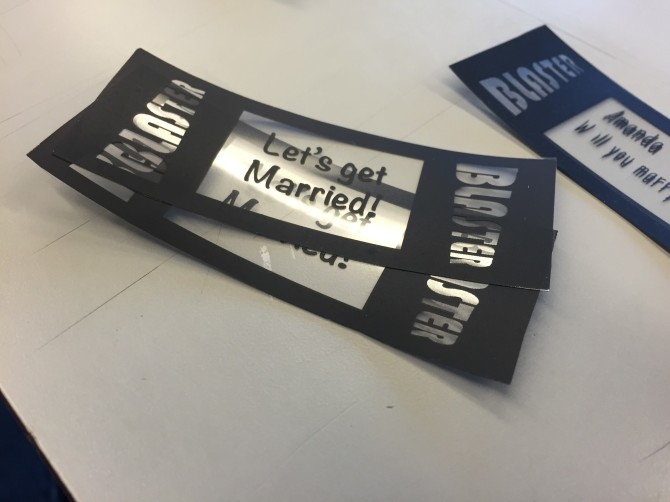 The total for two transparencies made was about 2 dollars and 20 cent.

After that I set it up the night before and I prayed and got ready. 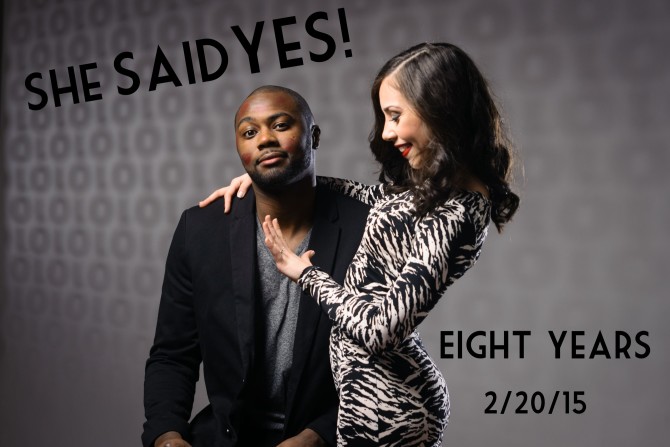 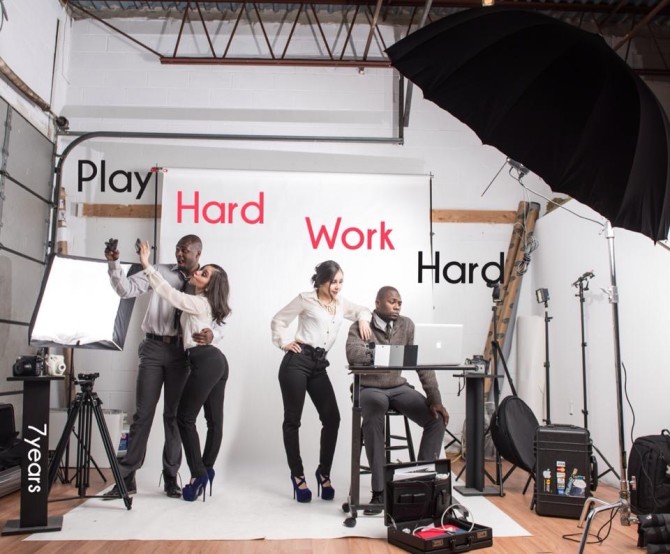 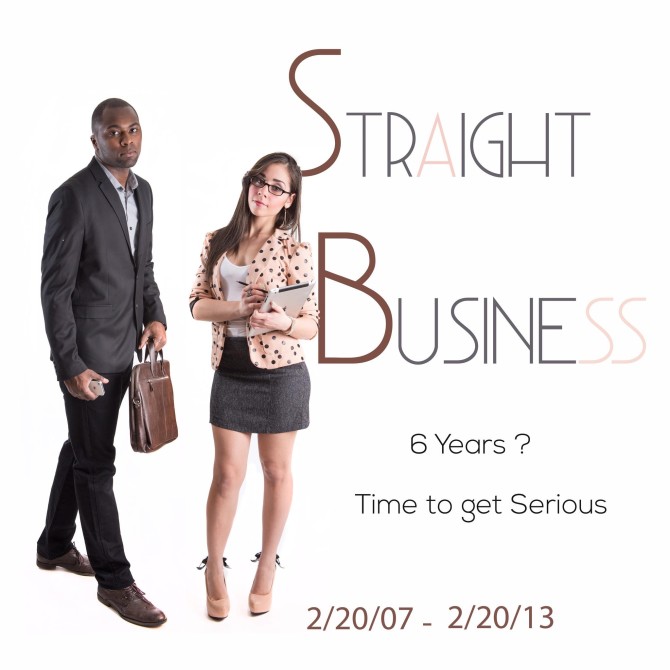 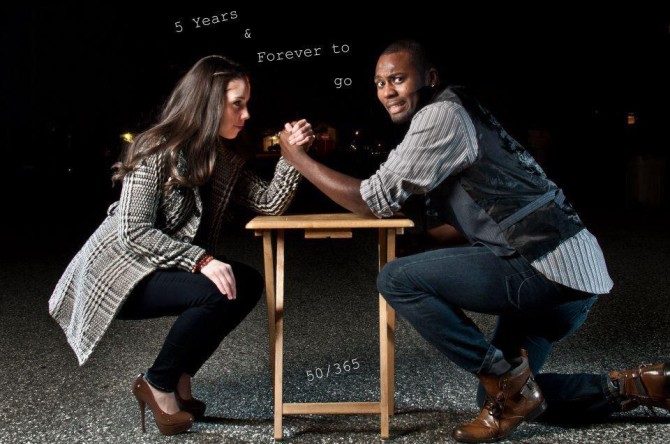 Rapper ‘Presto Flo’ Falls Into Harbor During A Photoshoot