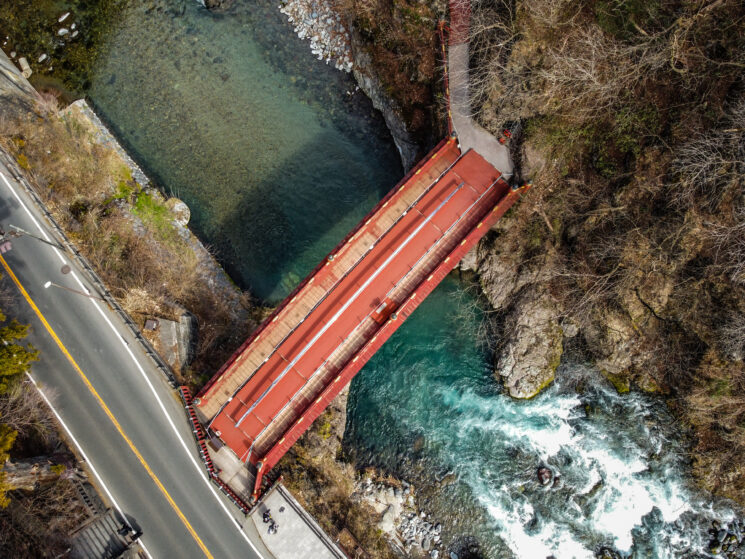 First responders Police and Fire rescue teams were called to a scene in Rochester, New York in the early morning when a member of the public reported a person hanging from a bridge. When the rescue teams arrived they discovered an experienced circus performer and photographer wrapping up a photoshoot.

Trapeze performer Julia Baccellieri was hanging from the bridge in Genesee Valley Park posing for photos at around 7:40 am and was surprised when the fire department showed up for her ‘rescue operation’.

“We just finished the photo shoot,” Baccellieri told ABC13. “Avi [the photographer] and I gave thumbs up and I was like, ‘all right I’m gonna come up and come down.’ And then we had the rescue and the police all show up,” she explained.

Julia is an experienced travelling trapeze performer and has done similar stunts in other locations around the US. She was in Rochester for a series of performances and often teams up with local photographers to create interesting images. this time, however, the images were a little more interesting than she had imagined. 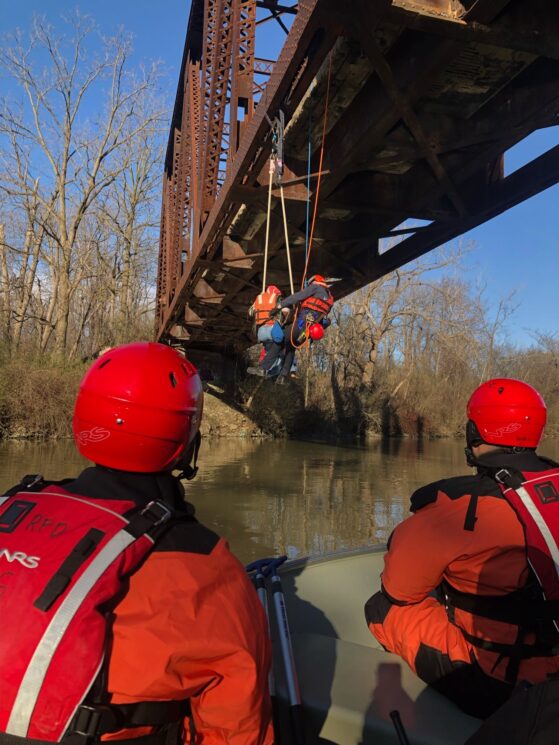 It’s not completely unlikely for such a thing to happen when a well-meaning member of the public misinterprets what they see and calls the emergency services. However, in a more bizarre turn of events, in this case, the fire department insisted on rescuing Julia with a team of over 24 people and a boat, according to ABC13 News.

“Think she was a little confused that we were all there,” Rochester Firefighter Joseph Lee told the news station. “And she said she does this all the time, but we were there to help her out.”

Even more strange is the Rochester Police Fire Department’s report on Facebook which clearly states that they carried out a successful rescue operation that took 40 minutes and involved an officer rappelling from the bridge. They deadpan “due to the Brave and Heroic actions of the Rochester Fire Department a life was saved today.”

This morning at 0741 hrs. the Rochester Fire Department was called to Vixette St./ Genesee St. for the person hanging…

Now, reading comments on the post, there is a consensus that the circus performer and photographer should not have been doing the shoot on the bridge, that they were trespassing without permission to shoot there, and that they should foot the rescue bill.

At the very least, if doing such a risky shoot on public land, it probably would have been a good idea to at least get permission in advance. That way, you won’t be at risk of wasting the time of the police and fire departments who may have needed to respond to a real emergency.