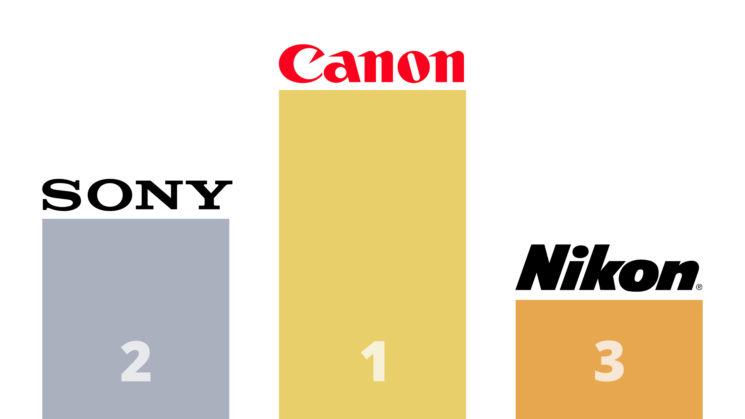 Well, it was bound to happen, wasn’t it? Nikon has been slacking on the mirrorless front and Nikkei now reports that they are projected to take 3rd place behind Sony in camera sales for this fiscal year. In a year where Nikon is set to record their first loss, at around $92 million (way down from their initial projections of $110 million profit), this isn’t good news for the company.

Much of Nikon’s problems have been attributed to their late entry into the mirrorless market, allowing Sony to develop and refine several generations of mirrorless bodies before Nikon had even released their first. It probably doesn’t help that features promised almost a year ago still haven’t been implemented, either. It doesn’t exactly fill customers with confidence. And things were looking so promising, too.

It’s not all Nikon’s fault, though. Sony hasn’t overtaken them by default. Sony has been aggressively going after both Nikon and Canon for a long time, and they’ve been sinking a lot of money into R&D in order to do it.

But all three manufacturers are actually seeing a downturn in sales. So, it’s not that Sony’s sales have massively increased over Nikon’s. All three have dropped. Sony just hasn’t dropped quite as much as Nikon has. Canon still maintains their lead, for now, and has a goal to own 50% market share by 2020, so it will be interesting to see how this next year plays out, especially with mirrorless cameras now starting to be more accepted at a professional level.

While professional users are a small fraction of each of the three companies sales, they’re still who the less experienced users turn to for advice on what to buy. Much of the time, they’ll buy whatever those working professionals they look up to recommend. And I don’t see a lot of people recommending Nikon lately (except when the D750 is on sale).

I live in hope that Nikon is gearing up to make a big announcement. The Z6 & Z7 finally get raw video support. They along with the XQD DSLRs all get CFexpress support. They finally start adopting things like dual card slots in their mirrorless cameras, and proper fully articulated LCDs and not just tilting ones.

And I’m not just saying that as a Nikon shooter of 20 years. Competition drives innovation. Sony seems to be the only one who realises that at the moment, though.

One thing I am curious about is how Sigma will fare in the future. Now that their cameras seem to be going a little more mainstream, and with the technology they own, they could produce a lot of very unique and interesting kit.

« 7 photography-related gifts I’ve received and why I love even the cringeworthy ones
How to make sure you don’t lose your presets, brushes and actions when you upgrade Photoshop »